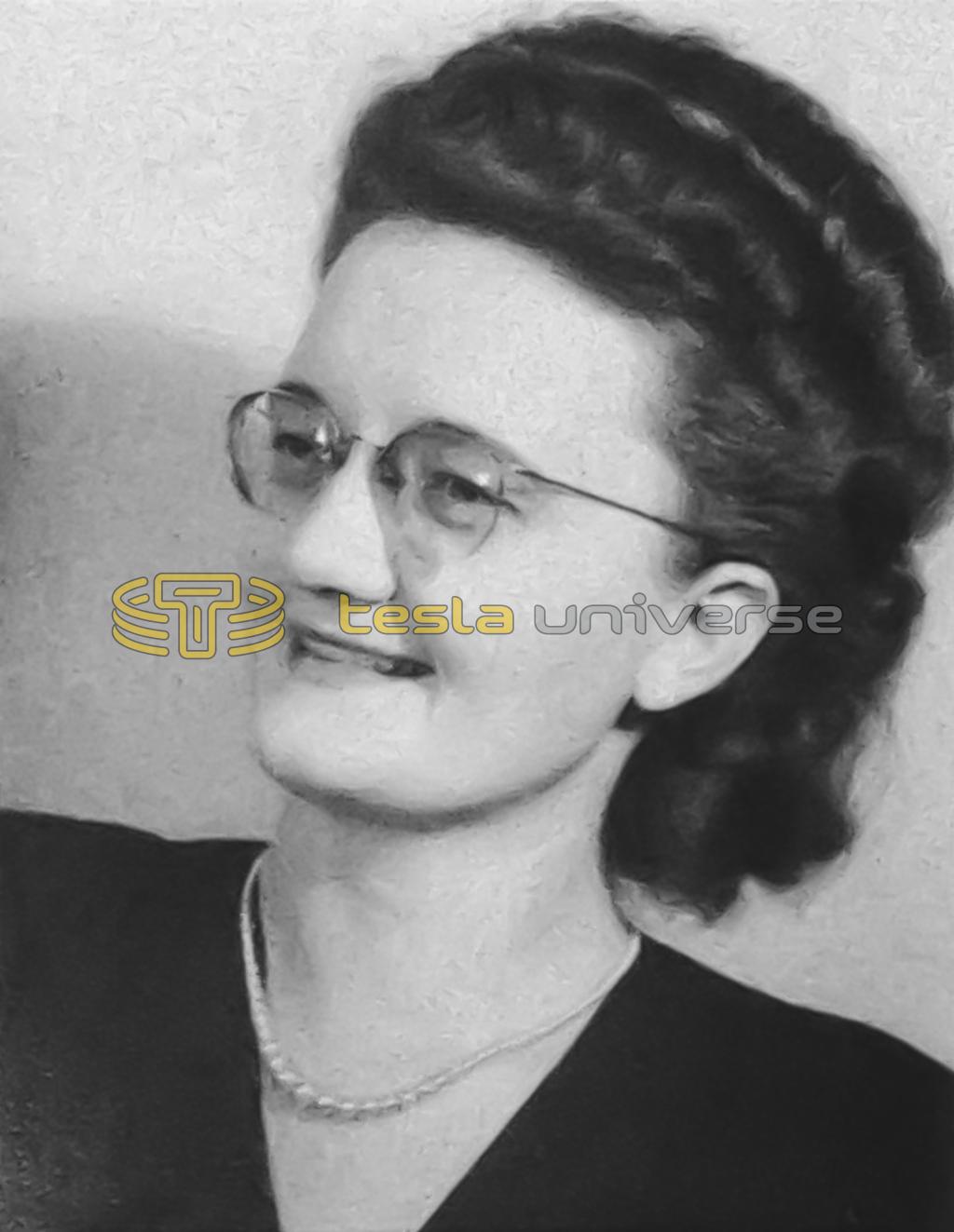 Miss. Charlotte Muzar was born October 31, 1913 and lived to be 100 years old, passing in March of 2013. She is best-known for her work as secretary and assistant to Sava Kosanović who was Tesla's nephew and a diplomat.

Miss Muzar helped with caring for Tesla during his latter years while he was living at the New Yorker Hotel and she was present there when Tesla's safe was opened after his death. Ms. Muzar was instrumental in establishing the Nikola Tesla Museum in Belgrade, Serbia and was entrusted with the task of transporting the ashes of Tesla to the museum in 1957, the year the museum opened.