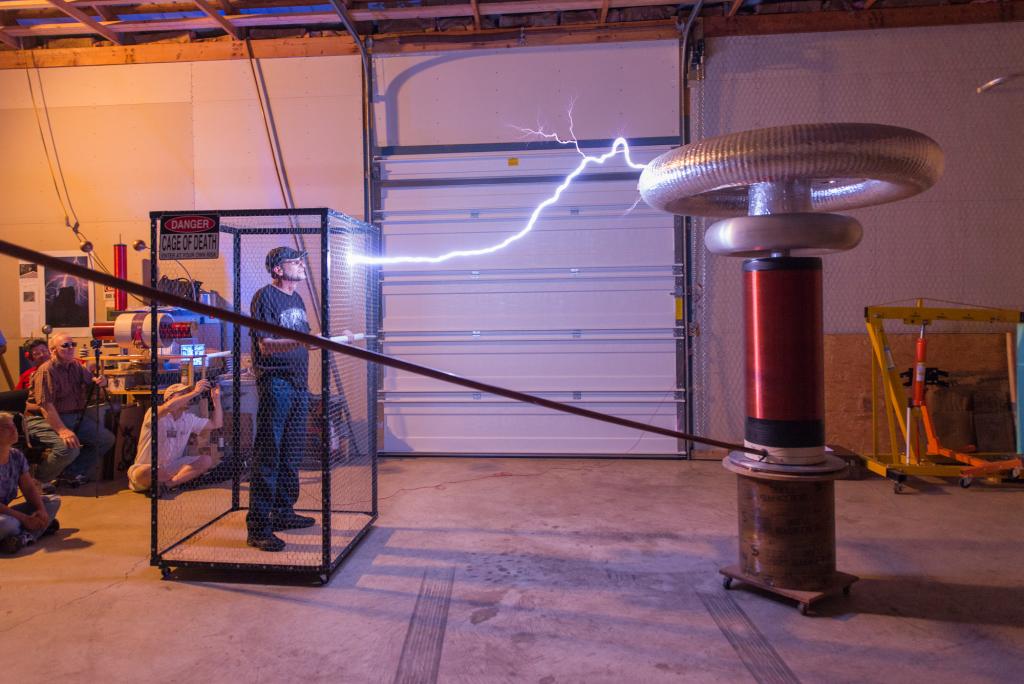 Cameron and I recently attended the R.A.T.C.B Teslathon in Brockport, NY. This year was a special year because it was Ed Wingate's twentieth year to host the event. Ed was presented with a plaque to commerate the event, and Tom Vales hosted a “roast” for him (which will be posted on the Tesla Universe YouTube channel). This year saw fewer demonstrations than in previous years, leaving plenty of time for discussing coiling with fellow enthusiasts. The flea market was a success, and many great deals were had. That said, I did find some vendors selling some rather questionable merchandise. If you want to know what I mean you should have a look at the photo gallery to the right. The gallery contains images of the event taken by Cameron and myself.