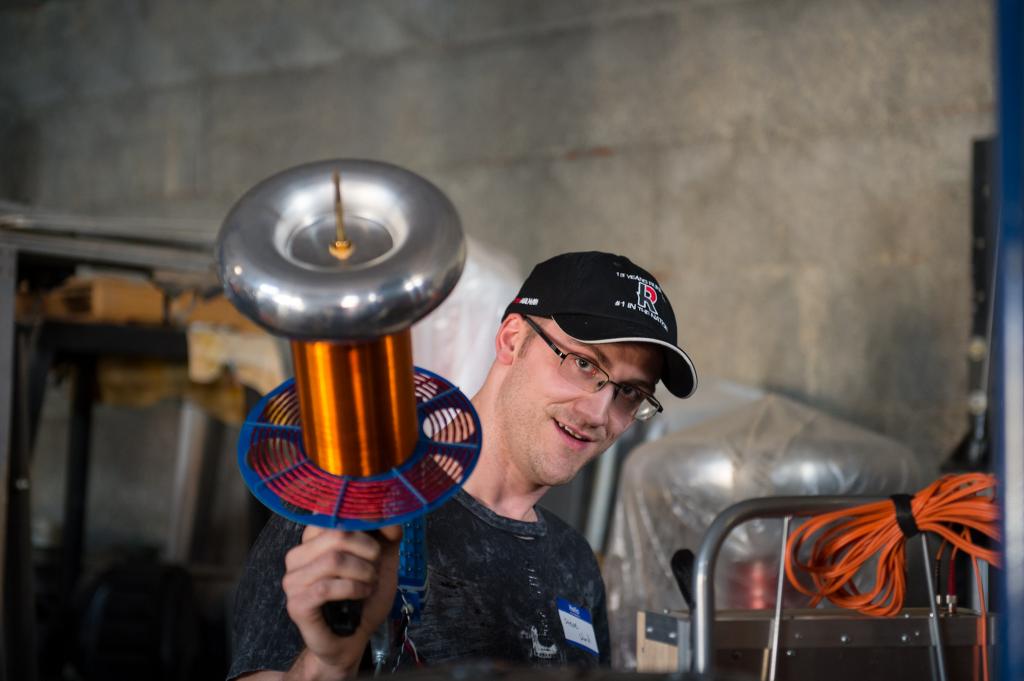 Henry and Chris hosted yet another exciting Teslathon this year. This marks the 8th Western Winter Teslathon they have hosted and it was as exciting as ever. There was a nice variety of different kinds of Tesla Coils including Chris Hooper's new bipolar DRSSTC. Tyler Steineckert was back with his twin DRSSTC's after upgrading his MMC after last years failure. They performed very well and sounded nice as well. Bart Anderson was back with his 8" DRSSTC with a much bigger MMC that rocked out until he had an unfortunate IGBT failure. Due to Popular request, Henry Hurass wheeled out Zotzilla, but due to some unexpected tuning issues, its performance was cut short. Lastly, Eric Goodchild was there with his and Jeff Thomas' twin DRSSTCs accompanied by Jeff's MIDI drum set and xylophone.

Perhaps the most impressive display was Steve Ward's newly developed Tesla Gun which demonstrates the new UD3 driver board along with some cutting-edge Tesla coil technology that he and Phillip Slawinski have been working very hard on.

I would like to thank Chris (Dr. Spark) and Henry (Dr. Hankenstein) for putting on another great Teslathon and I hope to attend again next year! I have contributed a number of photos which you can view in this year's gallery.