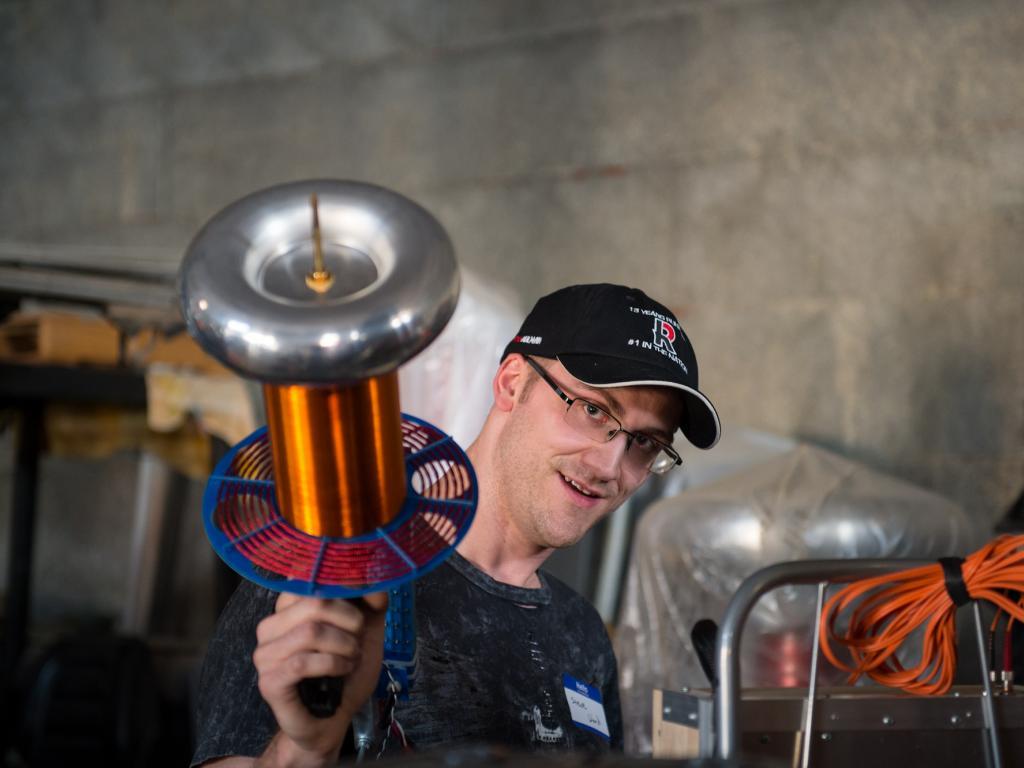 Steve Ward is the modern-day father of Tesla coils as a key designer, along with fellow solid-state Tesla coil pioneers, Richie Burnett and Terry Fritz, of the IGBT-based circuit most all high-power Tesla coils use to this day.

Steve has a passion for high voltage and started out like a lot of us did with transformers and tubes, but his education in electronics led him to go beyond what many of us coilers now coin as "metal," referring to the heavy, bulky and more dangerous components needed for a traditional Tesla coil.

Steve is primarily responsible for the Tesla gun that is featured on Jimmy Kimmel with Science Bob and the Smarter Every Day episode with Tesla Universe founder, Cameron Prince.

Steve was also a member of the famed ArcAttack group featured on America's Got Talent and in Make Magazine.