The 1984 TCBA roster for newsletter subscribers exceeded 350 and was the largest membership to date. Of course, the membership roll for January drops considerably and thereafter begins to climb as more renewals and new members come in. The grand total of names listed in our files since 1982 is just over 600.

Our sale of the T. Curtis book, HIGH FREQUENCY APPARATUS, is going quite well. As of this date, we have sold over 100 copies. There have been a number of inquiries regarding possible reprints of other classics. I do not intend to initiate any more book reprint projects until our present supply of the Curtis book is exhausted (see my remarks under A TESLA COIL BIBLIOGRAPHY).

The University of Washington Coil

Those of you who have been with TCBA since its inception or have a complete file of the newsletter may remember our mention of a tip from Gordon Linn regarding a Tesla coil at the U. of Washington back in the 1920's. Well, our long research has paid off. However, there was not just one but several coils in use at that time. TCBA has come across two issues of SCIENCE & INVENTION magazine which fully describe them. The “Tesla Coils Resurrected” column for this issue covers part 1 of the article. The second part, describing the construction of the coils, will be carried in the April issue.

Just as we were about to pat ourselves on the back for solving the mystery of the U. of W. coil(s), member C.K. Shanks of Portland, Oregon, threw another research challenge at us. He has informed TCBA that a large horizontal bipolar Tesla coil was in use at the U. of Colorado some years ago. One of the interesting points about this coil is that it employed a pair of anti-corona rings. Readers may recall my mentioning the application of this principle in the “Input/Output” column of Volume 3 TCBA is looking into this matter and would appreciate hearing from readers who have knowledge of this coil.

We were somewhat puzzled by a statement from the Tesla Museum in Belgrade regarding the 5 books it has published about Tesla. Member Donald G. Bruns has shed some light on the mystery. The 5th book is “Centenary of the Birth of Nikola Tesla.” Mr. Bruns states that it is available from Arthur Vanous, 1 Richard Court, River Edge, NJ 07661. Write for price as it may be available in both paperback and hardcover (?).

Some time ago, TCBA mentioned a number of roads or streets named after Tesla. D.G. Bruns informs us, again, that there is a street in Colorado Springs named TESLA DRIVE.

This issue is dedicated to Alfred P. Morgan. Mr. Morgan was a prolific writer of technical books devoted to the subjects of electricity, wireless telegraphy, and radio. His book, “The Boy Electrician,” proved to be one of the most successful project books ever written. It is without doubt that many basement tinkerers and experimenters, who later entered the field of electrical engineering, received their initial Tesla coil experience through this book. Mr. Morgan dedicated his book, “Wireless Telegraphy and Telephony,” to Tesla. It may interest readers to know that the Tesla coil project featured in Volume 1 #2 is identical to the project in “The Boy Electrician.” (see below). 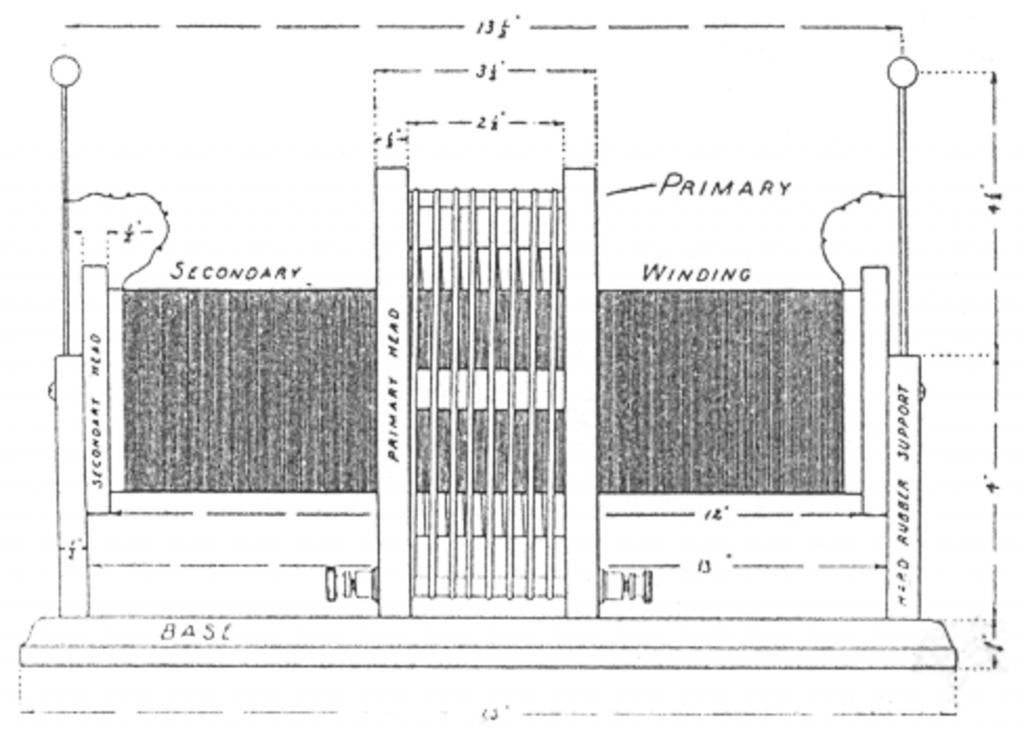 The cover for this issue features member R.S. Hedin's project. A description of his high frequency coil is given in the “Member Activity” column.

TCBA received a number of inquiries regarding the Zero Point R&D project in Boise, Idaho. As you may recall, this group is involved in the investigation of the Tesla Magnifying Transmitter. We were notified that phone calls were being unanswered by the Zero Point staff. TCBA has been informed that preliminary tests were undertaken this past summer and the project is now on hold until some major design changes can be made. No doubt, the Zero Point staff was just too busy with the project to answer the phone.

We've been informed that an article by high voltage expert Robert Golka will in the February issue of Radio Electronics magazine. Readers may recall the Golka experiment in Utah a few years ago. Mr. Golka investigated the Tesla Magnifying Transmitter in an attempt to duplicate Tesla's ball lightning experiments.

I wish to take this moment to express my appreciation to those who remembered to include their membership # when renewing their subscription. Believe me, it's no small favor as over 600 names must be inspected in order to locate the correct name. Thanks for the helping hand! 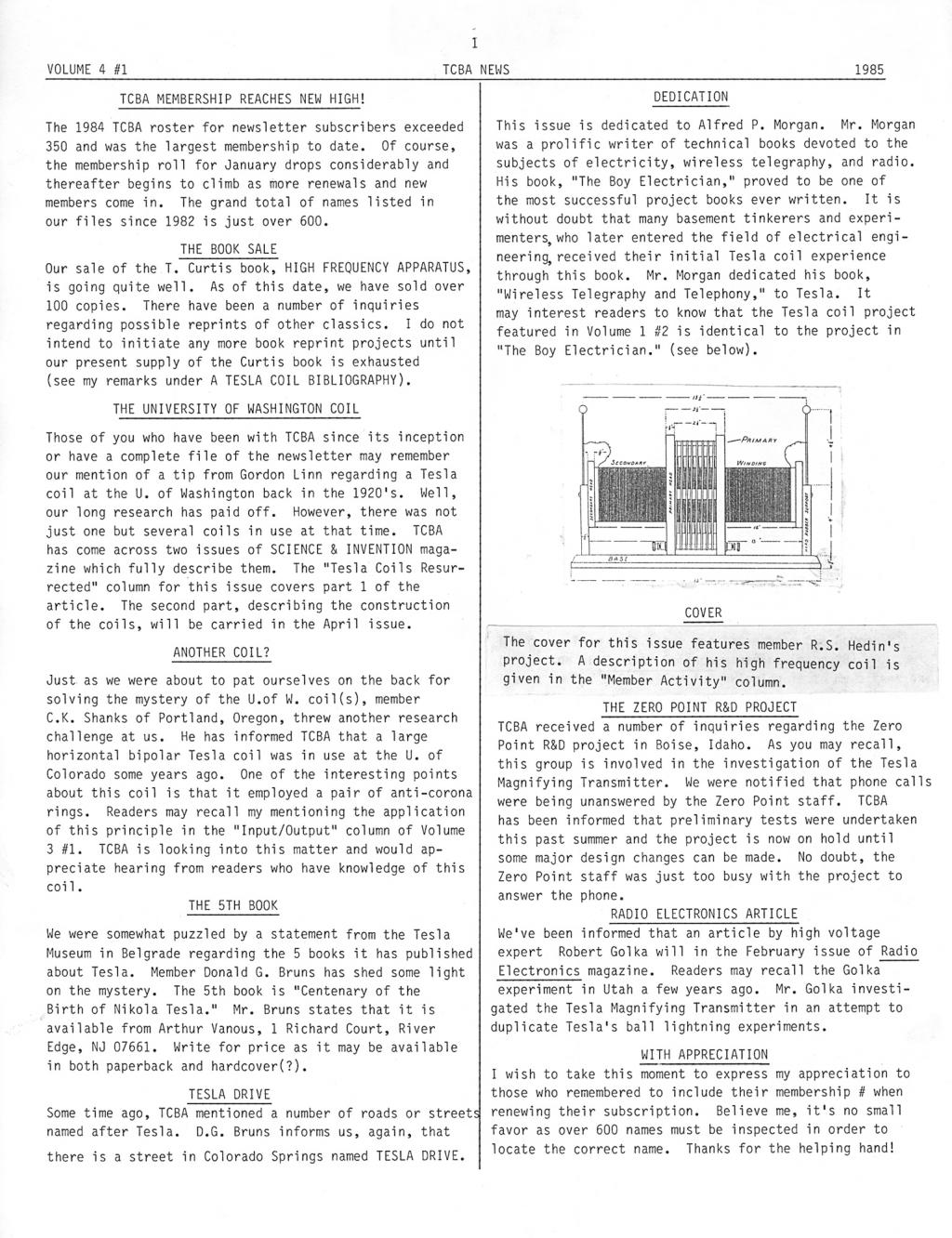