Invention of a “beam of matter moving at high velocity” which would act as a “beam of destructive energy” was announced today by Dr. Nikola Tesla, the inventor, in his annual birthday interview. Dr. Tesla is 78, and for the past several years has made his anniversary the occasion for an announcement of scientific discoveries.

The beam, as described by the inventor to rather bewildered reporters, would be projected on land from power houses set 200 miles or so apart and would provide an impenetrable wall about a country in time of war. Anything with which the ray came in contact would be destroyed, the inventor indicated. Planes would fall, armies would be wiped out and even the smallest country might so insure “security” against which nothing could avail.

Dr. Tesla announced that he plans to suggest his method at Geneva as an insurance of peace. 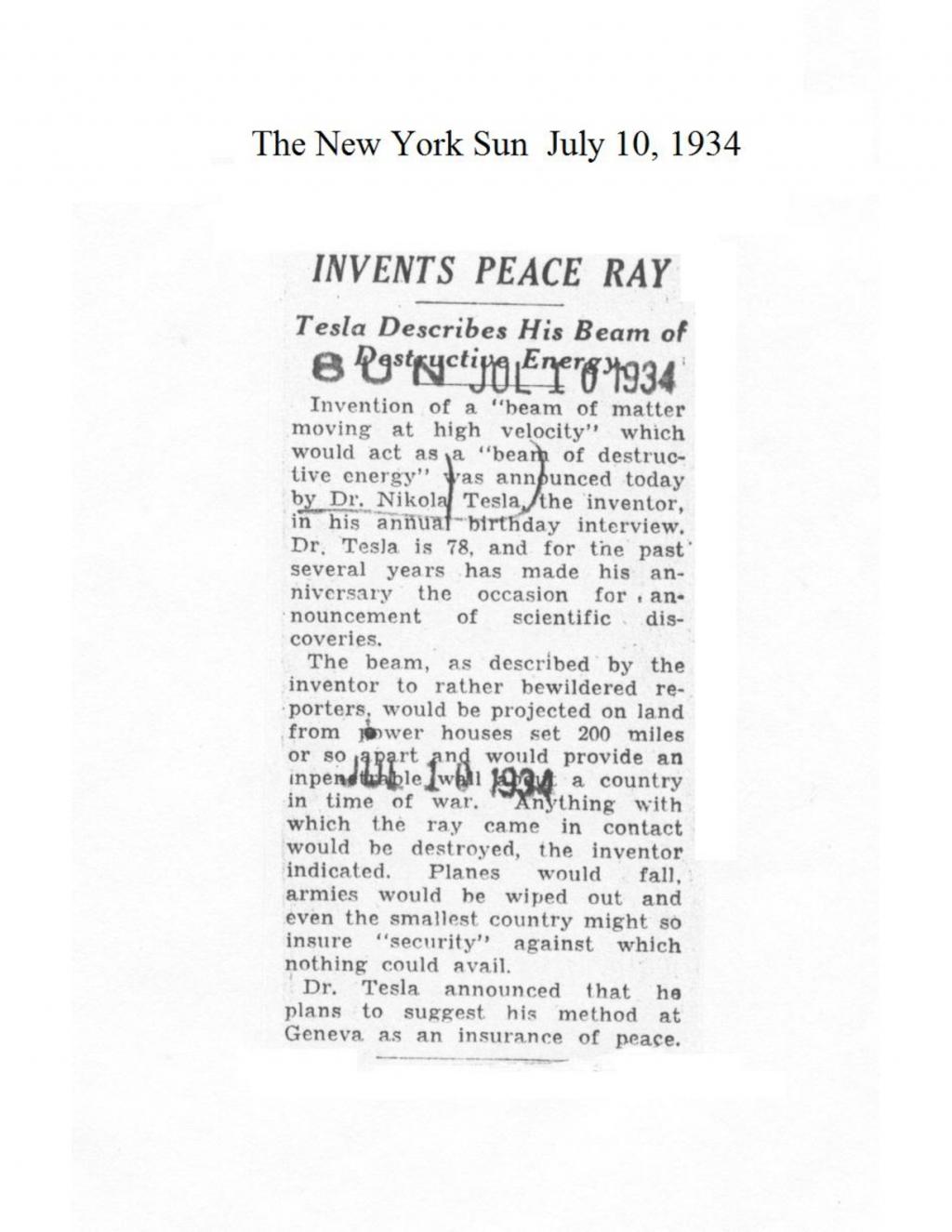