'Lost' Tesla lab may be found

Could be an interesting find they made Tuesday over at the southeast corner of Institute Street and Pikes Peak Avenue.

Could be, just possibly, that they dug up the site of an old research lab used by the fascinating and eccentric wizard of electricity Nikola Tesla.

That was the news that an employee of the Colorado School for the Deaf and the Blind carried over to our newsroom. The excavation, being done for St. Francis Hospital, is just south of the D & B School.

“They found a concrete foundation, about 10 feet deep, filled with rebar — the metal bar used to reinforce concrete,” he said.

Tesla was known to have done research “somewhere between the school and the old Union Printers Home,” he added — a report verified by clips in our files.

If that is the site, it'd be quite a coincidence; I just got a press release last week from some people who are trying to organize a sort of Tesla Appreciation Seminar. They want to hold it in the Springs next summer.

'Twas 100 years ago next summer that Tesla immigrated to the United States from what is now Yugoslavia. He teamed up with Thomas Alva Edison for a while, then came their professional and personal rift.

In 1899 Tesla wound up in Colorado Springs, where he did practical and theoretical work on wireless power transmission — at one point blowing out a generator at the city's power plant. Tesla, who died in New York in 1943, also claimed that his Colorado Springs work had opened the door to a secret “death ray” that was never perfected.

Anyway, for the 100th anniversary of Tesla's arrival in the U.S., several laymen and members of the scientific community are proposing a conference here to discuss his work and theories. 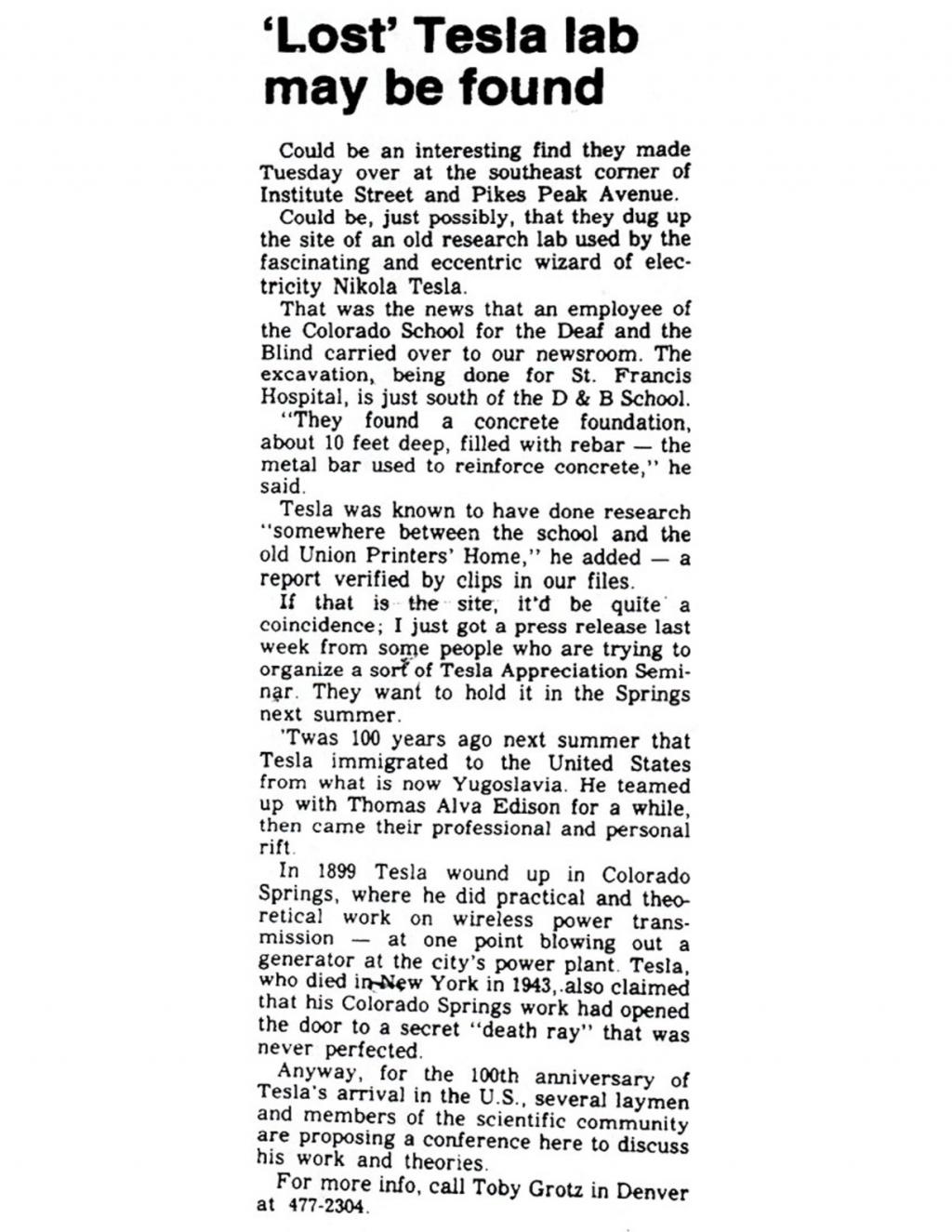