The discovery of a new poet in an event not to be passed over lightly. How much more important, then, when the new luminary is a National poet, depicting the life and aspirations of his people and idolized by his countrymen! Nikola Tesla pauses long enough in his investigations of electric currents of high potentiality to introduce to the English-speaking world the chief Servian poet, Zmai Jovan Jovanovich. He has written a brief sketch of Zmai for the May number of “The Century.” Zmai who was born on the southern border of Hungary in 1833, ss now a practising physician at Belgrade, beloved by all his compatriots. Besides his poetry, Zmai has written a play, a number of novels, and has founded and conducted with great success several humorous and satirical journals. Indeed, from one of them, “Zmai” (“the dragon”), he has taken his name. Tesla has given a literal translation of a few of Zmai’s shorter poems, and Mr. Robert Underwood Johnson has put them into metrical form. 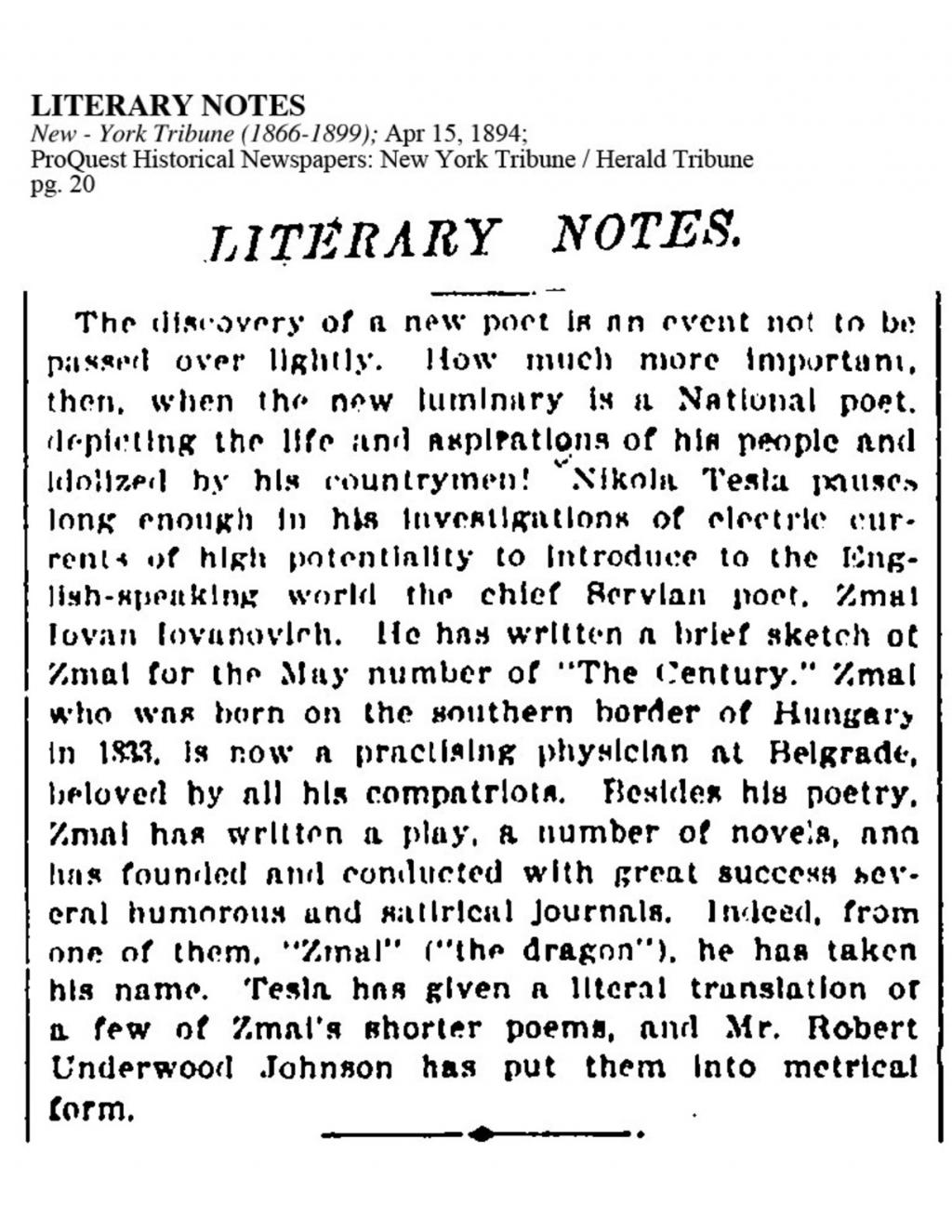