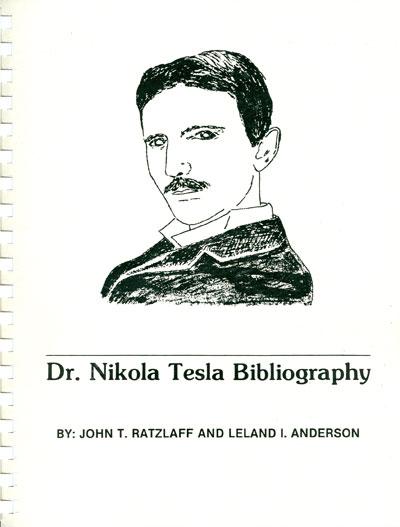 by John T. Ratzlaff and Leland I. Anderson

First published in 1979, this is the second printing of an exhaustive annotated bibliography of writings by and about the inventor Nikola Tesla (1856-1943). The period covered is from 1884 through 1978 with approximately 3,000 citations arranged in chronological order. In compiling this edition, all earlier bibliographical efforts were merged, with both North American and European sources being cited. In addition to searching periodical directories and newspaper indexes, complete runs of 23 serials were examined for content; morgue files were examined for unindexed newspapers; Tesla's estate papers were examined for reference to obscure published articles; clipping files in major institutional and public libraries were examined. The end result is a major work that to this day serves as an aid to the user in following the sequence of Tesla's life, scientific discoveries, and accomplishments.