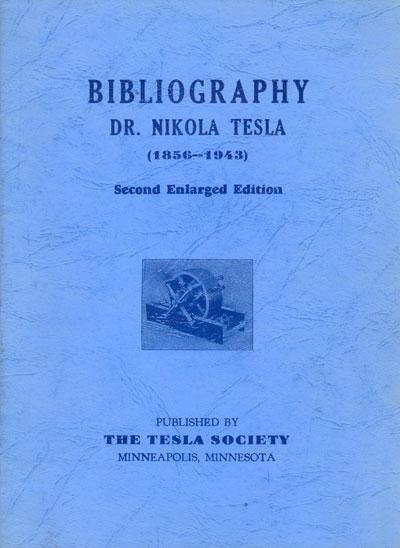 To the inquiring student, the early writings of Nikola Tesla still retain their stimulating quality of presenting new avenues of investigation yet to be explored. Tesla was an indefatigable research scientist who, as the true explorer, found the laboratory a more adventurous surrounding than the office. It is not too surprising then that the complete disclosure in scientific papers and discourse in technical journals was frequently dismissed - such omissions having been a great source of annoyance to the historical and research student. The very nature and effect of this state of affairs was recognized by Tesla when he stated (in 1899), “I have had but little time to devote to the fulfillment of a duty which, next to that of turning his best efforts to diligent inquiry in the fields he has chosen, is the most important to a scientific man; namely, that of giving an exact record of the results obtained...” May this Bibliography, presented on the occasion of the Centennial Anniversary of Tesla's birth, July 10, 1956, serve to help bridge the gap that has existed between the student, historian, and scientist, and the writings on the inventions, researches, and life of Nikola Tesla.