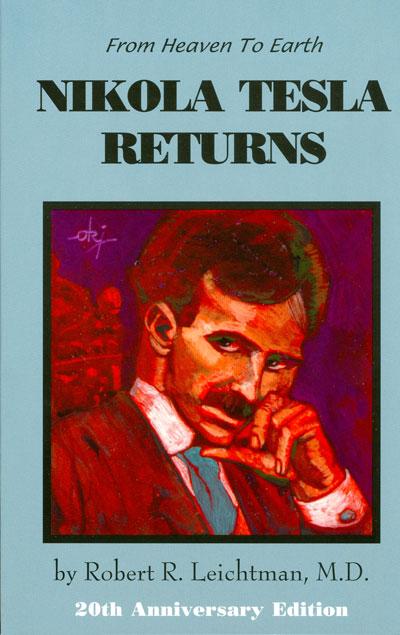 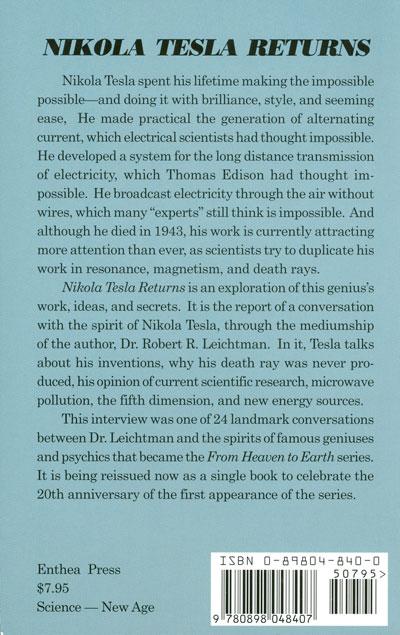 Nikola Tesla spent his lifetime making the impossible possible - and doing it with brilliance, style, and seeming ease. He made practical the generation of alternating current, which electrical scientists had thought impossible. He developed a system for the long distance transmission of eletricity, which Thomas Edison had thought impossible. He broadcast electricity through the air without wires, which many “experts” still think is impossible. And although he died in 1943, his work is currently attracting more attention than ever, as scientists try to duplicate his work in resonance, magnetism, and death rays.

Nikola Tesla Returns is an exploration of this genius's work, ideas, and secrets. It is the report of a conversation with the spirit of Nikola Tesla, through the mediumship of the author, Dr. Robert R. Leichtman. In it, Tesla talks about his inventions, why his death ray was never produced, the fifth dimension, and new energy sources.

This interview was one of 24 landmark conversations between Dr. Leichtman and the spirits of famous geniuses and psychics that became the From Heaven to Earth series. It is being reissued now as a single book to celebrate the 20th anniversary of the first appearance of the series.