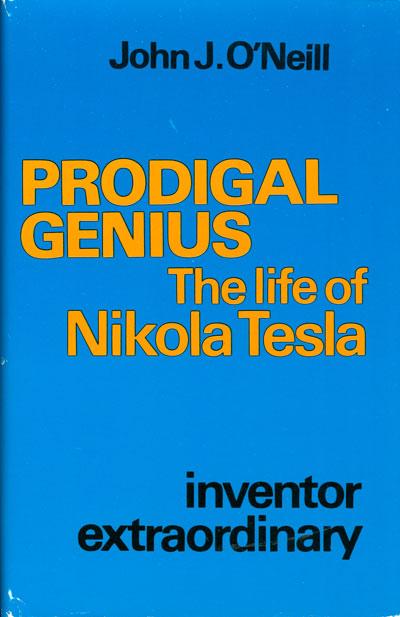 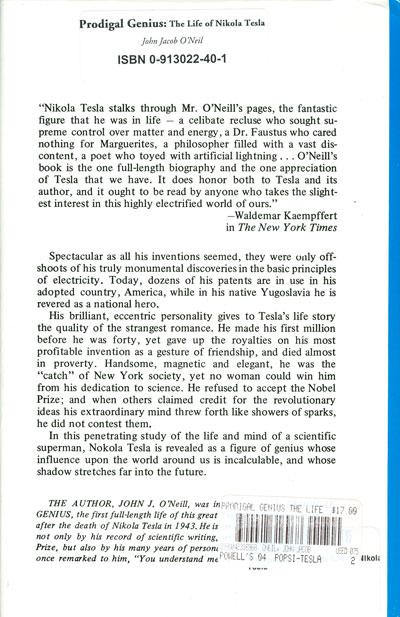 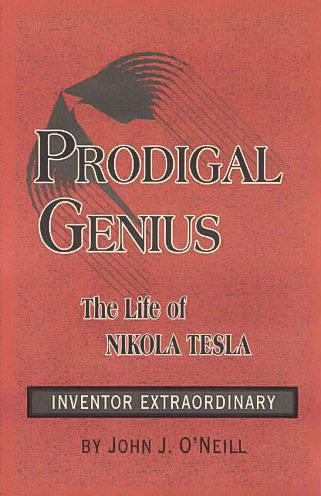 “Nikola Tesla stalks through Mr. O'Neill's pages, the fantastic figure that he was in life - a celibate recluse who sought supreme control over matter and energy, a Dr. Faustus who cared nothing for Marguerites, a philosopher filled with a vast discontent, a poet who toyed with artificial lightning... O'Neill's book is the one full-length biography and the one appreciation of Tesla that we have. It does honor both to Tesla and its author, and it ought to be read by anyone who takes the slightest interest in this highly electrified world of ours.” - Waldemar Kaempffert in The New York Times

Spectacular as all his inventions seemed, they were only offshoots of his truly monumental discoveries in the basic principles of electricity. Today, dozens of his patents are in use in his adopted country, America, while in his native Yugoslavia he is revered as a national hero.

His brilliant, eccentric personality gives to Tesla's life story the quality of the strangest romance. He made his first million before he was forty, yet gave up the royalties on his most profitable invention as a gesture of friendship, and died almost in poverty. Handsome, magnetic and elegant, he was the “catch” of New York society, yet no woman could win him from his dedication to science. He refused to accept the Nobel Prize; and when others claimed credit for the revolutionary ideas his extraordinary mind threw forth like showers of sparks, he did not contest them.

In this penetrating study of the life and mind of a scientific superman, Nikola Tesla is revealed as a figure of genius whose influence upon the world around us is incalculable, and whose shadow stretches far into the future.

The author, John J. O'Neill, was inspired to write Prodigal Genius, the first full-length biography of the life of this great Yugoslav-American inventor, after the death of Nikola Tesla in 1943. He is eminently fitted for this task, not only by his record of scientific writing, which won him the Pulitzer Prize, but also by his many years of personal friendship with Tesla, who once remarked to him, “You understand me better than any man alive.”