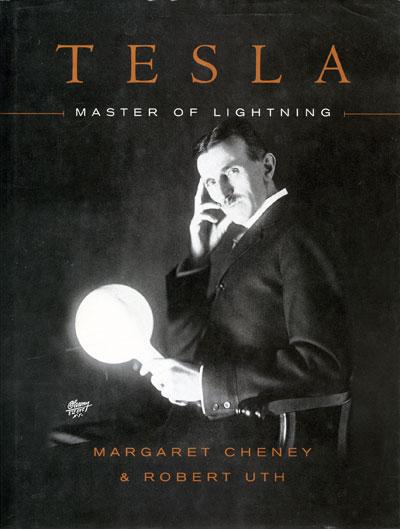 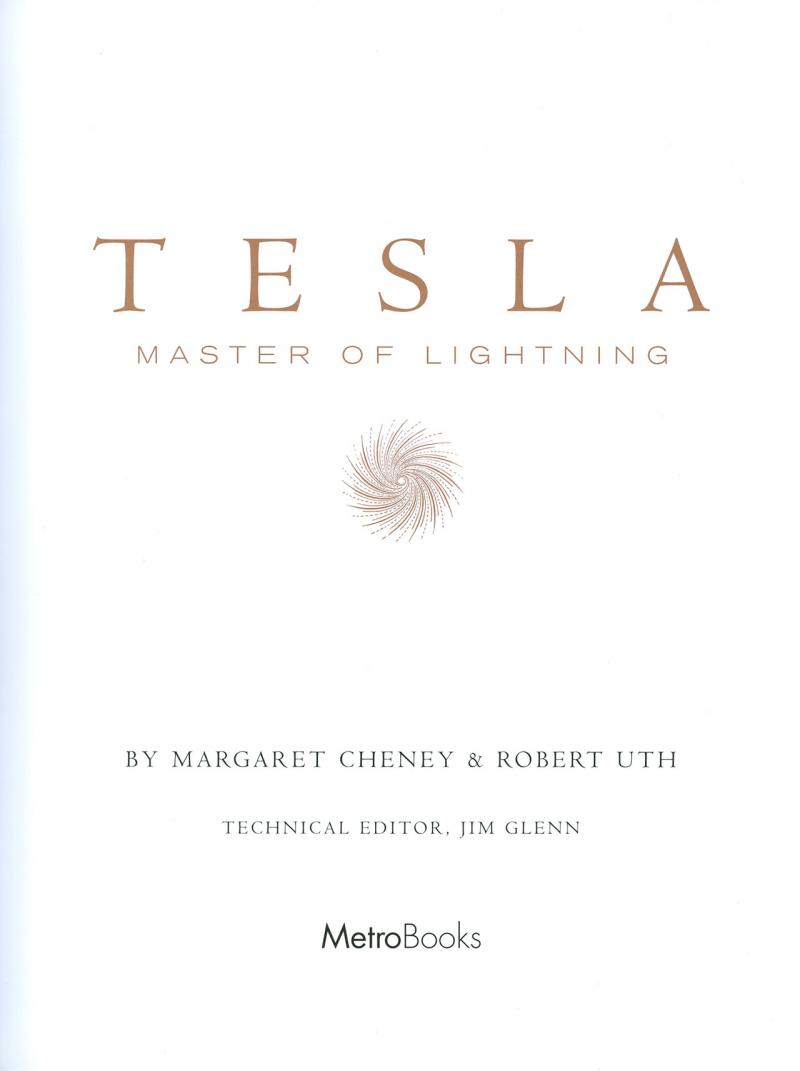 by Margaret Cheney and Robert Uth

This is the story of a genius - the enigmatic Nikola Tesla (1856-1943) - and his vast contribution to science. While Thomas Edison was thrilling engineers with the development of the DC (direct current) motor, Tesla had already devised the far superior AC (alternating current) model, which quickly became the industry standard. Tesla then set out to best himself by attempting large-scale wireless transfers of electricity.

Tracing the inventor's life from its beginnings in Croatia, Tesla: Master of Lightning details his dramatic experimentation with high voltage in laboratories in New York and Colorado. In addition to Tesla's groundbreaking work with AC motors and dynamos, and his use of the latter in pioneering hydroelectric power, the authors recount how his Tesla coil spawned radio transmission (his precedence over Marconi in the conception of radio was established after years of patent controversy), neon lights, radar, and a whole array of high-voltage marvels. By placing Tesla's patents and inventions in historical context, the book documents how aspects of television, X-rays, satellite transmission, and advance defense systems such as the U.S. Strategic Defense Initiative (Star Wars) were foreshadowed in Tesla's work.

Years in the making, this thoroughly researched volume presents important new materials: archival documents and photographs from the Tesla Museum in Belgrade; excerpts from Tesla's writings, lectures, and diaries; selections from his correspondence (some previously unpublished) with such notables as Albert Einstein, the J. P. Morgan family, Robert Underwood Johnson, and Mark Twain; and interviews with leading modern Tesla specialists, as well as with people who knew Tesla personally.

The 250 black-and-white and duotone images in the book create an invaluable visual record of the man and his times, vividly showcasing his inventions and working methods, as well as portraying the high society legendary figures who alternately embraced and spurned him. Thirty-six informative sidebars help to explain the science and engineering underlying Tesla's vision - hydroelectric power, electromagnetic polyphase systems, and broadcast power, to name a few.

Tesla: Master of Lightning illuminates the life and grand scientific achievements of this eccentric wizard, many of whose revolutionary ideas are still coming to fruition today.

Margaret Cheney is the author of three previous books, including the classic biography Tesla: Man Out of Time for which she received the first International Tesla Award. A former Associated Press editor, she is currently a member of the executive board of the Tesla Memorial Society. She resides in California.

Robert Uth is a documentary film producer and writer. With his wife, Simonida, he has spent years researching the life of Nikola Tesla. This research is reflected in his documentary Tesla: Master of Lightning.