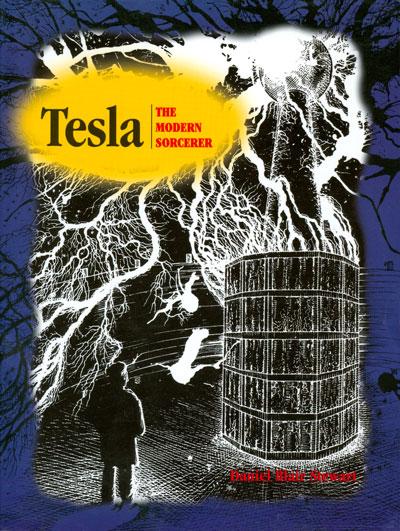 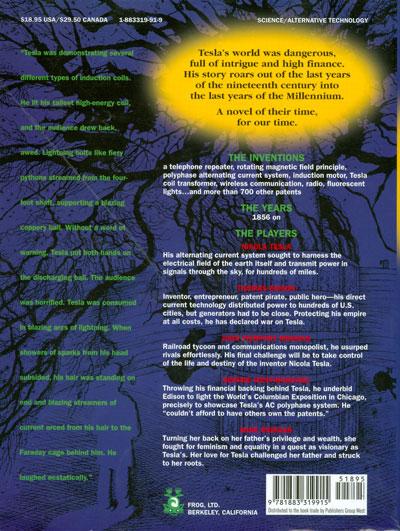 Toward the end of the nineteenth century dawned an age, all but forgotten. It was an era of immense flying machines, tall buildings, electric wires and telegraph cables. Miracles of science astonished the masses of Europe and the United States daily. Thomas Edison arose to prominence on an empire of stolen patents. He epitomized the spirit of the industrial age.

Suddenly Edison faced a mysterious rival, the enigmatic genius Nikola Tesla. This Serbian inventor tackled the problem of generating and utilizing alternating current, making Edison's direct current monopoly obsolete. He went on to invent radio before Marconi, develop X-rays and telephonics, and contributed fluorescent and neon lighting, microwave technology and wireless systems for the generation and transmission of current anywhere in the world for free.

His experiments in his Colorado Springs laboratory led to the building of towering Tesla coils, for the generation of artificial lightning, to be harnessed by his technologies. He built Wardenclyffe Tower to power the world on limitless energy and faced sudden financial ruin in 1905 when investor J. P. Morgan withdrew his financial support while claiming exclusive rights to the inventor's works.

Tesla: The Modern Sorcerer is an epic tale of the early age of technology, the climax of the industrial revolution. It is also a fascinating study of one of history's most prodigal geniuses.

Daniel Blair Stewart is a novelist and artist who resides in Northern California with his son, River. He is the author of Akhunaton: The Extraterrestrial King, an epic tail of alien contact in ancient Egypt, and Pinnacle (Mendocino Publishing), the saga of a band of UFO abductees lost in a labyrinth of deadly conspiracies.