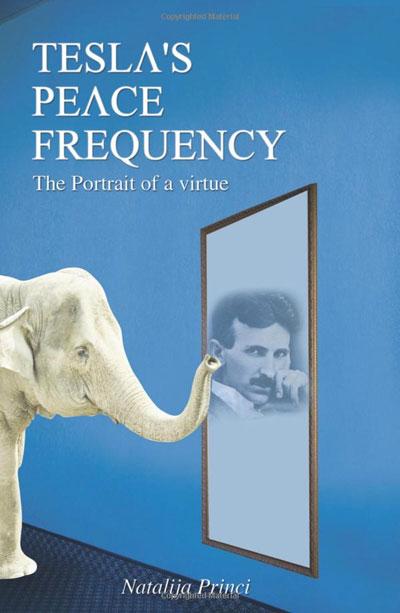 Tesla's Peace Frequency: The Portrait of a Virtue

Nikola Tesla is synonymous with the “Man who invented the 21st century.” The two are the same person. Nevertheless, about himself he wrote only a short 60-page autobiography, written in his early sixties, which he named “My Inventions.” Although he lived another 25 years he never added to his early writings, believing that everything important in his life was over. All his major inventions had been completed by then. What else was there to write about, thought this great man, in his infinite humility? Fortunately, such grand yet humble men leave many disciples behind them to write about them even after they have gone too far away to be seen but still close enough to inspire. “Tesla's Peace Frequency” is a portrait of one of them, a virtuous man named Nikola Tesla.

Allegorically, it portraits the very last days of his life in the form of a prayer. In The Name of the Father he encounters his father for the last time. In the Holy Ghost he joins his soror mystica. In Amen he finishes his controversial opus magnum. This short but extremely intense novel consists of deep reflections over humanity and carries with it a great message. Its main aim is increasing human consciousness about distinguishing good from evil as was the main aim of Nikola Tesla's lifelong struggle. One's salvation could only be brought about thru one's own efforts, pointed out Tesla quite rightly, but on the other hand, he was very eager to push humanity towards this simple truth. His disciples follow his path. He was, humanity, Very Truly Yours, but we were too blind to understand that!