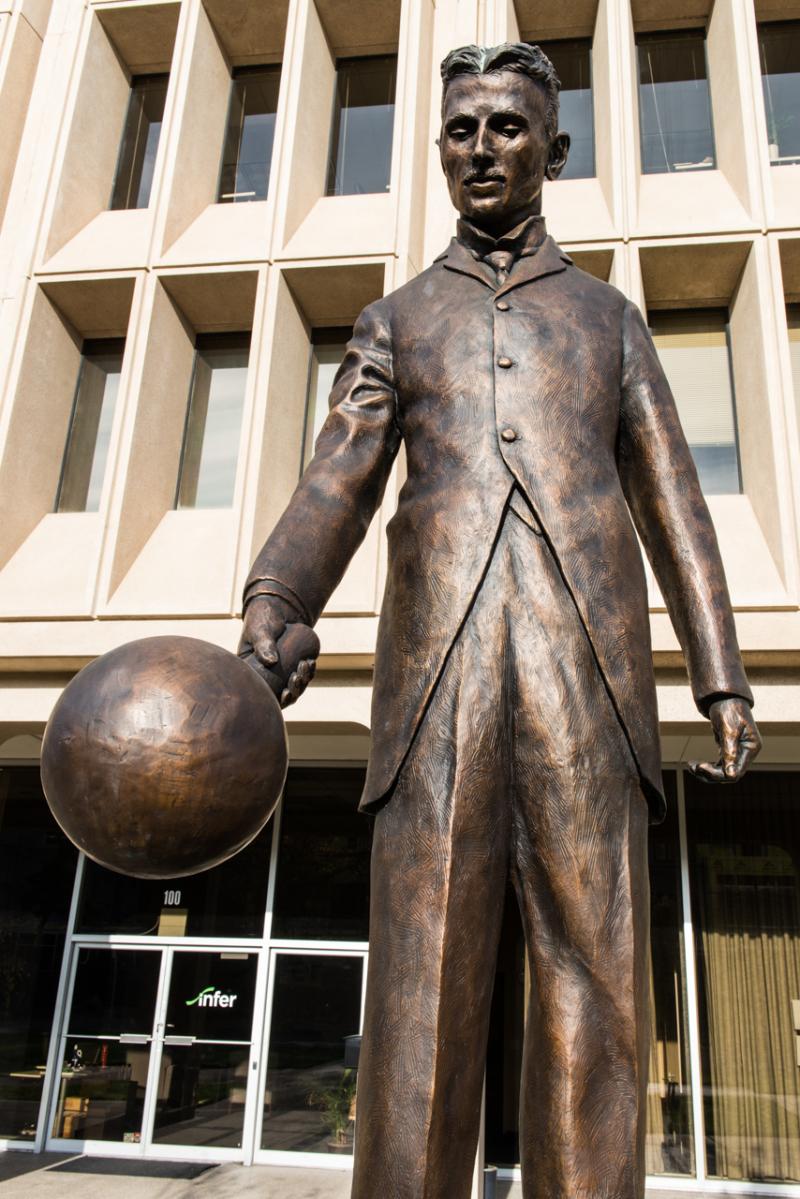 The idea for a statue of Nikola Tesla in the Silicon Valley originated with Northern Imagination and was backed by 722 people on Kickstarter on June 2, 2013. It was unveiled December 7, 2013.

Dorrian Porter, organizer/president of Northern Imagination, worked with Palo Alto developer Harold Hobach to identify a place for the Tesla Statue on Harold's commercial property located at 260 Sheridan Avenue in Palo Alto, California. The statue provides a free wi-fi signal and contains a time capsule to be opened in January 7, 2043.

Terry Guyer was commissioned as the sculptor.