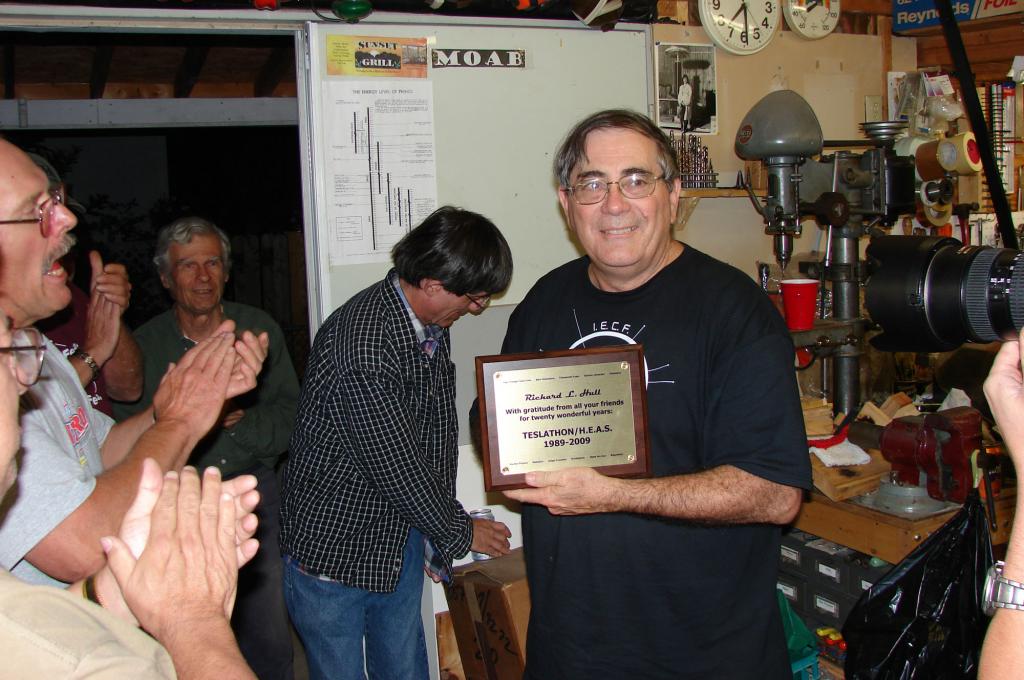 The first weekend of October has been the date for enthusiasts of Tesla and high voltage to travel to Richmond, VA where they have met at the home and lab of Richard Hull for the past twenty years. Originally, Richard's group was called the “Tesla Coil Builders Of Richmond”, or T.C.B.O.R., and to the best of my knowledge, they actually coined the term “Teslathon” to describe this annual meeting.

In the late '90s Richard transitioned from experimenting with Tesla coils and high voltage to building fusors and experimenting with radiation and radioactive materials. This led him to give his group the new name of “High Energy Amateur Science”, or H.E.A.S. Where the earlier meetings were mostly dedicated to Tesla coils and high voltage, there is now a blend of very unique individuals with a very broad range of interests. I've had the pleasure of attending twice, the first time in 2007 and again this year. It was certainly a very interesting and enjoyable time on both occasions.

This year marked the twentieth installment of the event and Richard was honored with a plaque presented by Tony DeAngelis and Ed Wingate. The plaque states, “With gratitude from all your friends for twenty wonderful years.” Some wondered if this might be the final year for Richard, which would have, in some way, paid homage to Harry Goldman's twenty-year run of the T.C.B.A. There is now speculation as to a friendly competition between Richard and Ed Wingate to see who can go the longest.

I believe I speak for all attendees in saying, “Thank you, Richard, for establishing the 'Teslathon' and for setting the example of what a 'Teslathon' should be.” I know we all hope the event continues for many years to come and already look forward to next October.

Note: For those who might not be aware, Richard is the author of The Tesla Coil Builder's Guide to the Colorado Springs Notes of Nikola Tesla. This is an awesome book and was just recently brought back into print after being unavailable for several years.