The EXPERIMENTER magazine for March, 1925, and May, 1925, carried an article on the construction and use of a large vertical Tesla coil. The March issue was devoted to high voltage experiments involving the students at the University of California. The demonstrations were awesome as some of the photos showed participants in tubs of salt water connected to the coil while huge sparks were being emitted from their bodies. No one seemed to be smiling!

Part II of the article has been selected for inclusion in this issue because it was devoted to construction details. Attention should be made to the fact that inputs of 50,000 volts at 40,000 watts were used for some experiments. May I suggest that you read the previous sentence once again and contemplate on just how much power that is - awesome!

The coil produced sparks up to 11' in length and was estimated to represent 1 1/2-million volts. I suspect at those frequencies, the actual voltage may have been 3-4 million volts. With this input and more efficient capacitors, the coil might have produced much longer sparks.

I've often wondered what might have happened to this coil. Maybe it is still standing in some storeroom and covered with cobwebs waiting to be brought to life again. Maybe there is a TCBA member with connections at the University of California who is willing to investigate this matter and satisfy my curiosity. Should this be done, I'll report the results of the investigation in a future issue.

Each issue of TCBA will feature an old time article on Tesla coils. TCBA is seeking the loan of articles dealing with Tesla coils, spark gaps, capacitor construction, etc.. Anyone in ownership of such material is requested to write title, date of publication, etc., before submitting material. The material will be returned. 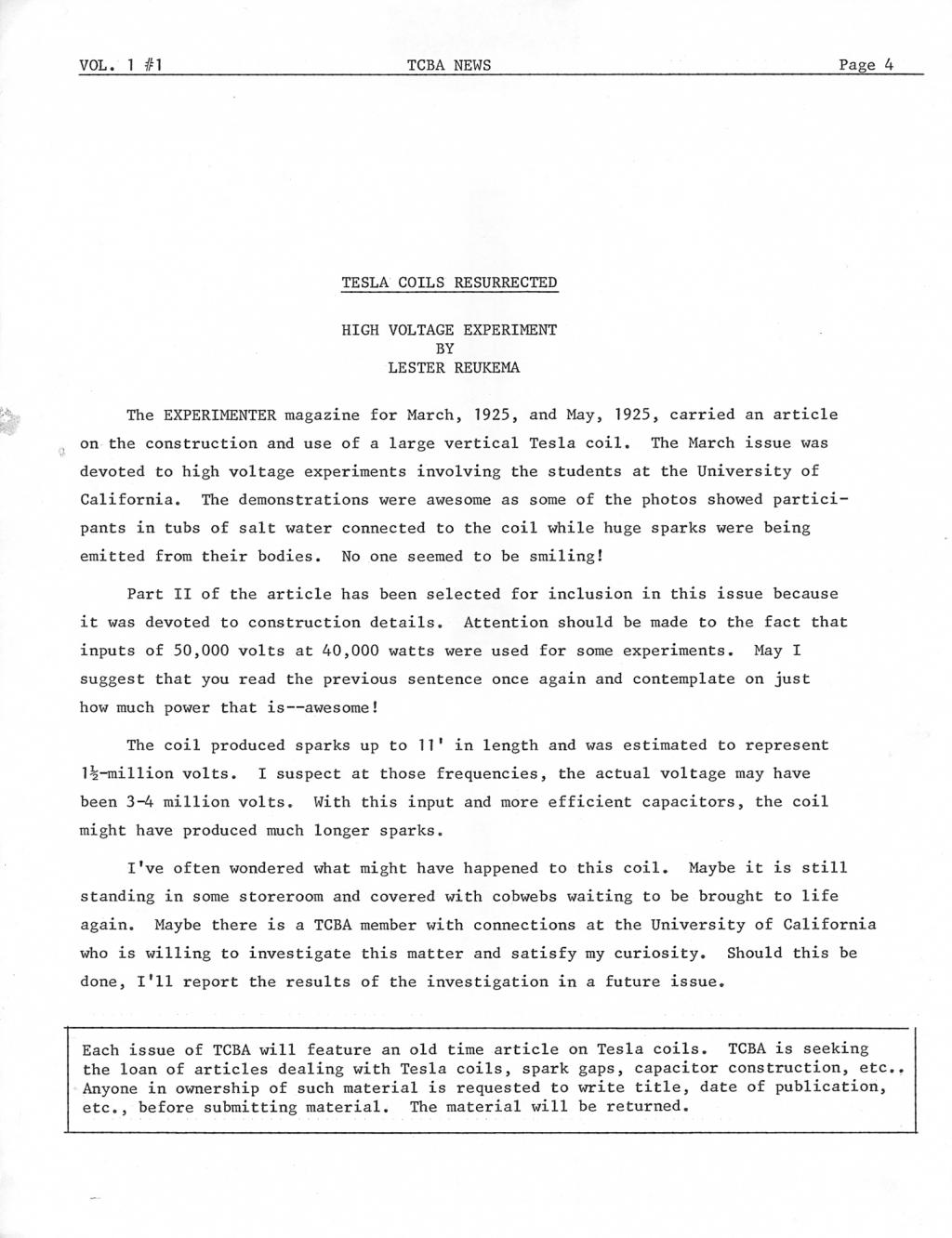