I've been playing with Tesla coils for about 20 years. The project shown here is a half-wave coil, resonant at 185 kilocycles. The coupling from the single turn primary is 60% as per Paul Drude's 1904 paper in Annalen Der Physic. The input is 40 KW continuous DC, but the instantaneous power output is in the vicinity of 200 megawatts peak - but only for 1/1000 as long. 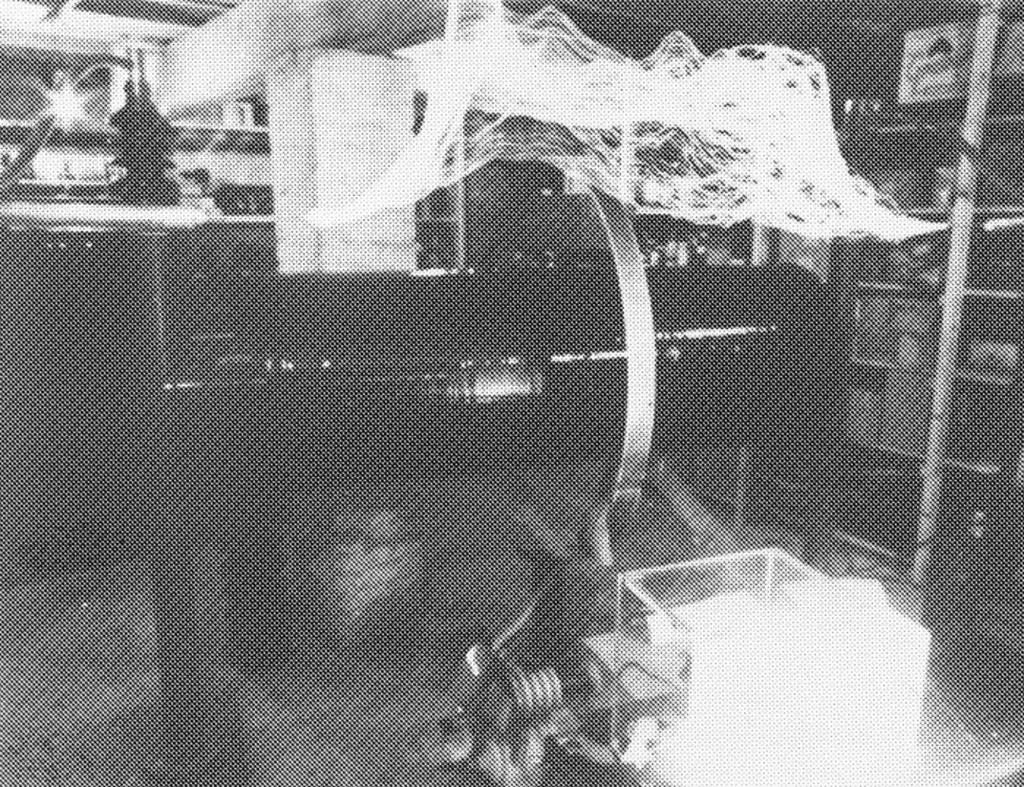 Only 30% of the total primary inductance actually couples to the secondary. I want 100% of my next coil to couple to the secondary. I don't mean 100% coupling coefficient but 100% of the primary inductance. The single turn primary will be made up of capacitors and spark gaps arranged in a single turn in such a way that the entire field will couple. I decided to shoot for 4 billion watts! The primary will consist of a phased circular array of tuned resonant, High Q, 40 KV, oscillatory capacitors of ultra low self inductance.

A great deal of my attention has been paid to the problem of guaranteeing that the individual capacitors will remain strictly in phase - despite delays in the firing of the gaps. Otherwise they may all gang up on one or a few caps and blow them out - and probably up as well. 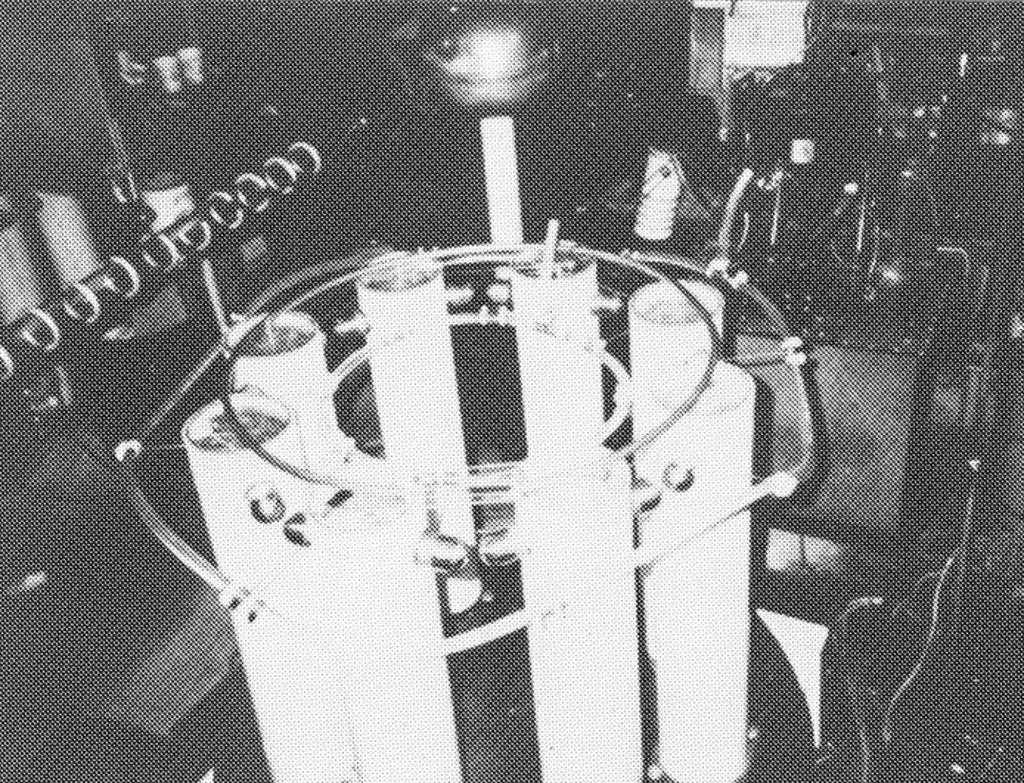 This problem has been solved. I have made 85 such units and will select the best 60. At present, I have a small array of 8 caps set up for testing (photo 2). This machine runs off a 0-100 DC X-ray diffraction power supply which is controlled by a 25 KVA variac power supply. The mini array generates a voltage of 320 KV at 4 kiloamps or 1.2 billion watts peak at 2 megacycles, along with an electromagnetic pulse that efficiently burns out anything electronic within 60 feet.

The 60 unit primary array will be 20 feet in diameter and generate 2.4 megavolts at 4 KA - but as I add capacitors in series, the resonant frequency goes up! This may achieve 10 to 20 billion watts! I would like to add a secondary coil to step it up to 240 megavolts and have an 800 foot spark.

I plan to map the field by placing different size loops of 1/2 amp fuze wire. The largest loops remaining unvaporized after the shot will tell me what the field strength was everywhere. 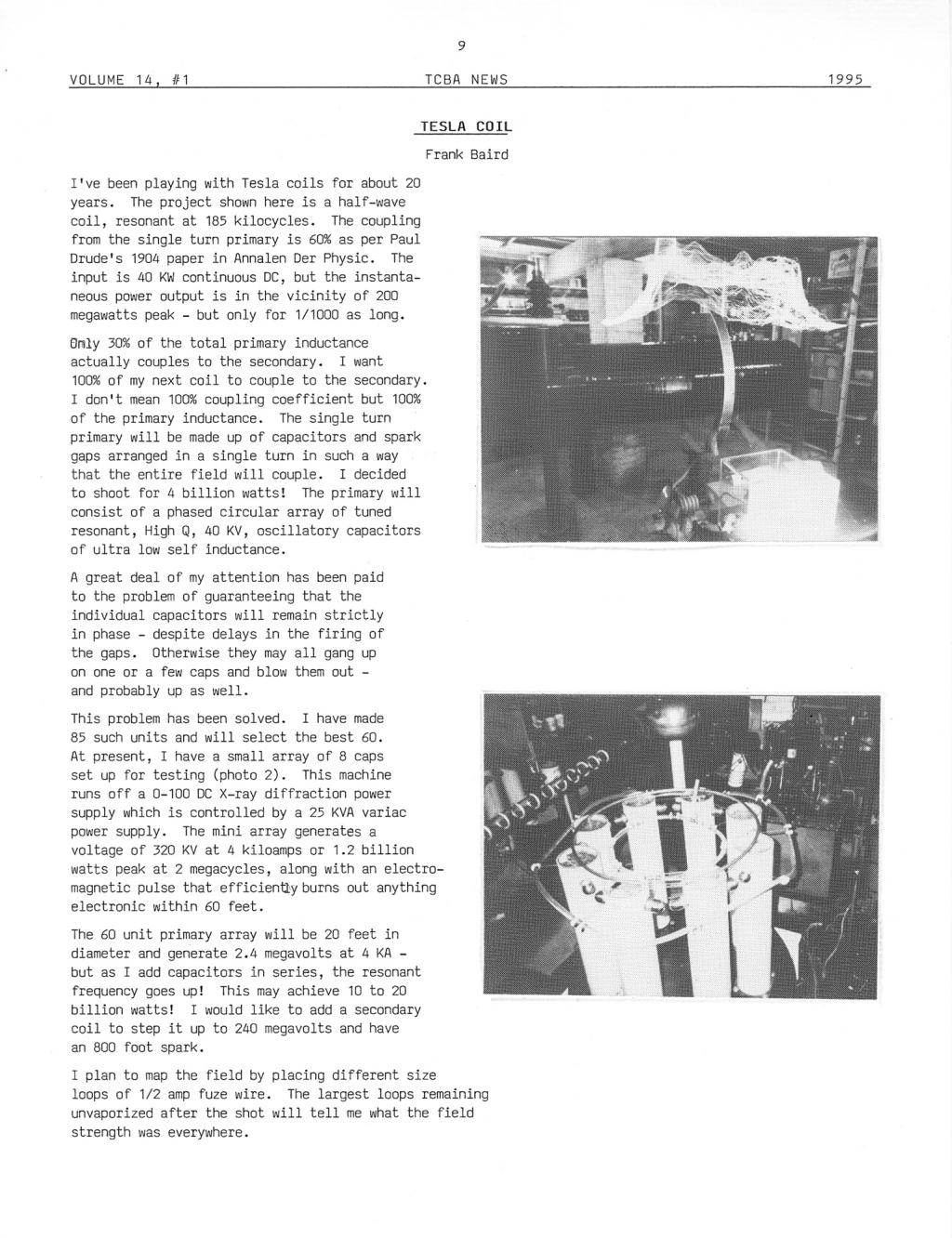