Our cover for this issue features an 1911 photo showing Professor Edward G. Wilkinson in the process of treating a patient for neuralgia. The caption provided no explanation as to the source of energy such as high frequency, electrostatic, etc. However, the large electrostatic device seen in the background may have been the method by which the treatment was applied (see diagram below). The patient was literally seated in an electric chair. Fortunately, it was directed toward saving lives than for taking them. I wonder what happened to that marvelous piece of machinery?

The name of Michael Faraday ranks high on the list of heavy hitters who contributed to the history of electrical development. Other greats who stand with Faraday are Henry, Volta, Ohm, Galvani, Gilbert, Coulomb, Oersted, Ampere, Franklin, etc. But more about these giants in future issues.

It is difficult to believe that a young English apprentice to a bookmaker would someday make a discovery that would literally shock the world of science. By a series of clever experiments, he discovered that a changing magnetic field produces an electrical field.

This discovery turned out to be the basis for the generation of electricity and, in reverse, use that electricity to produce motion (motor). But this accomplishment was only the beginning.

Faraday went on to discover the LAW OF ELECTROLYSIS. He also came up with the FARADAY EFFECT (change in the plane of a light beam traveling parallel to a magnetic field), the FARADAY DARK SPACE (nonluminous region in a glow discharge cold cathode tube), FARADAY ROTATION (rotation of an electromagnetic wave in a magnetoionic medium such as the ionosphere), and the FARADAY CAGE (which proves that an electrical current follows the outer surface of a conductor). Michael Faraday is forever remembered through two units of measurement: The farad and the faraday.

About the time that Faraday was undertaking his experiments, Joseph Henry of Albany, New York had constructed a practical electromagnet (which helped spur the development of the telegraph), an early electric motor, and the all-important discovery of self-inductance in electrical circuits.

Henry has been called America's foremost physicist of the 19th century. Like Faraday, he also discovered that electricity is produced whenever there is a changing magnetism in a coil of wire. American science was not widely read in Europe so Henry visited Faraday and showed the Englishman the results of his experiments.

Among Henry's great discoveries was that of electrical resonance and the transmission of radio waves. Unfortunately, the world would have to wait 50 years before Hertz was to undertake his celebrated experiments. Henry is one of the few Americans to have a scientific unit named after him.* The henry is the adopted unit for induction. Joseph Henry was the first president of the Smithsonian Institution.

* The tesla is named after Nikola Tesla 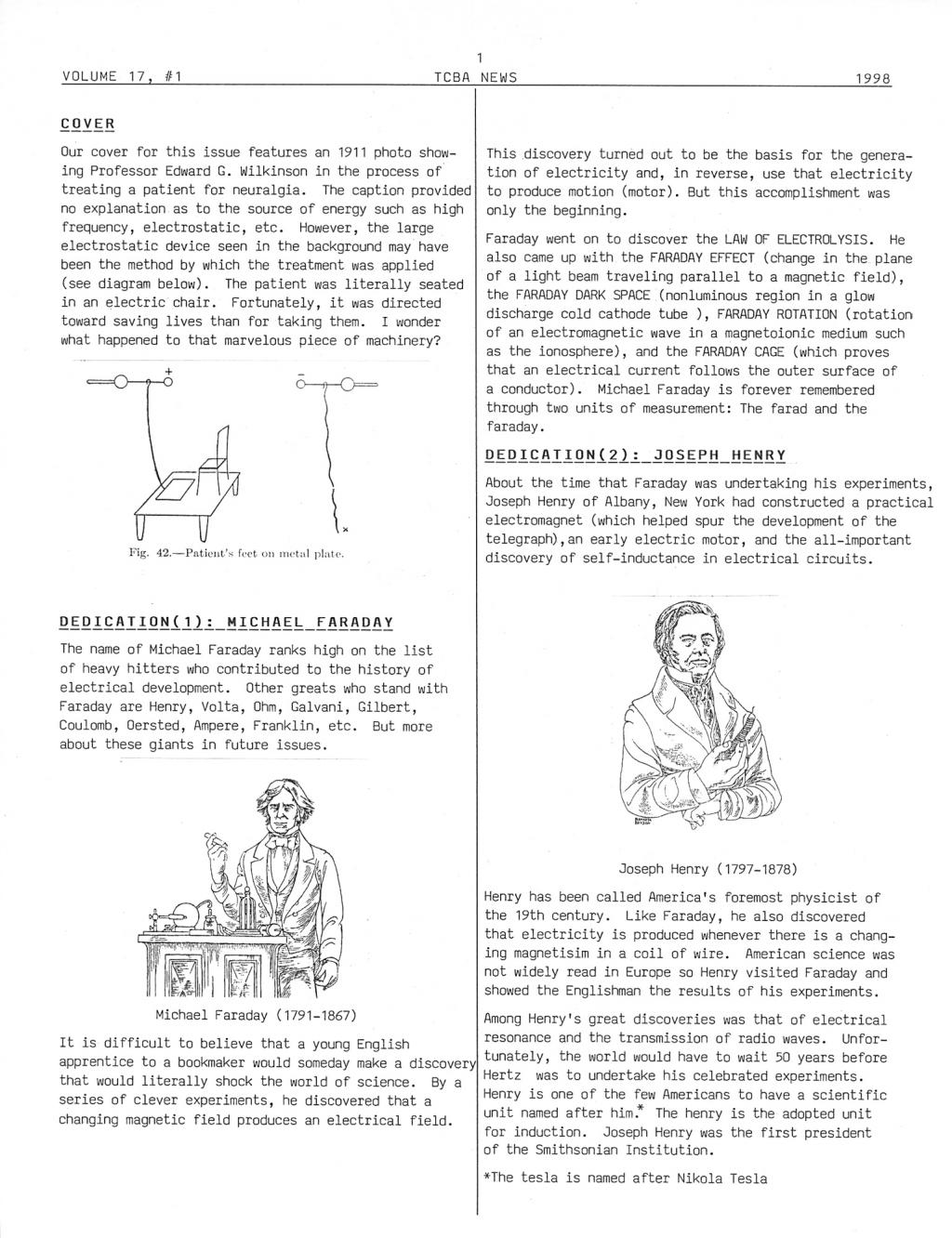