Plans Are Underway to Broaden Program

TCBA subscribers may recall that a bust of Nikola Tesla was featured on the cover of TCBA NEWS for Volume 9, #3. The bust, valued at $6000, was the result of a project headed by John W. Wagner and his 3rd graders, corporations, individuals, and Tesla oriented groups including the Rock band, TESLA. 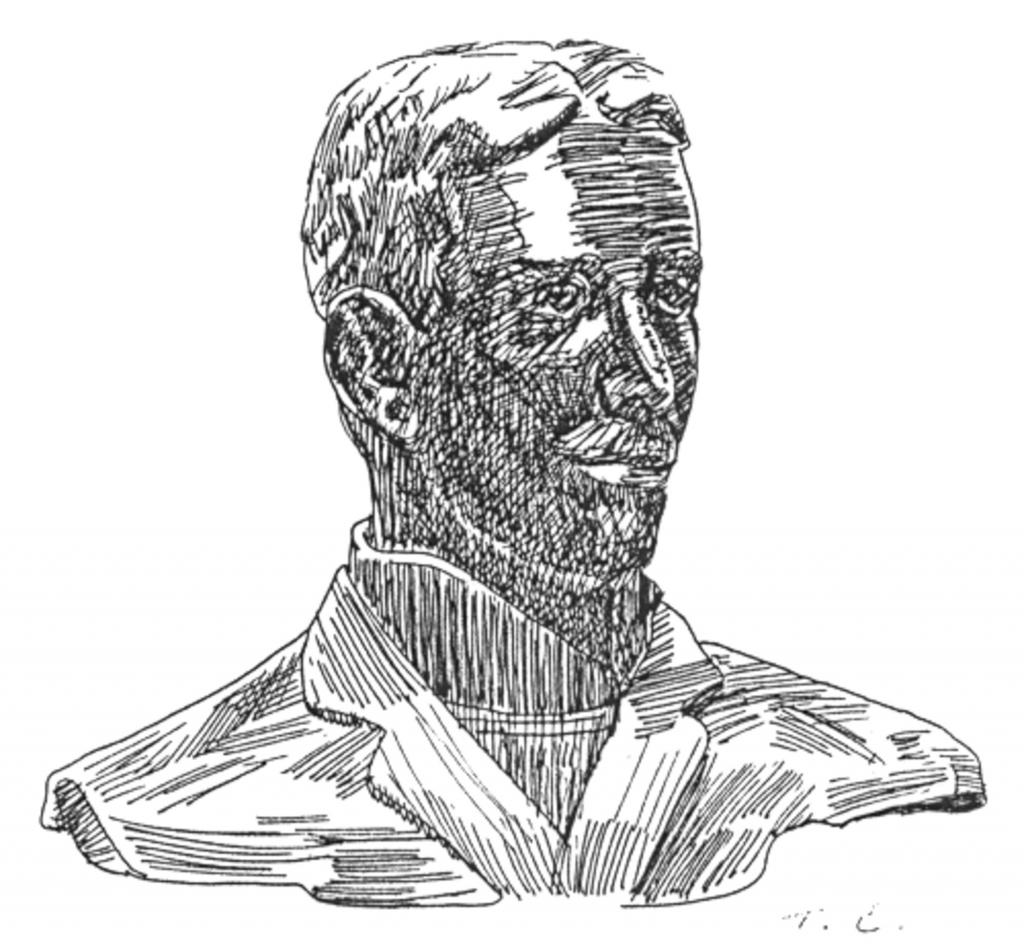 Mr. Wagner and his supporters established the bust with the intention of donating it for public display at the Smithsonian Institution in Washington, D.C. Unfortunately, the Smithsonian revealed itself to have an anti-Tesla bias. Barney Finn, the curator, Electrical Collections, Smithsonian, rejected Mr. Wagner's offer. It appears that the Smithsonian campaign is now a dead issue.

Others in Mr. Wagner's position may have called it quits. However, he and his students are determined to see that Tesla achieves his due recognition. The original Tesla bust was put on display in the Engineering Library at the University of Michigan.

Using funds left over from the first casting, Mr. Wagner had three additional busts cast from the same mold. These have been donated (and accepted) by Yale, MIT, and Stanford University. Wagner and his entourage were given an enthuastic welcome at Yale & MIT (the Stanford bust will not go on display until completion of their new engineering building). “You should have seen the warm welcome we received and high praise given Tesla at Yale and MIT” stated Mr. Wagner. I have been informed that Professor D. Allan Bromley, Dean of Engineering at Yale was very enthuastic and eager to have the Tesla bust. It is now on display in the lobby at the Becton Science Building at Yale. An article describing the event was scheduled to appear in the Yale Scientific Magazine.

At least 50 people were present at the installation ceremony at MIT. There were several speakers at the event and the dedication program was followed by refreshments. The bust is located just inside the entrance to the Barker Engineering Library. Mr. Wagner stated, “I could not have wished for a better location.”

Plans are currently underway to provide a bust of Tesla for such prestigious educational institutions as Cal Tech, the University of California at Berkeley, and Princeton. Although funds are available for one more bust, it is much less expensive when ordering them in lots of three or more. Subsequently, Mr. Wagner is hoping to raise the necessary funds by selling a “T” shirt with a portrait of Tesla (in six colors). The portrait will have a pigeon on Tesla's shoulder with a background of high tension towers, bolts of lightning, and an early cathedral table model radio. The shirts are $20 and come in small, medium, large, and extra-large. An extra-extra large size is available for $22. Checks should be made out to the Dexter Community Schools and mailed to John W. Wagner, 3890 Tubbs Road, Ann Arbor, MI 48103-9437.

I consider Mr. Wagner's efforts a most effective way for establishing recognition for Tesla and urge each and every member (who has not yet done so) purchase at least one shirt. If you don't want one for yourself, you may consider purchasing one for a fellow coiler (or as a collector's item). Who knows, perhaps because of your support a future student will see one of the busts and be inspired to follow Tesla's footsteps. 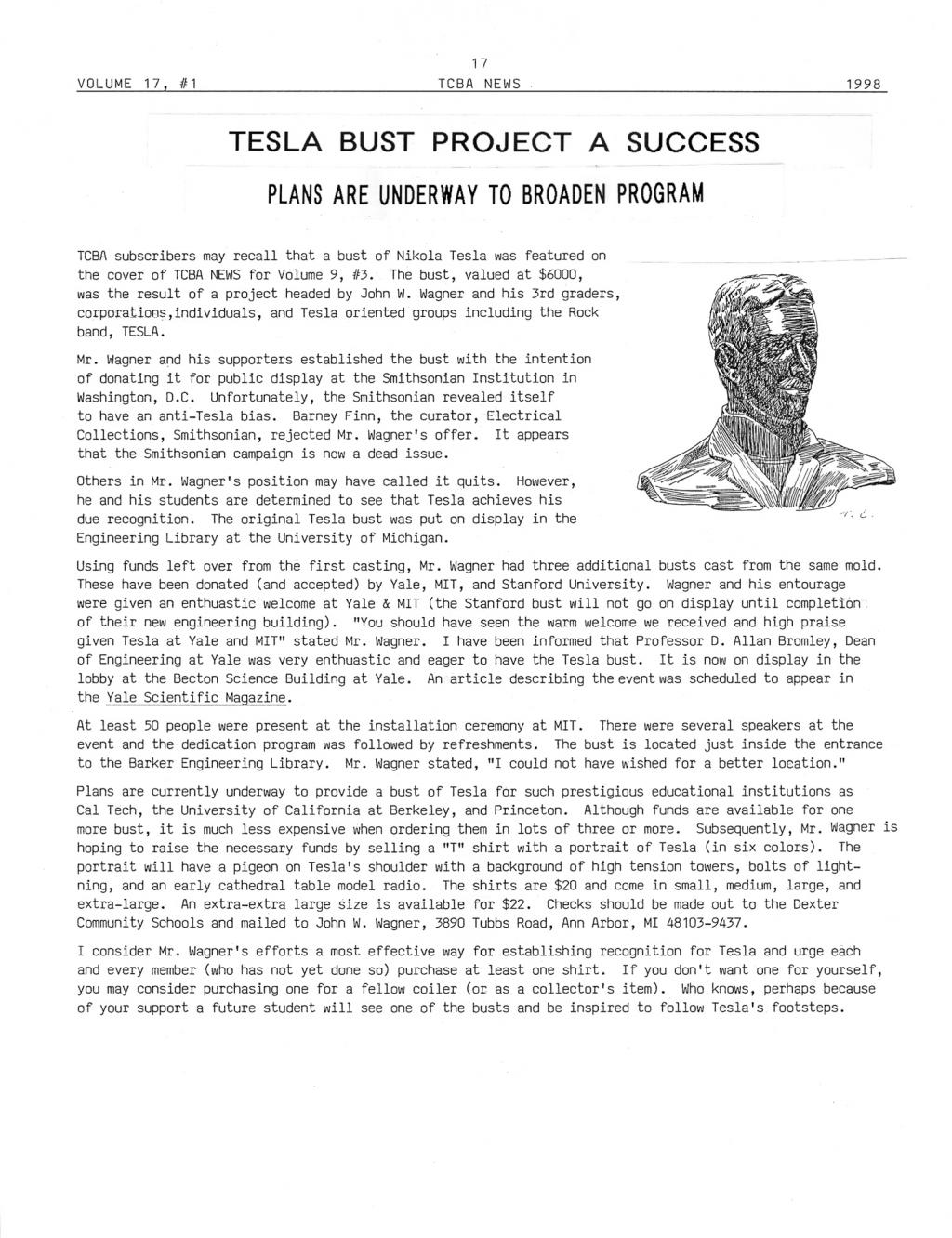