There's no possibility of a power arc here unless you have a defective firecracker; the effective doubling of supply rail voltage (as seen by C during each commutation) brings up four times more “E”; and yes indeed, resonant-charging the supply rails makes things really interesting!

Wow, did I ever think I was a smart-ass. But, I remembered that the contemporary smart-ass can sit on an ice cream cone and assess the flavor (pardon the pun). I just couldn't do that; so I became very dedicated to the idea that this kind of magic would surface elsewhere. Soon it surfaced in the book “Practical Wireless Telegraphy” by E.E. Bucher (Reference Ckt.). If you'd like to make some new friends quick (FCC) put this antique on your favorite antenna. Put antenna end(s) and certain other hardware items under oil. Now unlike C.D., realize that each commutated power component will produce a damped-wave RF energy burst; try it (low rep) at one K Joule; and think about Tesla's competitive advantage in terms of quasi-continuous wave production at half the traditional rotor rate, and with no power-arc. Better yet, think again about outputting a ground isolated square wave at a frequency of 10 Hz per rotor RPM. Here's the mighty 24x25 serving Tesla's true continuous wave work at various operating levels & frequencies.

In terms of Wardenclyffe, what a tragic loss with the cut of this project. In terms of Colorado Springs there were no high voltage capacitor problems with the primary tank circuit; no traditional primary/secondary circuit was used; it all became brute force excitation of the first resonator, followed by an abrupt total quench - and at final run-up levels exceeding 1 K joule! This is exactly how Tesla produced big time V.S.W.F., and a very lively control panel. V.S.W.F. is the only true measure of Tesla Coil performance? Please read on!

So, by 1959, I had sailed the best Tesla coil waters; and I was very disappointed to assume Marconi at the helm. Yet, I concluded that the serious 1950s Tesla coil builder must be using this technique. The Moody Tesla coil, J. J. O'Neill, the Bucher finding, and dad established the path that I would forever follow. 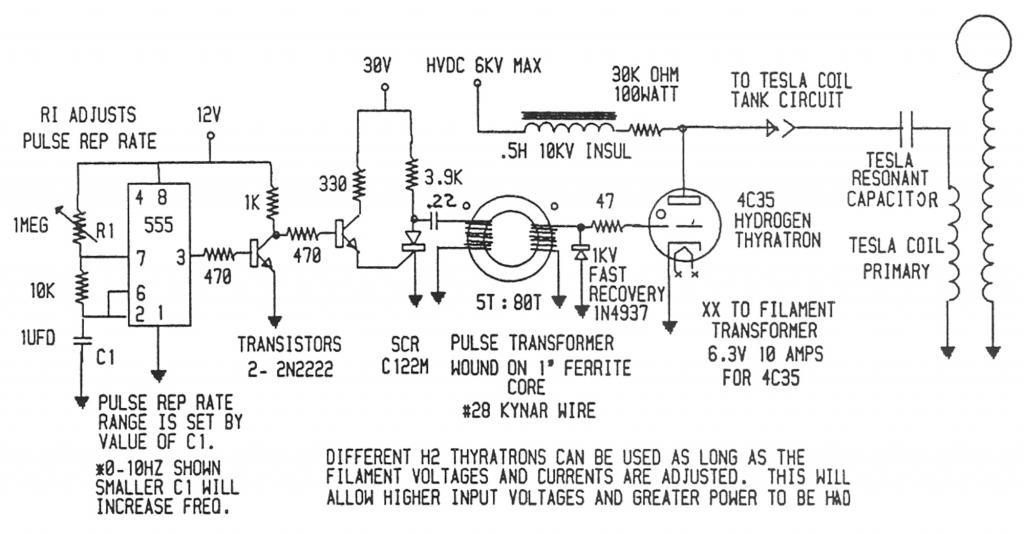 DIFFERENT H2 THYRATRONS CAN BE USED AS LONG AS THE FILAMENT VOLTAGES AND CURRENTS ARE ADJUSTED. THIS WILL ALLOW HIGHER INPUT VOLTAGES AND GREATER POWER TO BE HAD 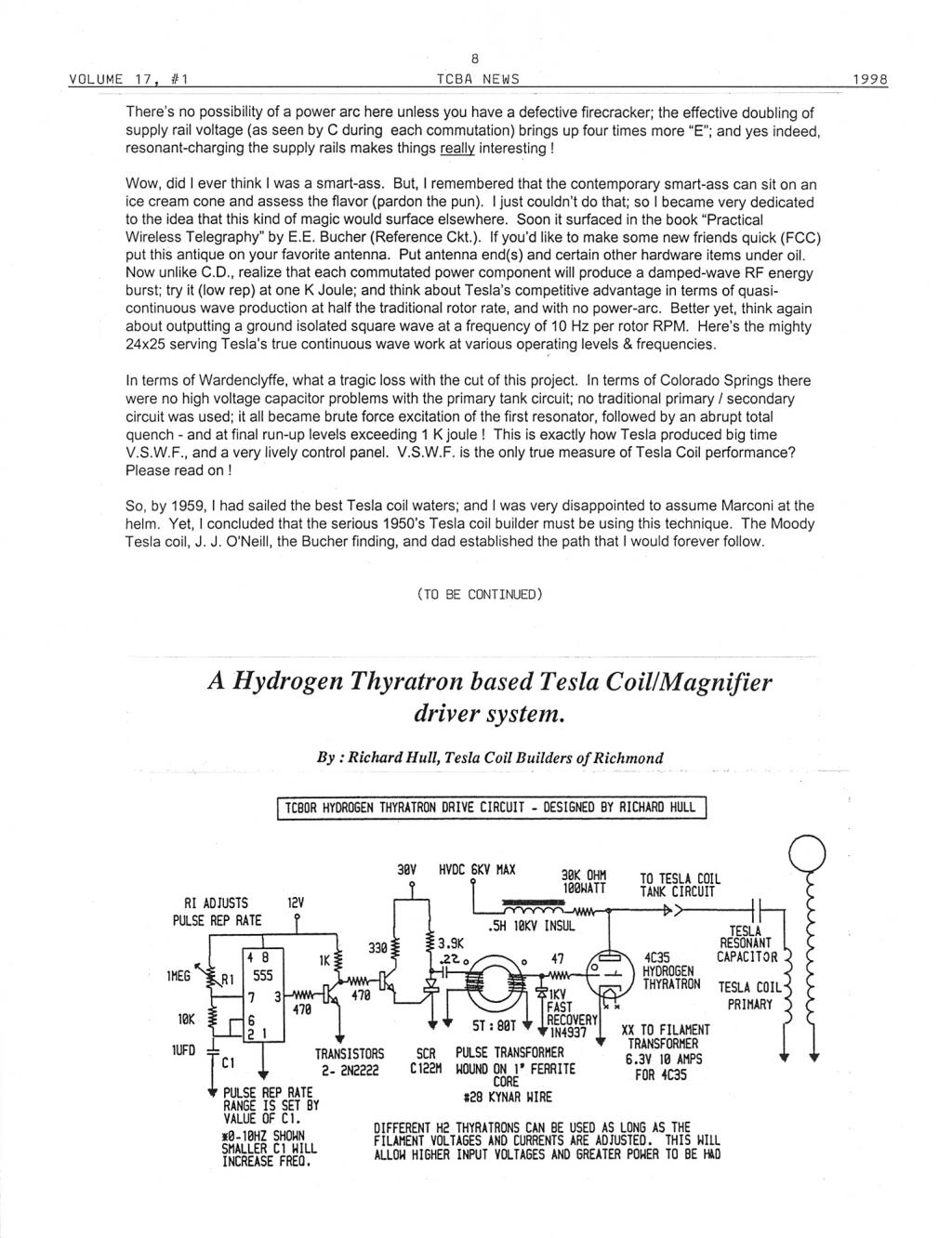