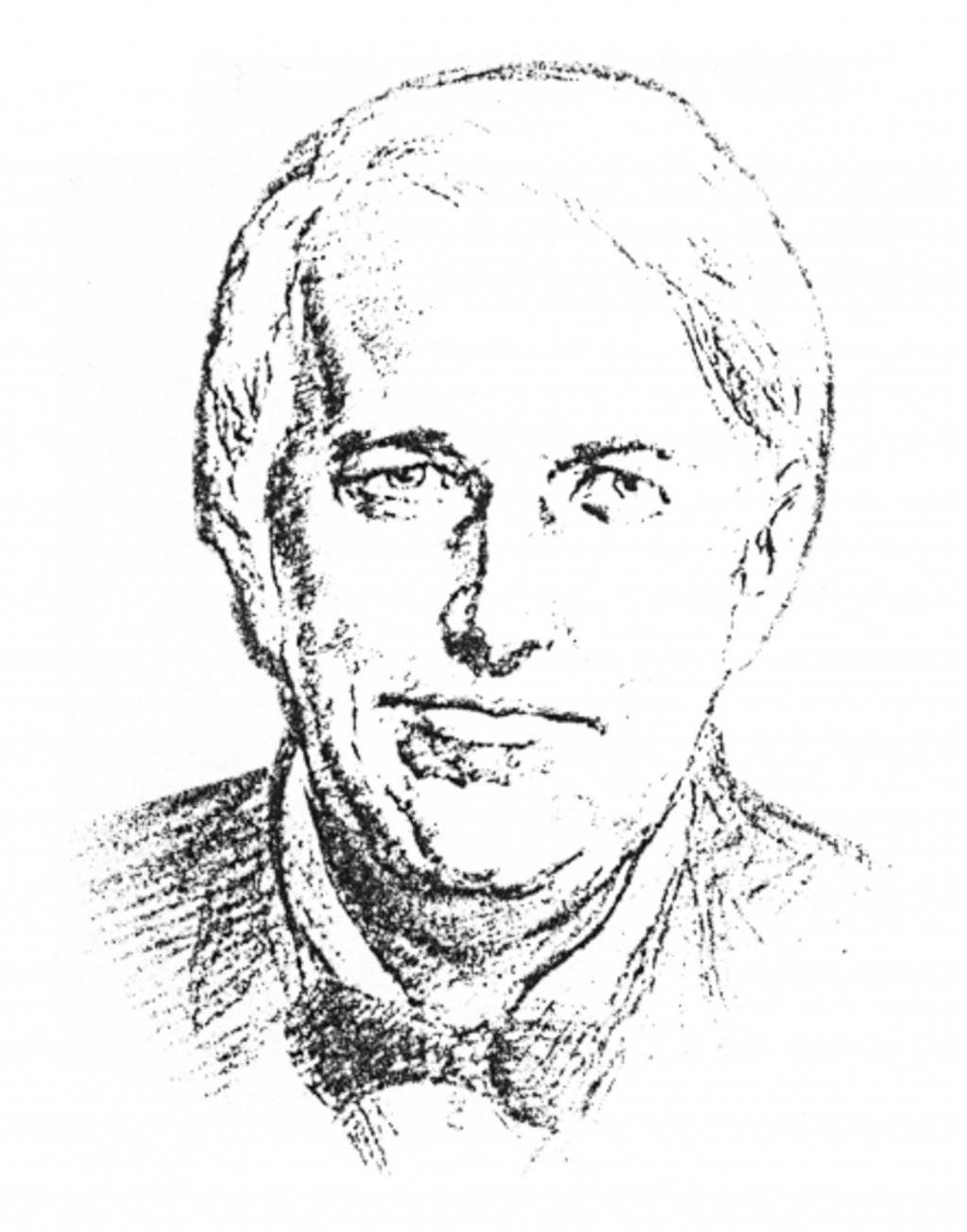 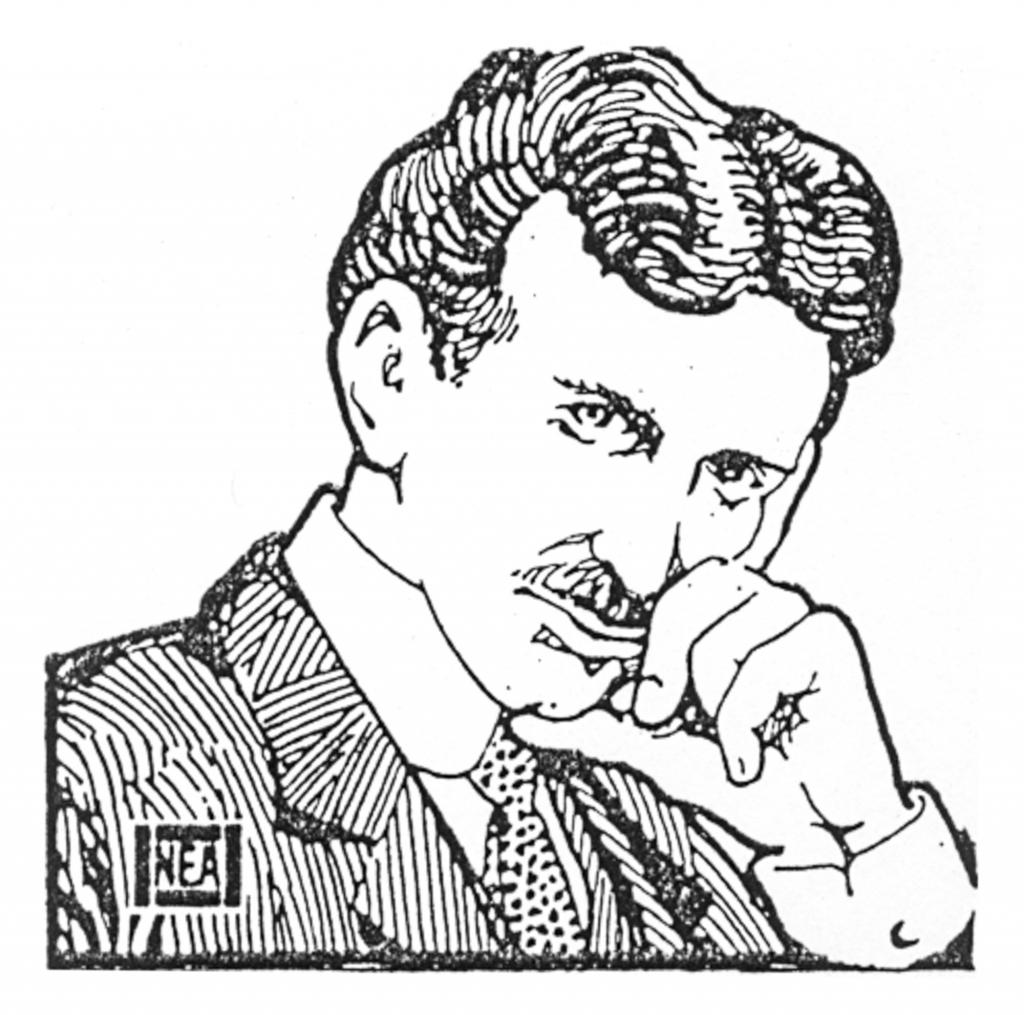 If the recent cabled reports be correct, every American will note with great satisfaction the awarding of this year's Nobel prize in physics to Thomas A. Edison and to Nikola Tesla.

When Alfred Nobel, the multi-millionaire inventor of dynamite and nitroglycerine died in 1896, his will provided for a series of five annual prizes to the most deserving persons in physics, chemistry, medicine, literature and for the best work done in the interest of universal peace.

These prizes have been regularly awarded since 1901, and the learned Academies of Sweden while admittedly well informed and fair as to the award of the prize, have in the past, we believe, overlooked several scientists who by all means were entitled to the prize long ere this.

We are quite convinced, for this reason, that this year's choice of Edison and Tesla will not only be acclaimed in the United States, but in the world over. For, if the world is indebted to two physicists, Edison and Tesla are certainly the biggest single creditors.

The awarding of the Nobel prize in a single year to these two world renowned inventors naturally leads to the question: Who is the greater man, Edison or Tesla? A natural question such as this which surely will arise in the popular mind is manifestly unfair, because the two illustrious scientists have been working in dissimilar fields and their accomplishments are vastly different. Besides, Edison as well as Tesla are hard at work at this minute, and for that reason it is impossible to foretell what they might not still accomplish.

Without wishing to minimize Edison's tremendous amount of work, the fact is well known that he is not so much an original inventor as a genius in perfecting existing inventions.

In this respect Tesla has perhaps been the reverse for he has to his credit a number of brilliant as well as original inventions which, however, have not been sufficiently perfected to permit commercial exploitation.

If the average man were asked what Mr. Edison's greatest gifts to the world are, his choice probably would fall on the Incandescent lamp, the Phonograph and the Cinematograph. Undoubtedly this is a good selection, but it is but a small fraction of the 1,400 inventions which Mr. Edison has patented up to this date. The incandescent lamp would not have been much of avail to humanity had not Edison perfected at the same time the necessary adjuncts to feed the current to the lamp. He had to make dozens of inventions to accomplish this; the lamp itself was the least of his troubles. Exactly so with the phonograph and the cinematograph, several hundred inventions were necessary before either was ready to leave the laboratory. Thus it is a far cry and a weary road from his first tin foil phonograph record to his gold moulded unbreakable Amberol record.

Equally as great as the three above inventions are Edison triumphs in the field of telegraphy, which he revolutionized. His quadruplex telegraph, his telephone transmitter, his alkaline storage battery, his stock printer, his machine for separating magnetic ores, his Portland cement process, his concrete building standardization, are all inventions of the first order.

While Tesla's inventions have not been so numerous as Edison's the world nevertheless owes Tesla a tremendous debt. The modern transmission of power electrically is due entirely to Tesla. Perhaps his greatest invention is the alternating current induction motor, whose wonderful flexilility and vast usefulness have made electrical power what it is to-day. His pioneer work in high frequency currents showed the true genius of the man. This art is as yet but in its infancy and no one can foretell where it will lead us, but it certainly has already opened the way towards the transmission of power without wires. It is not popularly known, but the fact remains that Tesla invented a system of transmitting wireless impulses through the ether in 1893, three years before Marconi began his historical wireless experiments. His wonderful researches on vacuum tubes under the influence of high frequency Tesla currents have practically demonstrated that the day is not far off when the 95 per cent, of electrical energy now wasted in heat in all incandescent lamps will be turned into cold light, that is light without heat. In the long list of brilliant inventions of Tesla, we particularly wish to mention the following: His Sun motor for the utilization of solar energy, his new fluid propulsion turbine, the Tesla high-frequency coil, his rotary transformer, etc. Mr. Tesla's patents now number above 100. 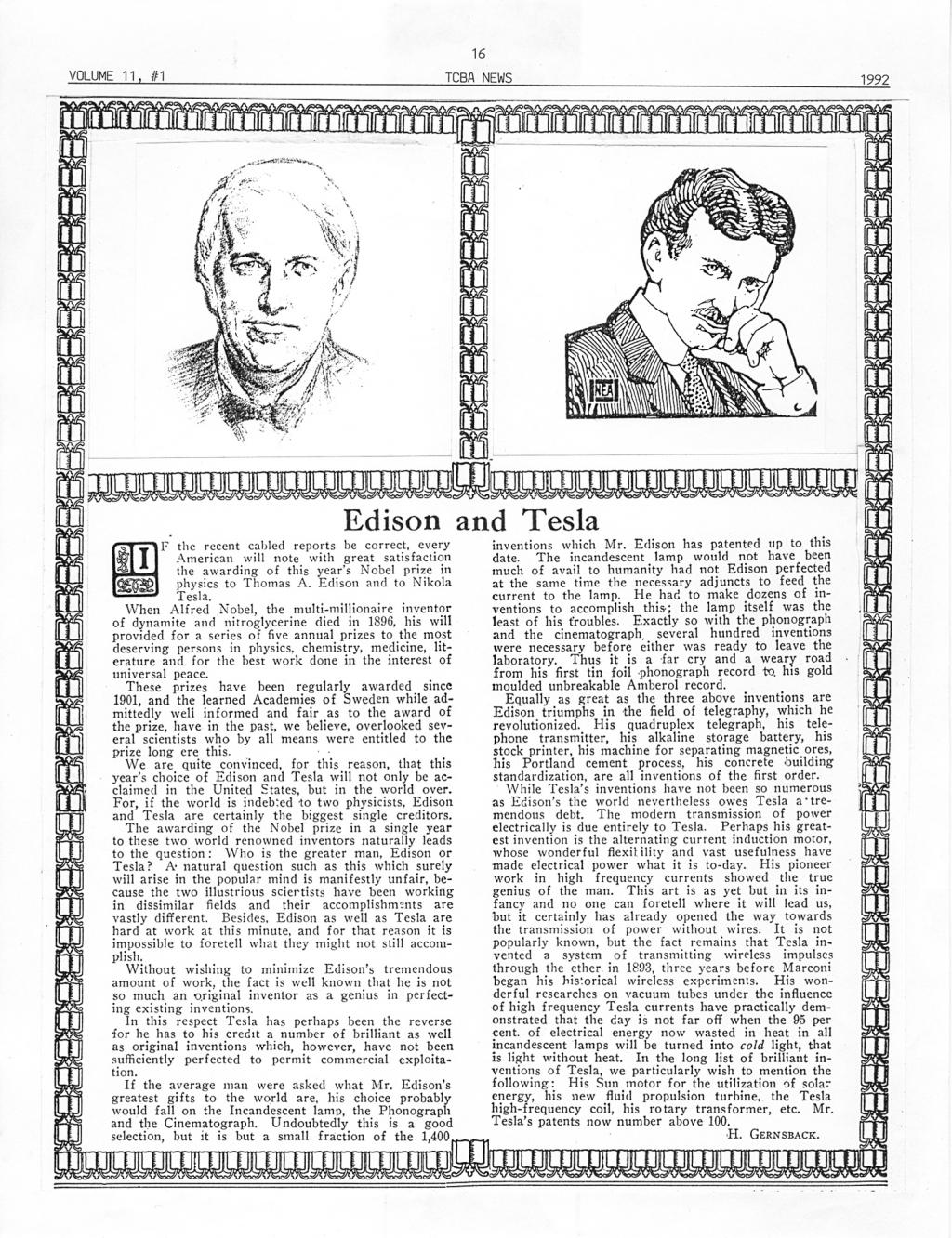