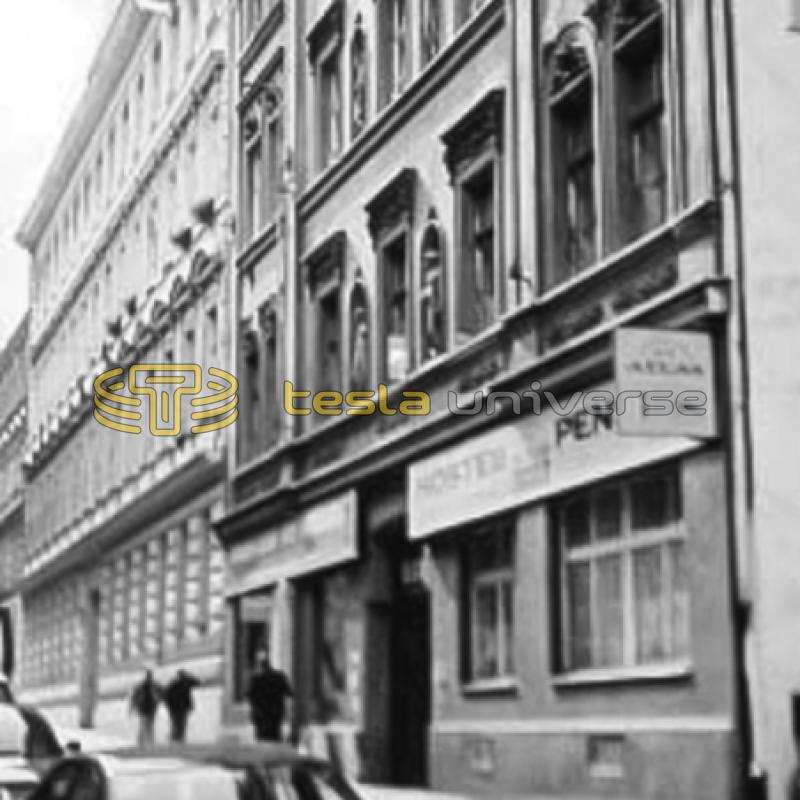 The house on Smeckach St. where Tesla lived while in Prague. 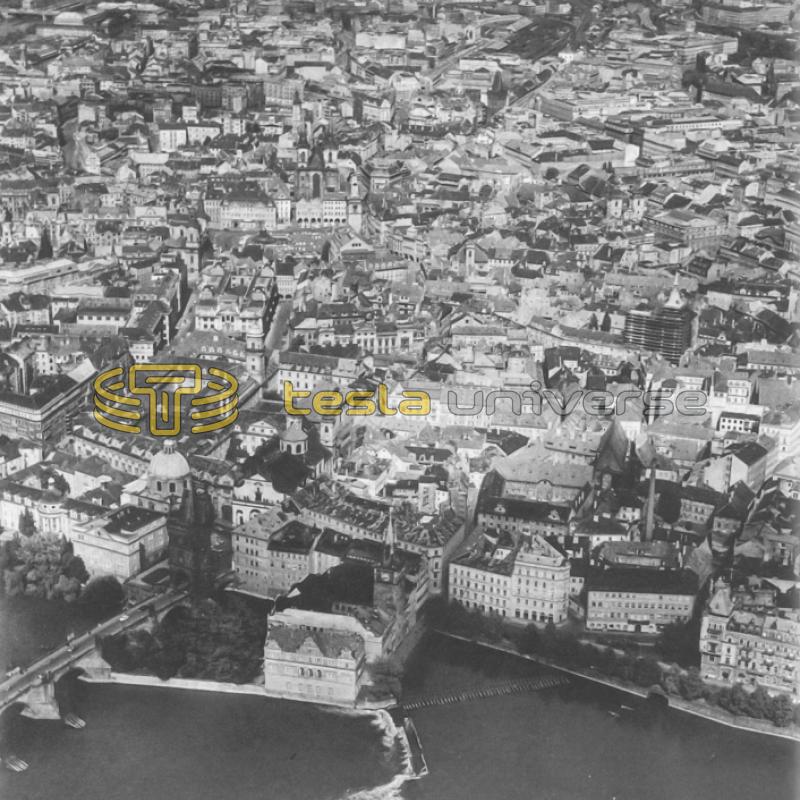 Aerial view of Prague, Czech Republic where Tesla tried to go to school. 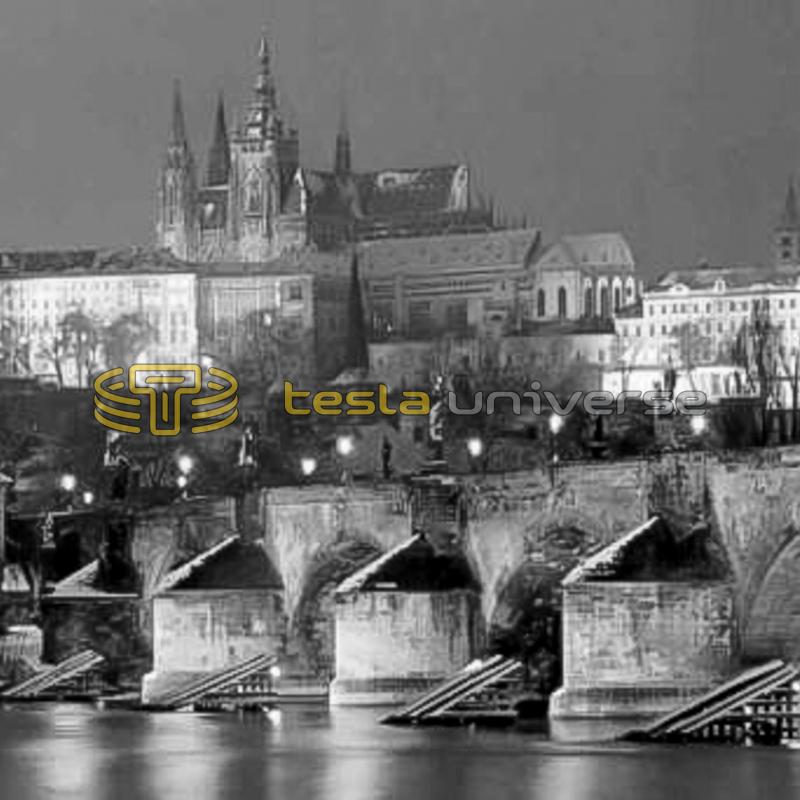 Tesla's uncles, Petar and Pavle, came to his rescue and put together enough money to help him escape from Gospić. Tesla travelled to Prague, but arrived too late to enroll in Karl-Ferdinand University. Even if Tesla had arrived early enough, he would have not been permitted to enroll as he had never taken Greek and did not speak or write Czech. Tesla lived at 13 Smeckach St. and spent most of his time at the Klementinum Library and Narodni Kavarna (People's Cafe) on Vodickova St. Tesla did attend lectures at the University as an auditor, but did not receive marks for the courses.