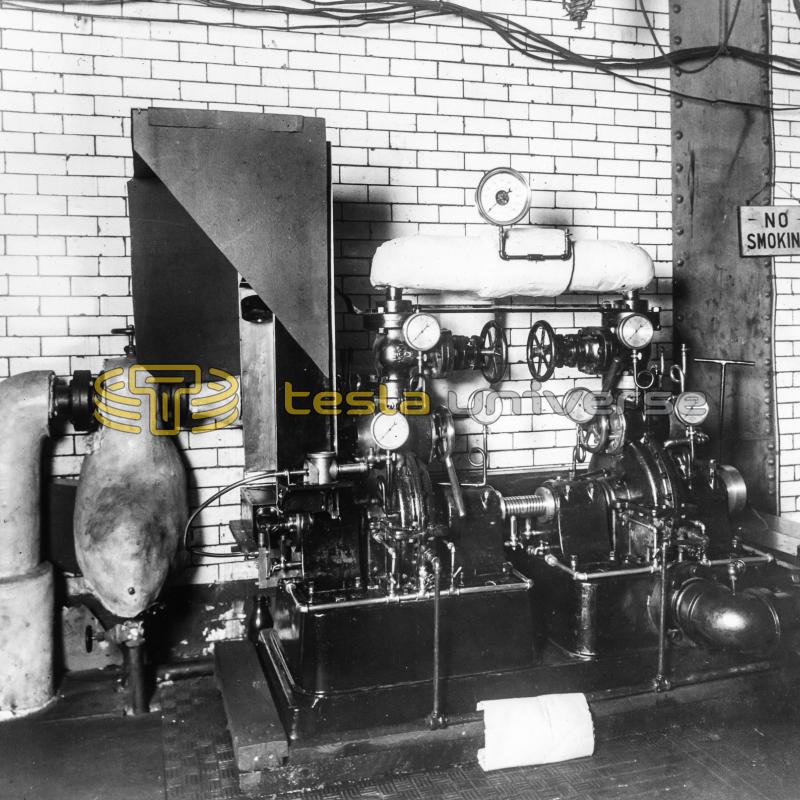 A large Tesla turbine being tested at Waterside Station.

Over a period of several months, Tesla tests numerous models of steam turbines at the Waterside Station of the New York Edison Company. When interviewed about the tests, Tesla stated, "In one of them the disks are only nine inches in diameter and the whole working part is two inches thick. With steam as the propulsive fluid it develops 110 horse power, and could do twice as much."