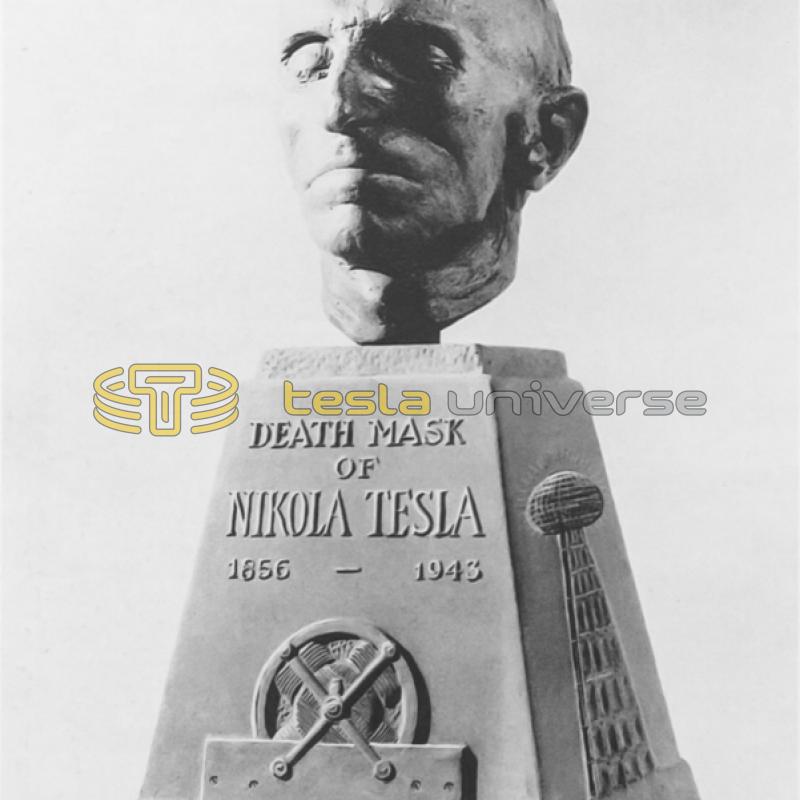 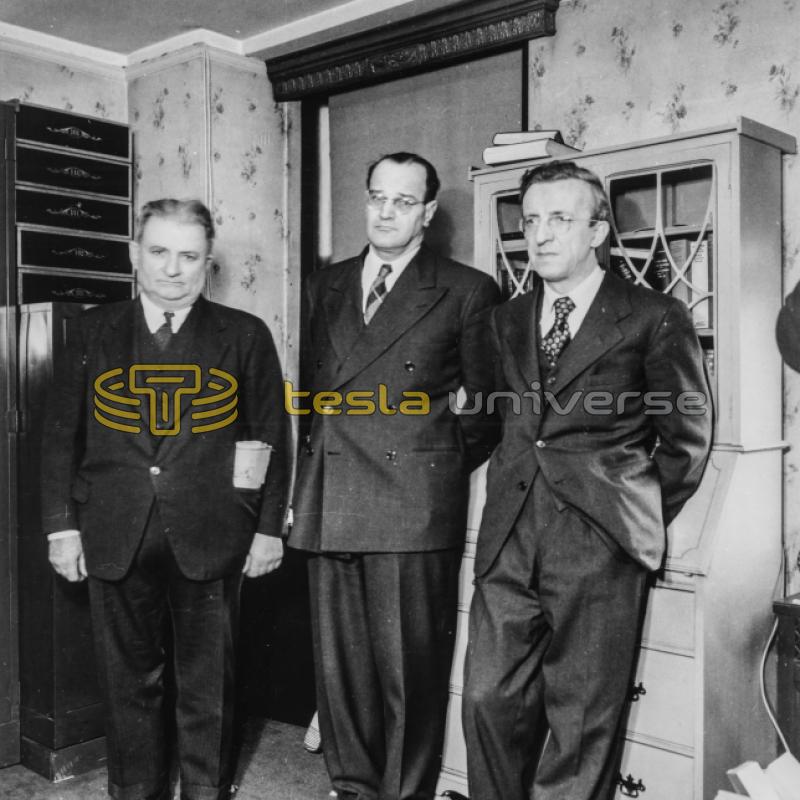 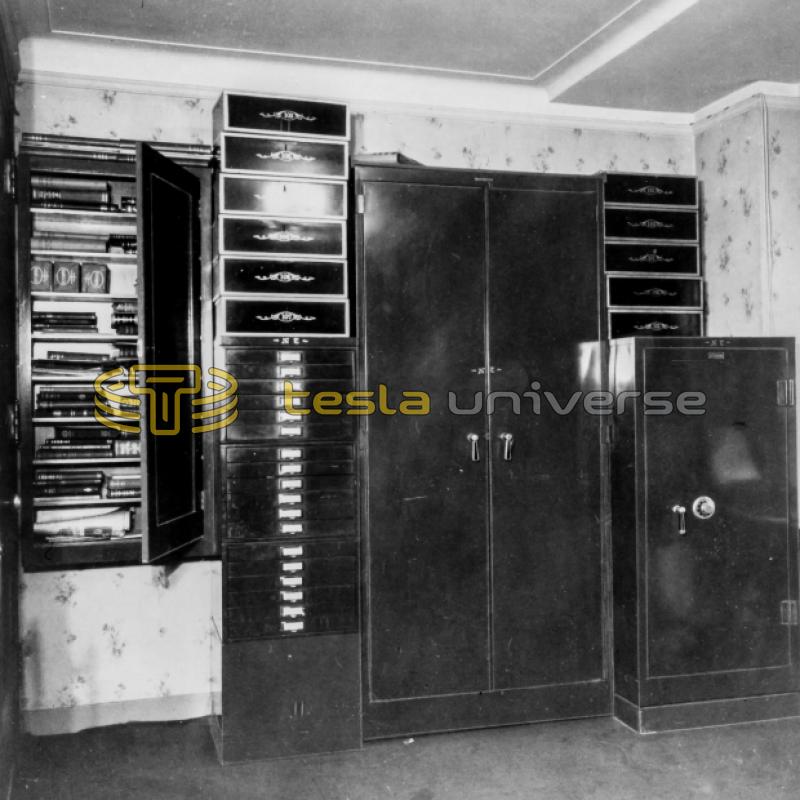 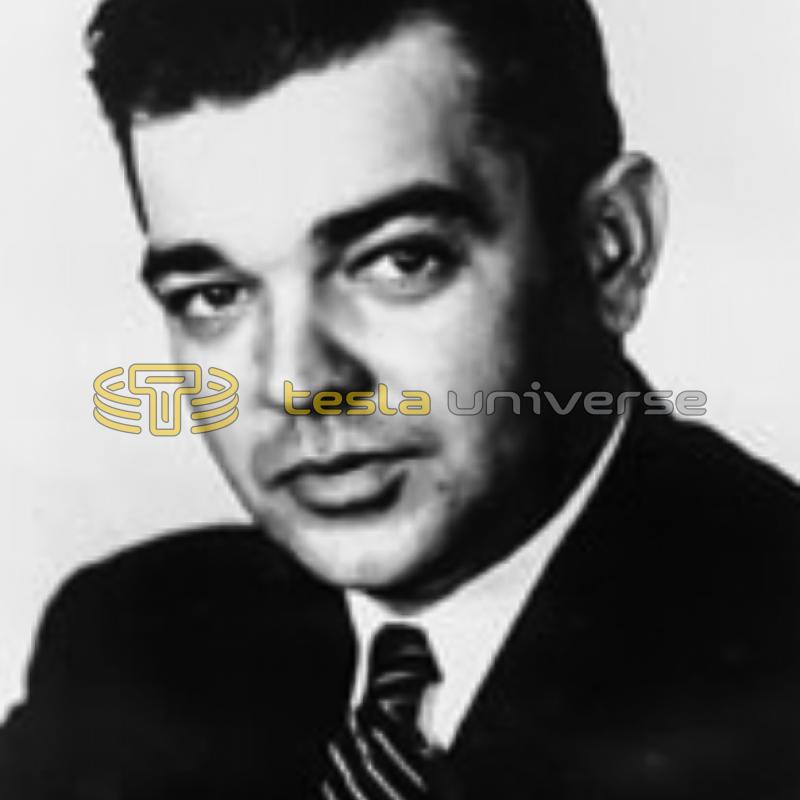 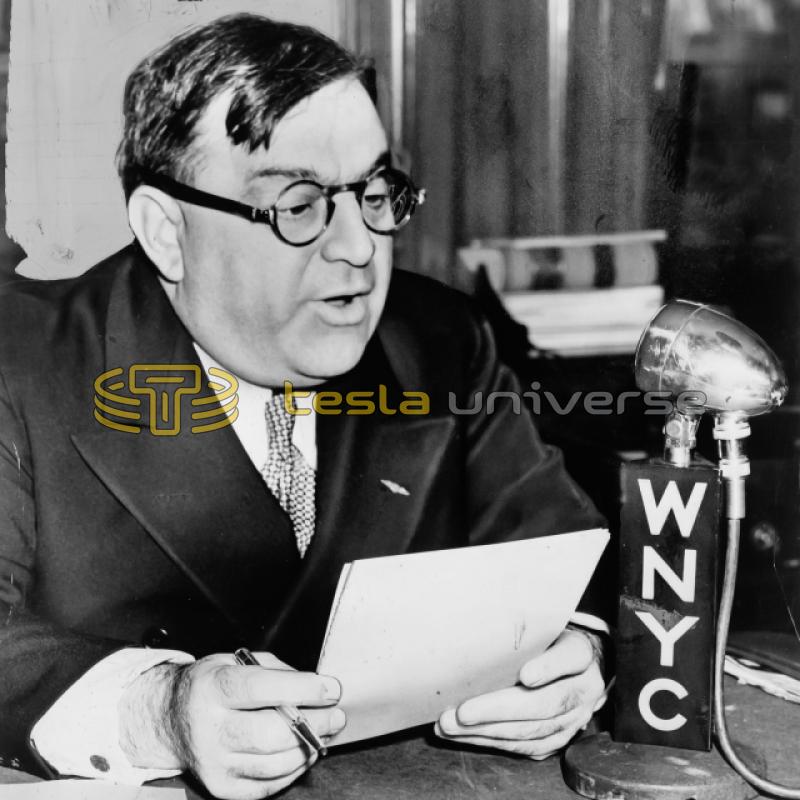 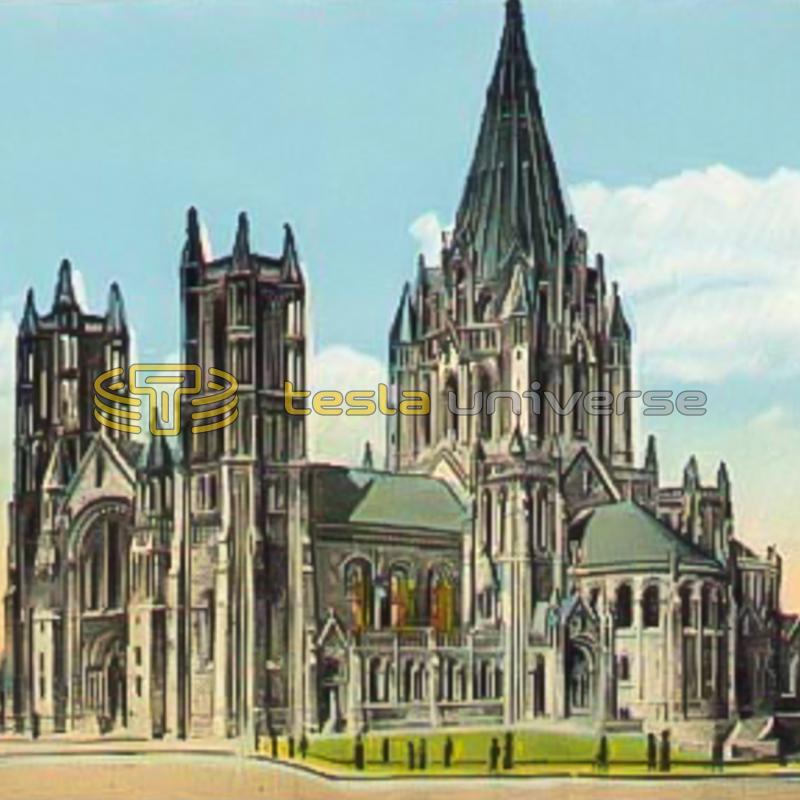 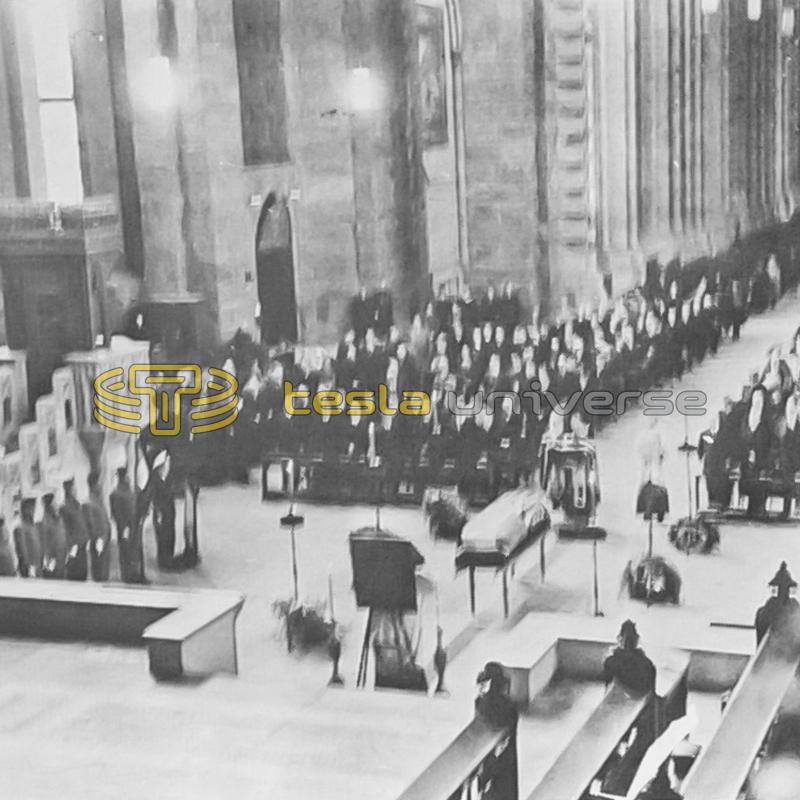 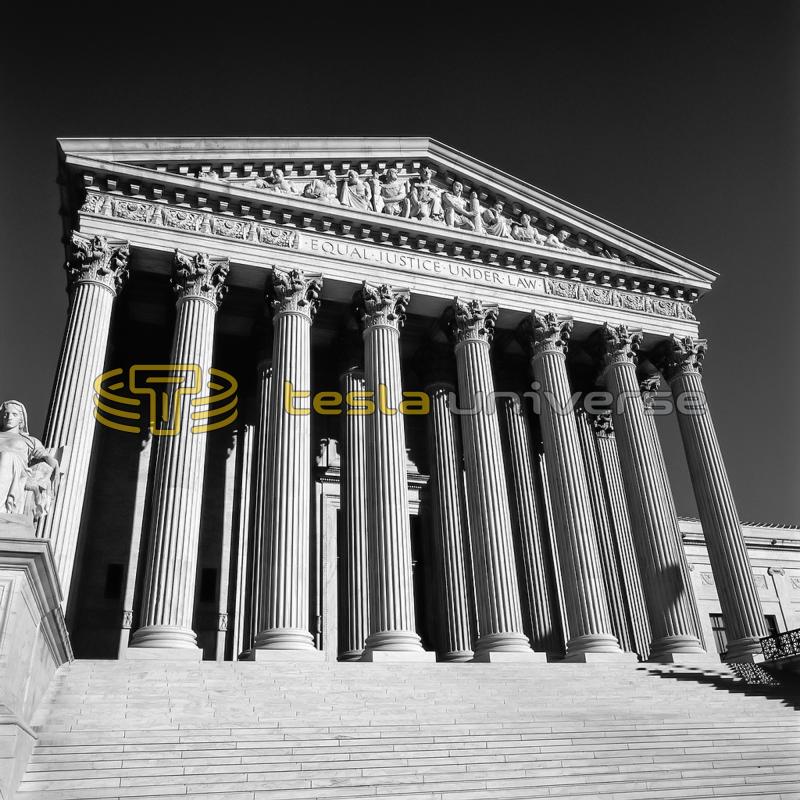 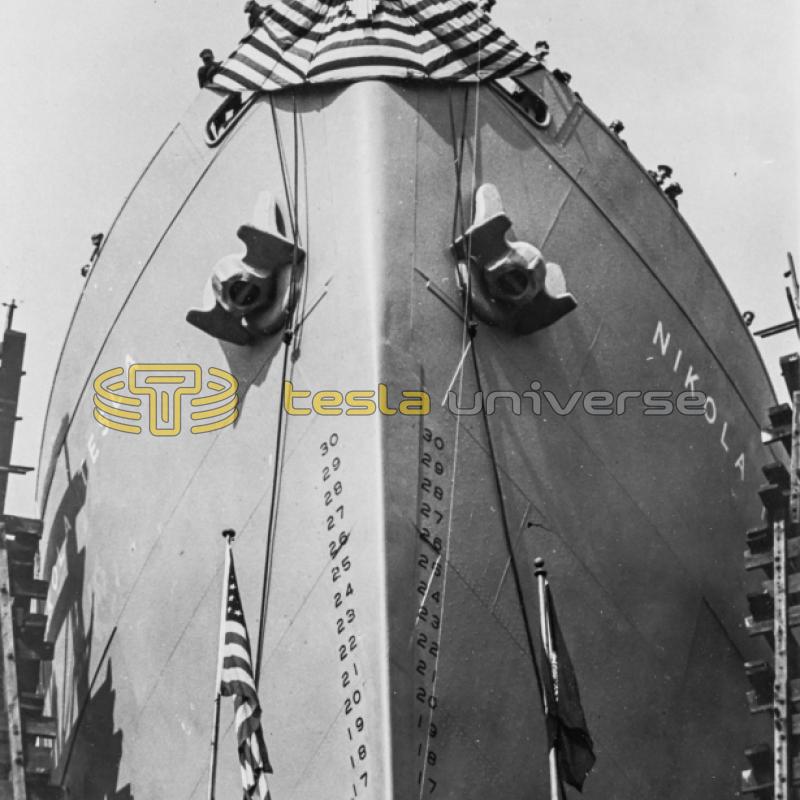 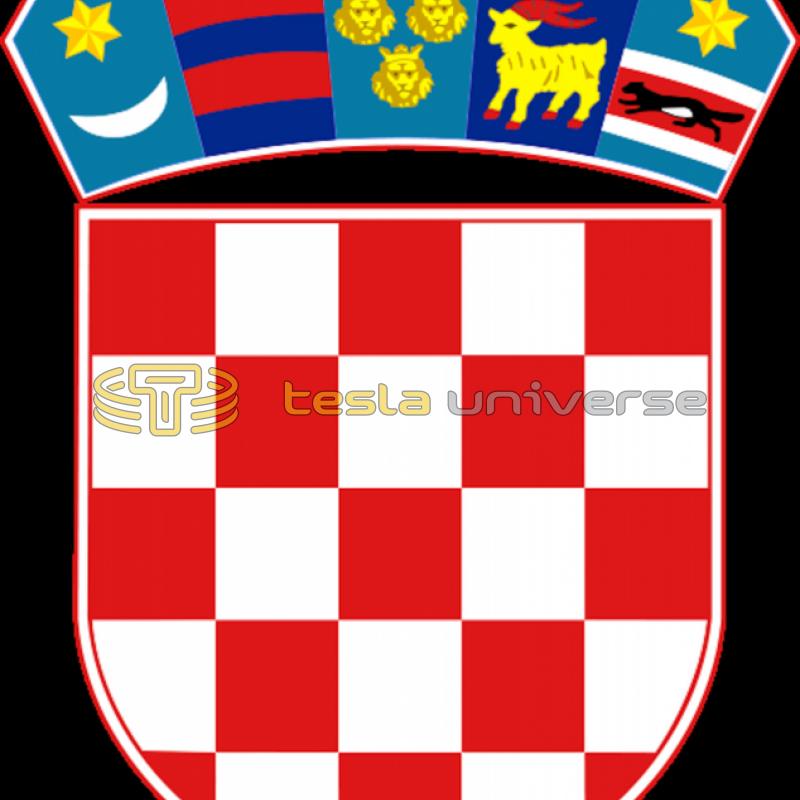 Tesla died quietly and alone in room #3327 on the 33rd floor of the Hotel New Yorker in New York City. The coroner would later estimate the time of death at 22:30 EST. Tesla was 86 years old.

Tesla had placed a "do not disturb" sign on his door on January 5th, 1943. Ignoring the sign, maid Alice Monaghan entered the room to find Tesla dead in his bed. Assistant Medical Examiner H. W. Wembly was called to the scene and after examination of the body, gave his opinion that the cause of death had been coronary thrombosis and that there had been no suspicious circumstances. Tesla's body was taken to the Frank E. Campbell Funeral Home at Madison Ave. and 81st St. A sculptor was commissioned by Hugo Gernsback, a long-time friend and supporter of Tesla, to create a death mask which is now displayed in the Nikola Tesla Museum.

After learning of Tesla's death, the FBI ordered the U.S. Office of Alien Property to seize all of Tesla's belongings. Tesla's entire estate from the Hotel New Yorker, and other New York City hotels, was transported to the Manhattan Storage and Warehouse Company under OAP seal. Dr. John G. Trump, an electrical engineer with the National Defense Research Committee of the Office of Scientific Research and Development, was called in to analyze the Tesla items in OAP custody.

Tesla was accorded a State Funeral at the Episcopal Cathedral of St. John the Divine at West 112th St., in New York City. The Cathedral of St. John is the largest Gothic cathedral in the world, accommodated the more than 2,000 who attended. The funeral service was opened by Episcopal Bishop William T. Manning and concluded by the venerable Reverend Dushan J. Shukletovich, rector of the Serbian Orthodox Church of St. Sava. After the funeral, Tesla's body was taken to the Ferncliff Cemetery in Ardsley, New York, where it was later cremated.

A second service was conducted in Serbian by prominent priests of the St. Sava Serbian Orthodox Cathedral at 13-15 West 25th St. in New York City.
1943

Basing their decision on Tesla's lectures of 1893, which were widely published in translation, the U.S. Supreme Court ruled in favor of Tesla as "the father of radio" in 1943, only a few months after Tesla's death. Some have speculated that the court reversed the decision merely to avoid having to pay any royalties to the Marconi Corporation, which was suing the U.S. government for patents used during World War I.

The liberty ship S.S. Nikola Tesla was christened on this day.

Croatian military division "Nikola Tesla" is formed. It fought in Lika, Dalmatia, Bosnia, Montenegro, Sandžak, Serbia, Srymia and Slavonia. The division distinguished itself in the liberation of Lika in March-May of 1943 as part of the Drvar and Belgrade operations. It became proletarian on March 19th, 1944 by decree of Supreme Headquarters and was praised several times by the Supreme Commander.