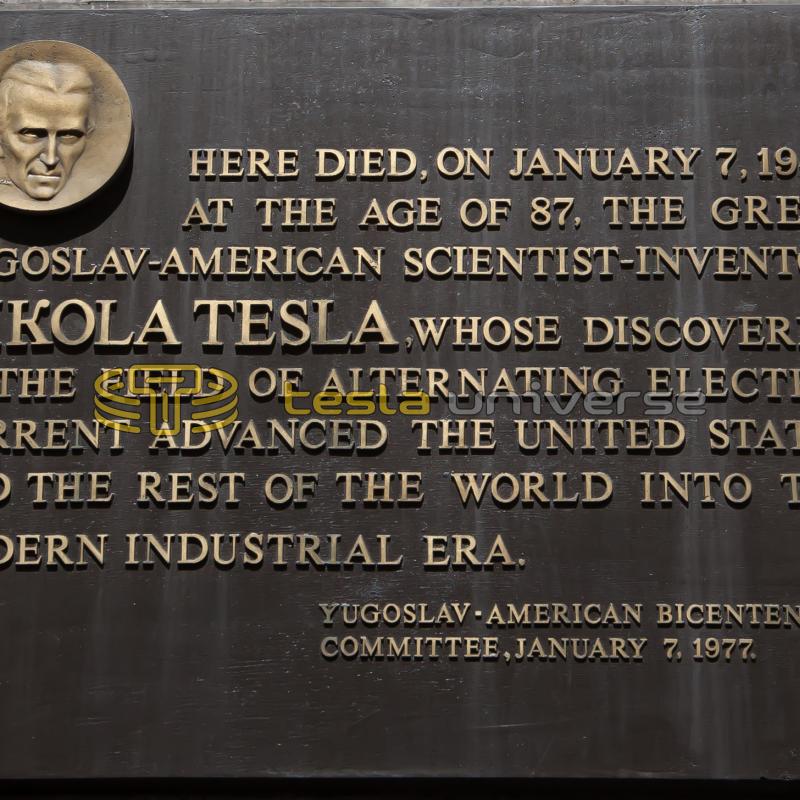 A commemorative plaque was unveiled at the Hotel New Yorker in Manhattan, New York. The ceremony was held in the presence of many dignitaries and Tesla admirers. It was an evening of Tribute to Nikola Tesla, one of the greatest minds of our civilization. The plaque was unveiled by Honorable Helen Delich Bentley, previous U.S. Congresswoman. The plaque was created by the Yugoslav-American Bicentennial Committee in 1977. Because of political reasons and the change of the ownership of the Hotel New Yorker, the plaque could not be placed at that time.