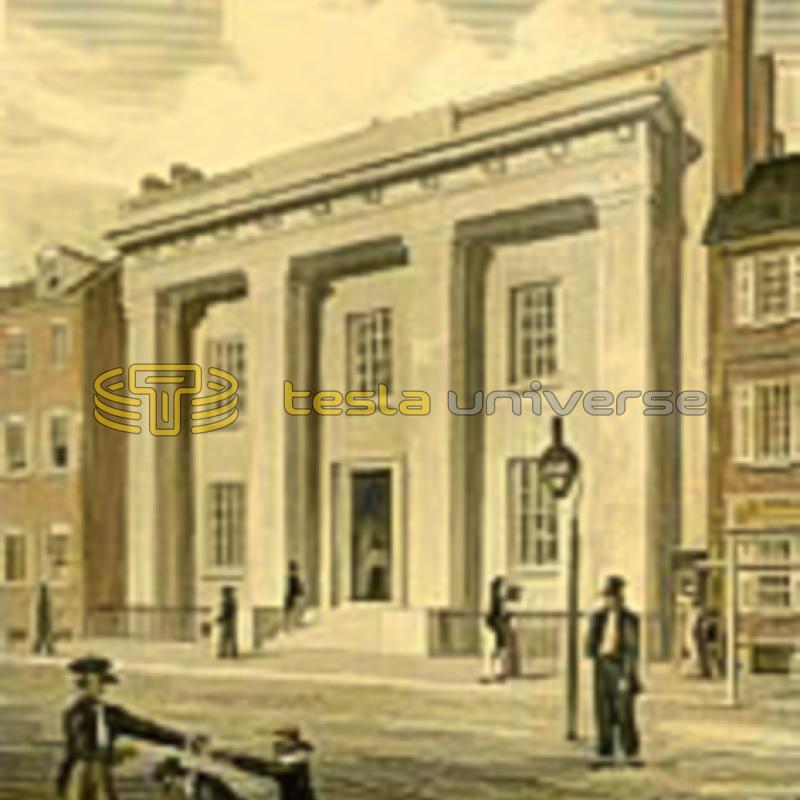 The original Franklin Institute of Philadelphia where Tesla lectured. 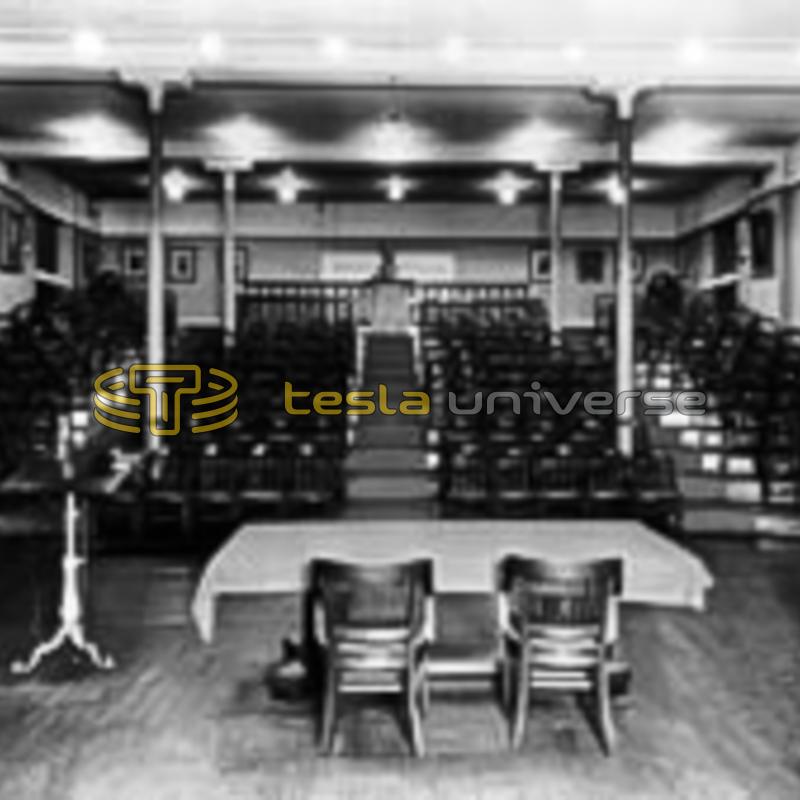 The lecture hall of the Franklin Institute where Tesla lectured. 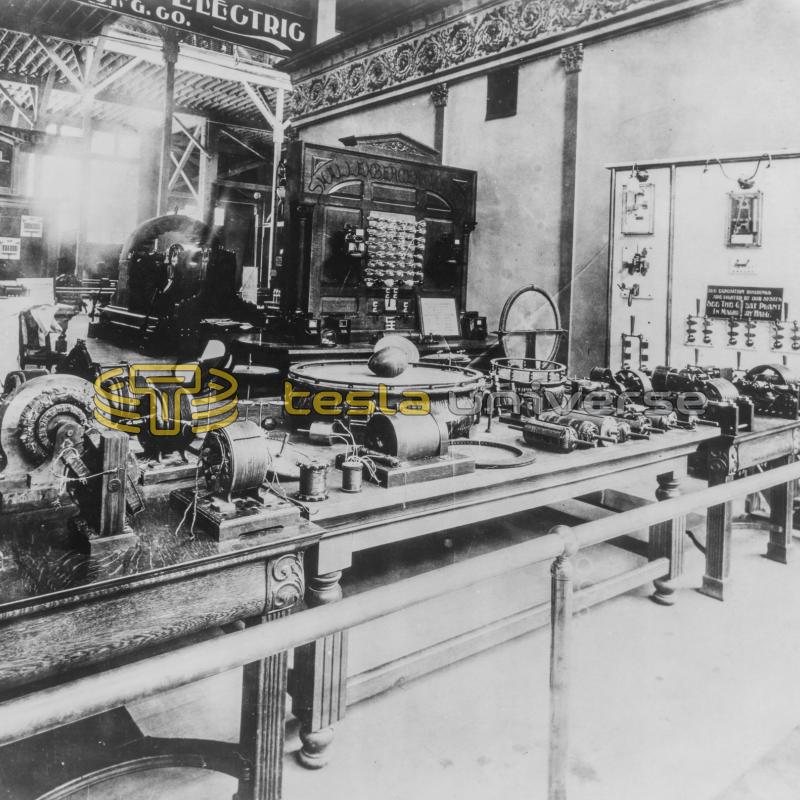 Tesla's display at the World's Fair. 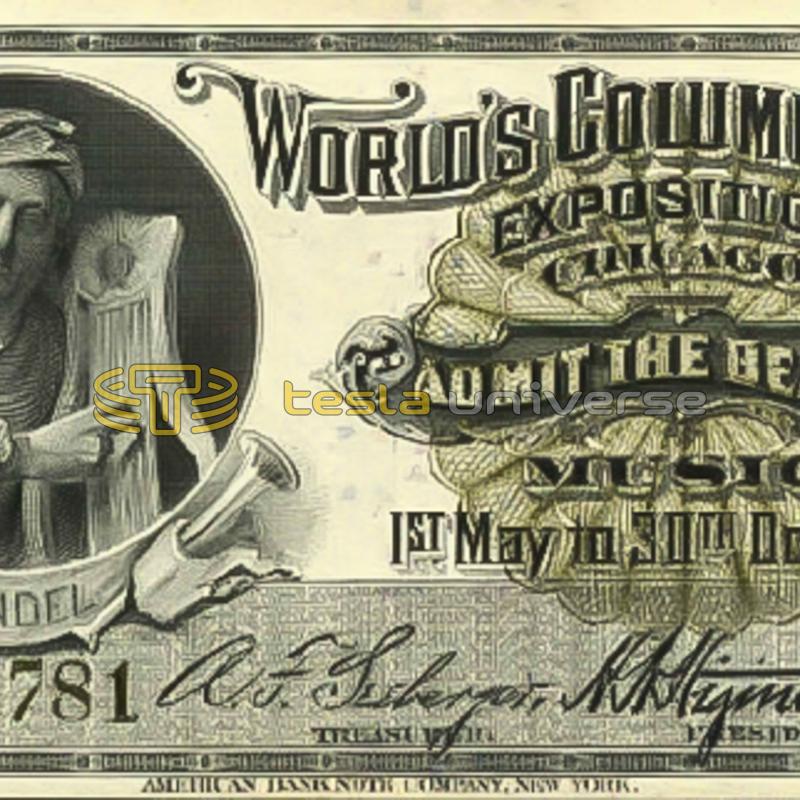 An admission ticket to the Columbian Exposition (1893 World's Fair). 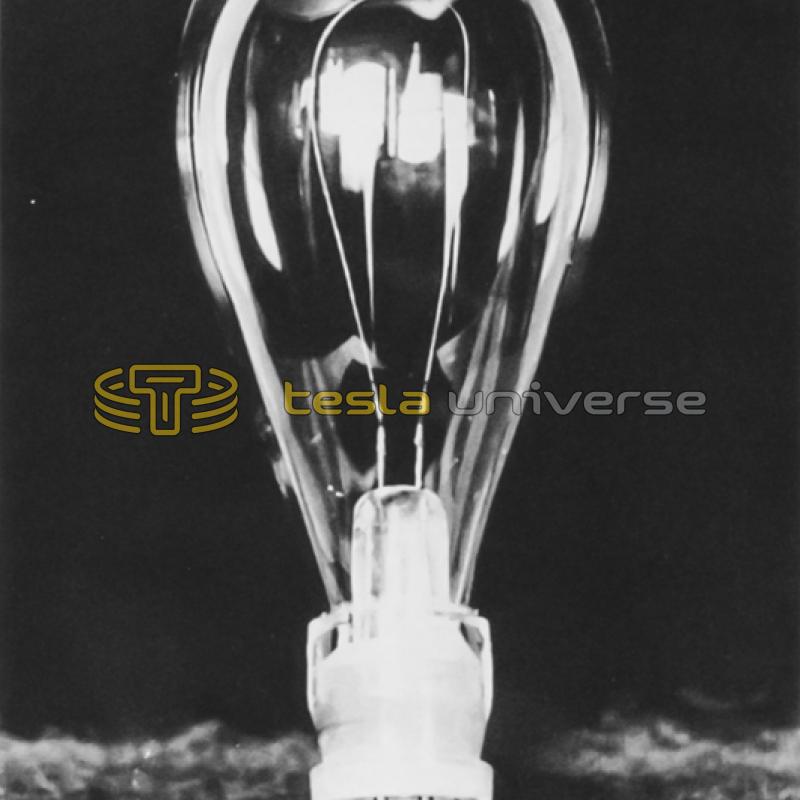 The Westinghouse (Sawyer-Man) "stopper lamp" used at the World's Fair.

The spectacular "City of Light" at the Columbian Exposition powered by Tesla's AC. 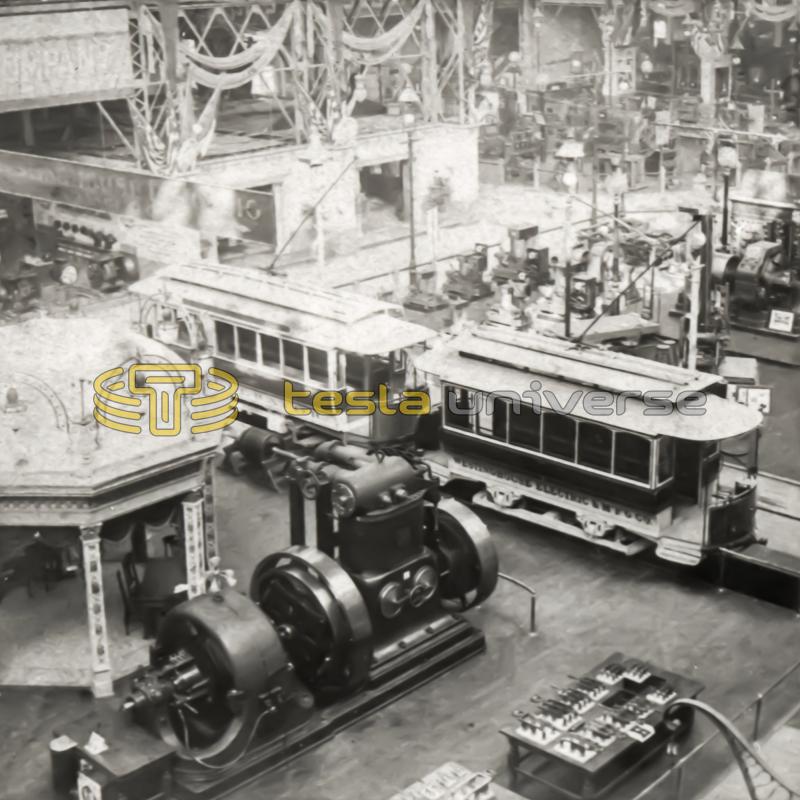 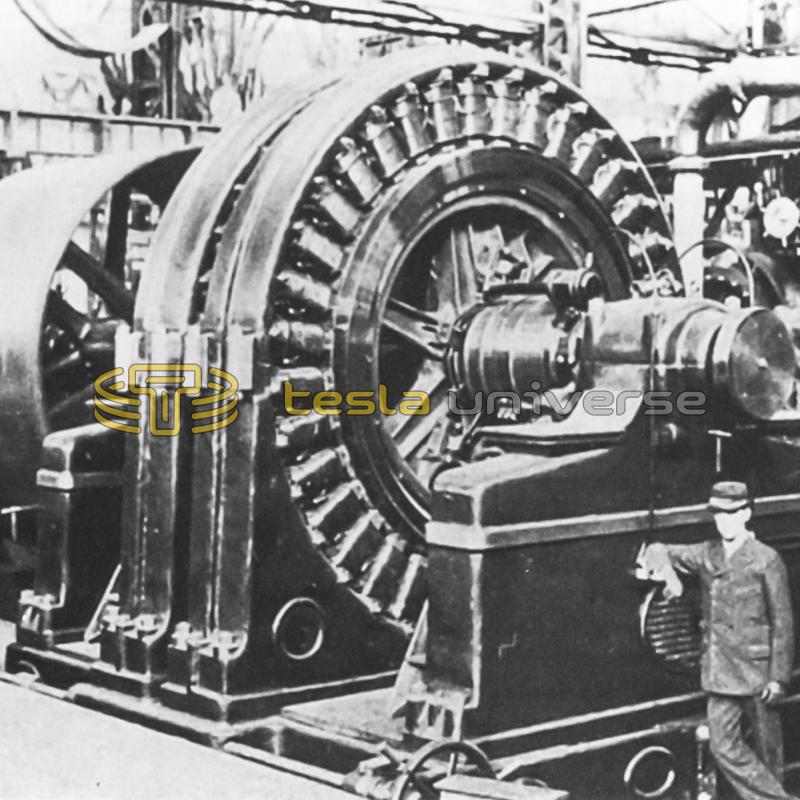 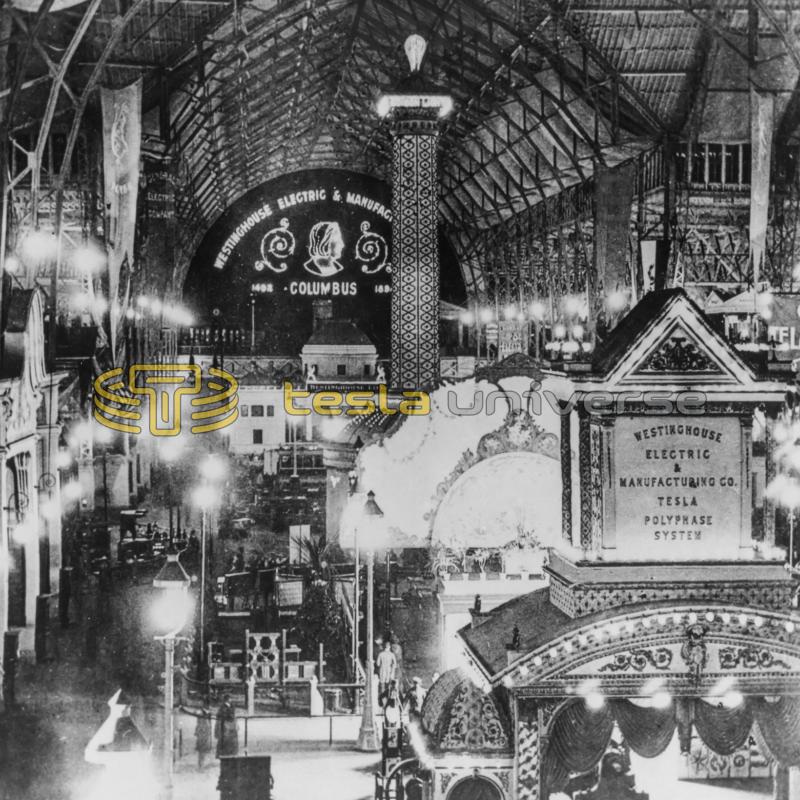 The "Electricity Hall" of the Columbian Exposition (World's Fair). 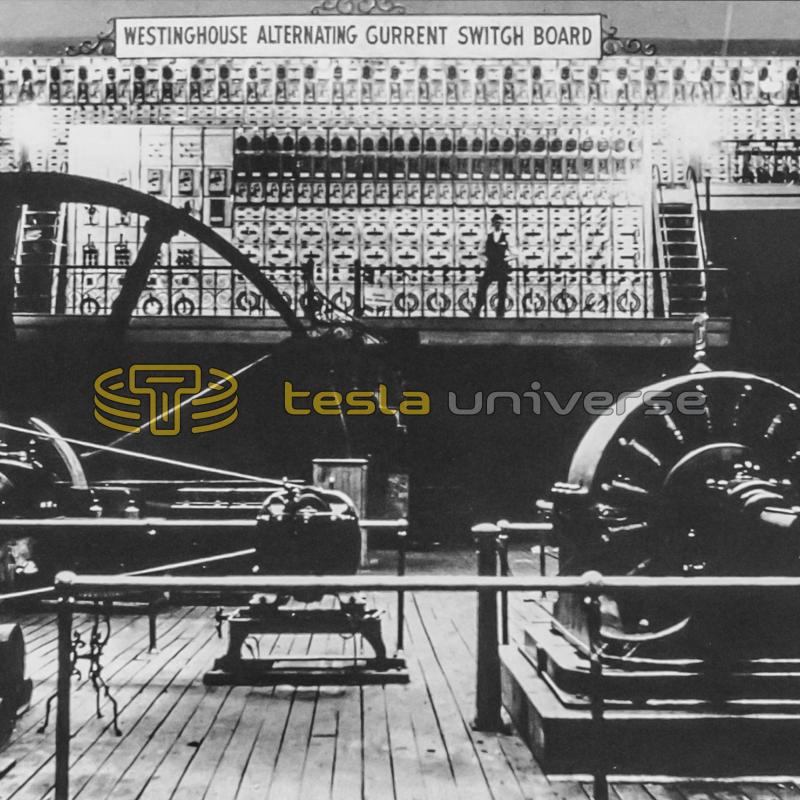 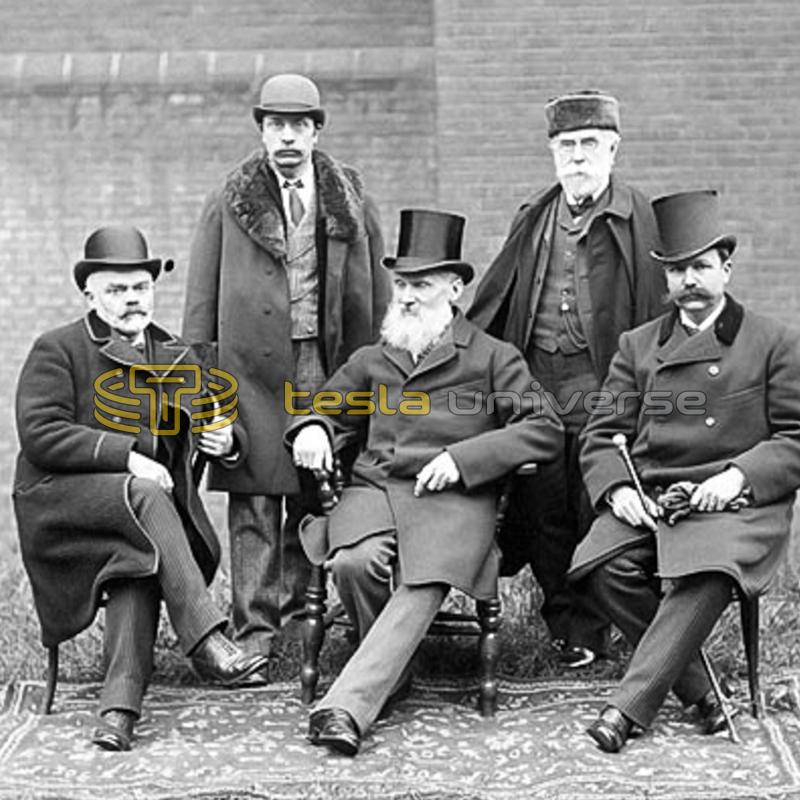 The Niagara Commission, led by the renowned Lord Kelvin.

"On Light and Other High Frequency Phenomena" lecture is given before the Franklin Institute of Philadelphia.

"On Light and Other High Frequency Phenomena" lecture is given before the National Electric Light Association in St. Louis, Missouri.
1893

In 1892 George Westinghouse won the contract to power the Columbian Exposition. The Westinghouse company, with Tesla's guidance, built a power system for the exposition that produced three times more energy than was being utilized by the entire remainder of Chicago. Tesla had a large display including phosphorescent lighting (a precursor to fluorescent lamps) powered without wires by high-frequency fields and the Egg of Columbus. The success of the Tesla Polyphase System installed at the exposition ensured Westinghouse would be selected to harness Niagara.

"Mechanical and Electrical Oscillators" lecture is given before the members of the International Electrical Congress at the Columbian Exposition in Chicago, Illinois.
1893

Westinghouse is awarded the initial Niagara Falls contract signifying the end of "The War of the Currents."