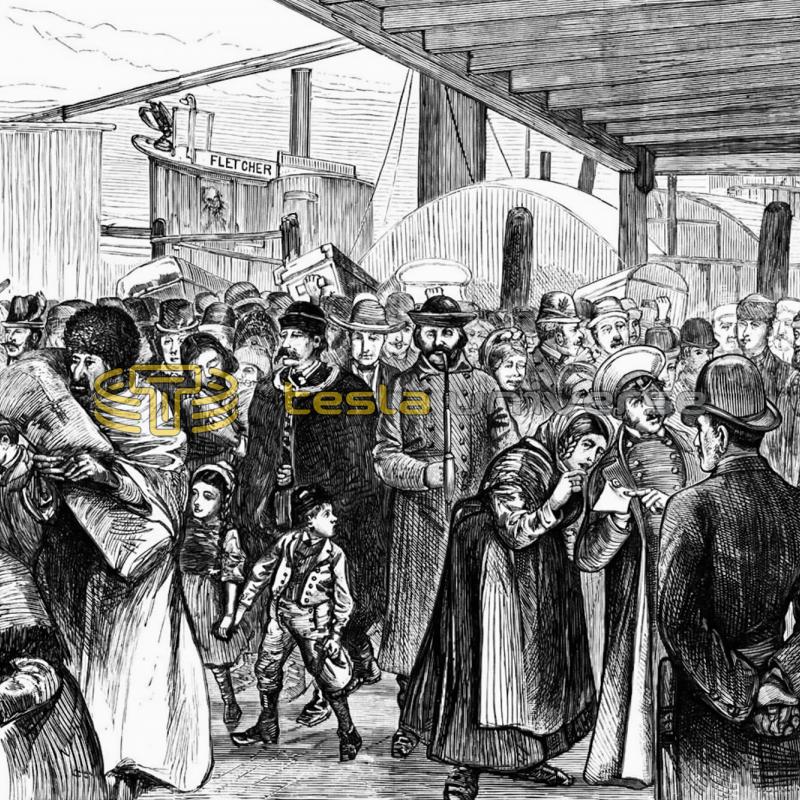 Immigrants arriving at Castle Garden in New York as Tesla likely did. 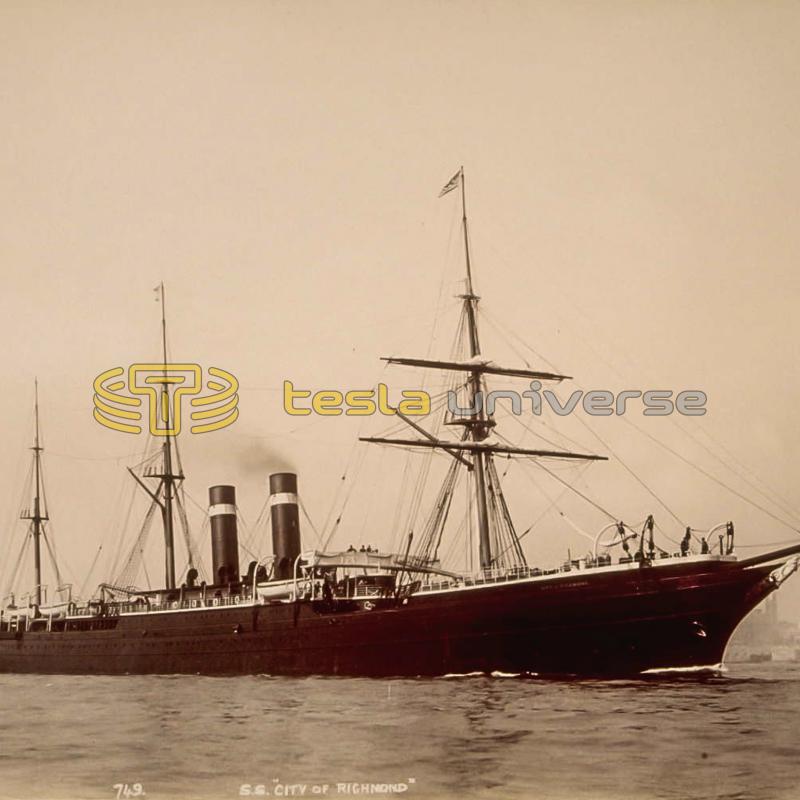 The S.S. "City of Richmond," the ship that brought Tesla to America. 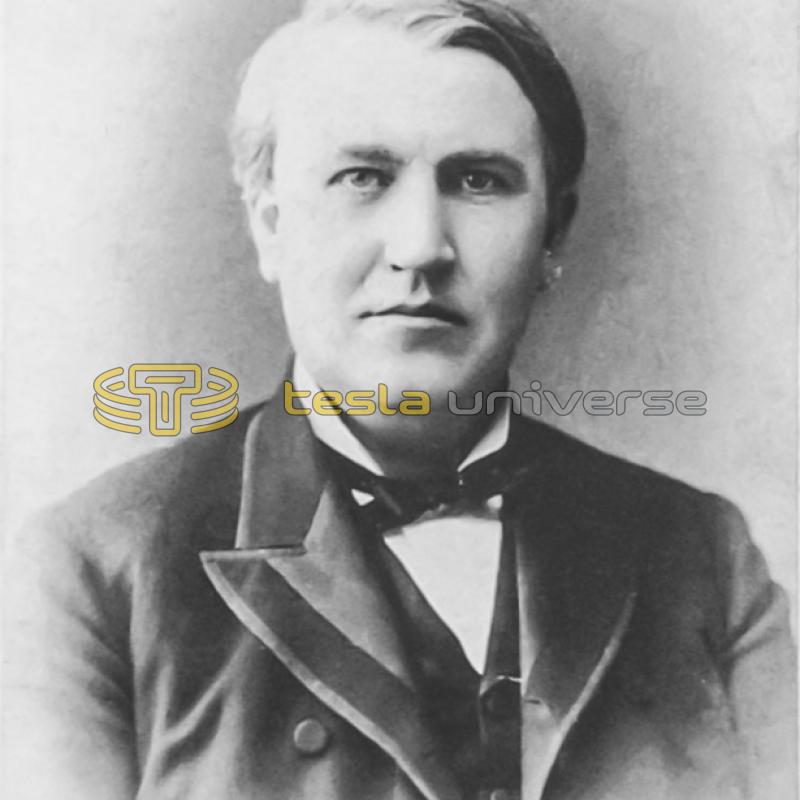 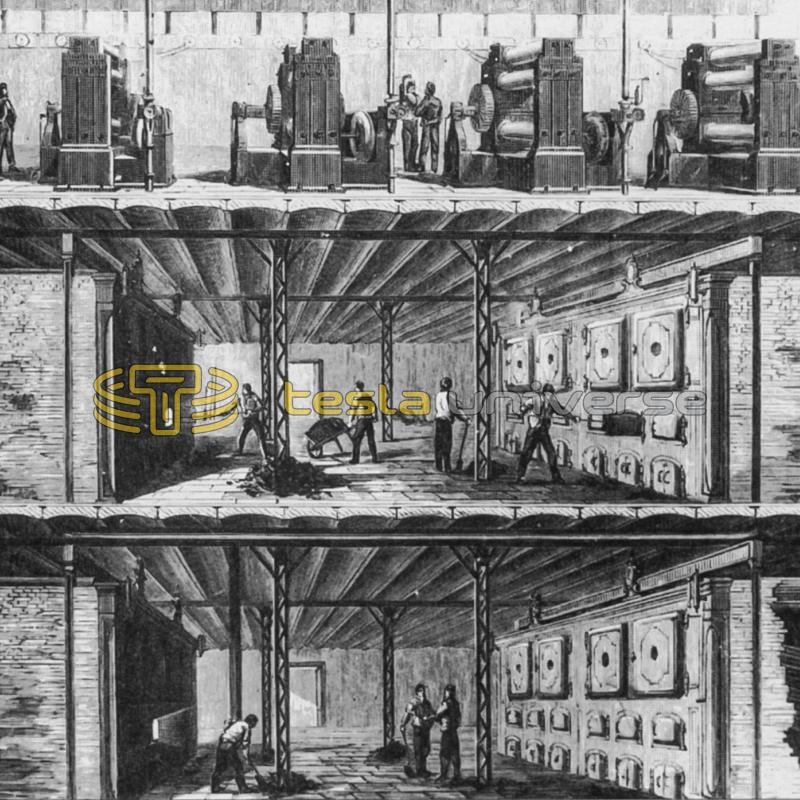 An illustration of the internal workings of Edison's Pearl St. New York Station. 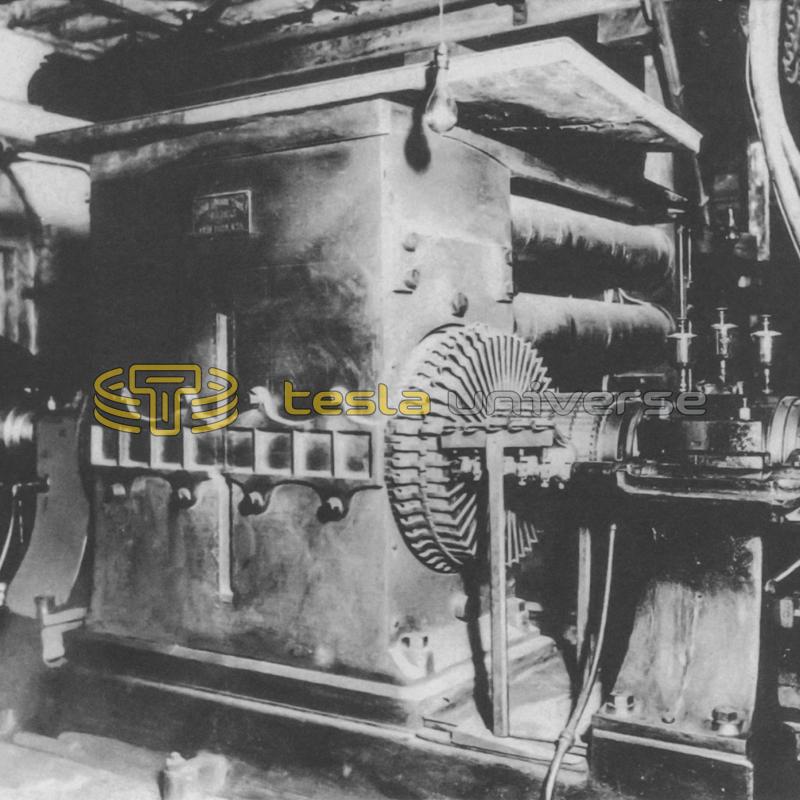 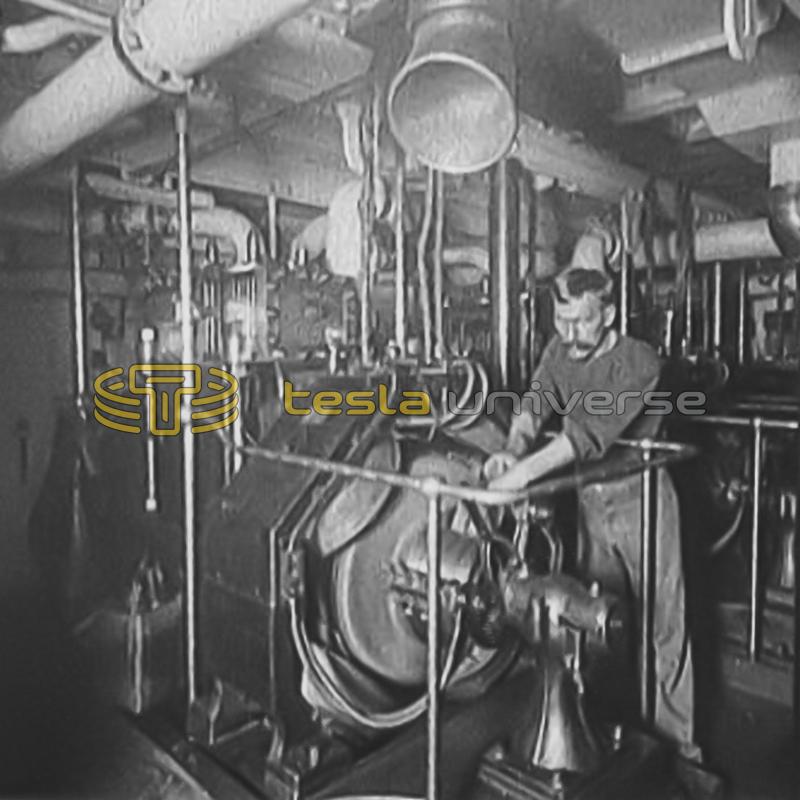 The dynamo aboard the S.S. Oregon shortly after Tesla's repair.

In the spring, Tesla, with funds provided by Uncles Petar and Pajo, packed his gear and caught the next boat for America. His trip didn't start too smoothly because his ticket, money and some of his luggage were stolen. To make matters worse, a mutiny broke out on the ship and Tesla was nearly thrown overboard. Through his strong resolve, Tesla was not deterred. He arrived in New York a few weeks later with four cents in his pocket, a few poems and remnants of his belongings.

Some accounts state that Tesla started the very day he arrived in New York. Others put his start date on the following day. Regardless of the discrepancy, we know that Edison essentially hired Tesla on the spot but would hear nothing of his A.C. power system. Tesla was soon dispatched to Henry Villard's ocean liner, the Oregon, the first boat ever to have electric lighting. The set of dynamos that powered the ship were badly damaged and Edison was amazed to learn that Tesla had repaired them. He was quoted as calling Tesla "a damn good man." While Tesla worked for Edison he also installed and repaired incandescent and arc lamps, reassembled D.C. generators and designed twenty-four different types of machines that became standards replacing original Edison designs.