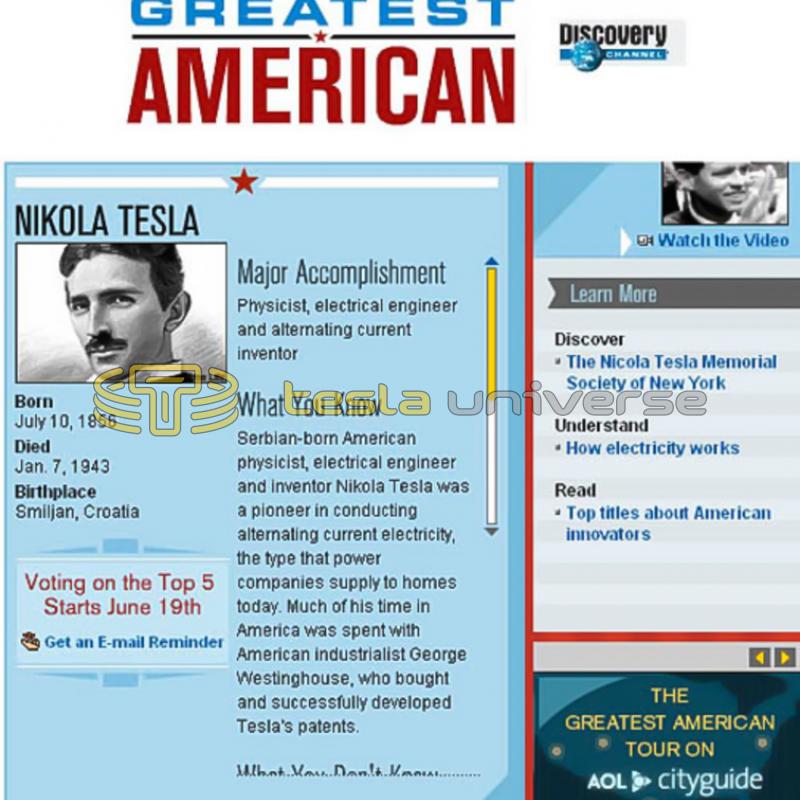 "The Greatest American" was a four-part American television series hosted by Matt Lauer in 2005. The show featured biographies and lists of influential persons in U.S. history, and culminated to a contest in which millions of viewers nominated and voted for the person they felt was "the greatest American." Tesla was ranked at number 97 out of 100.