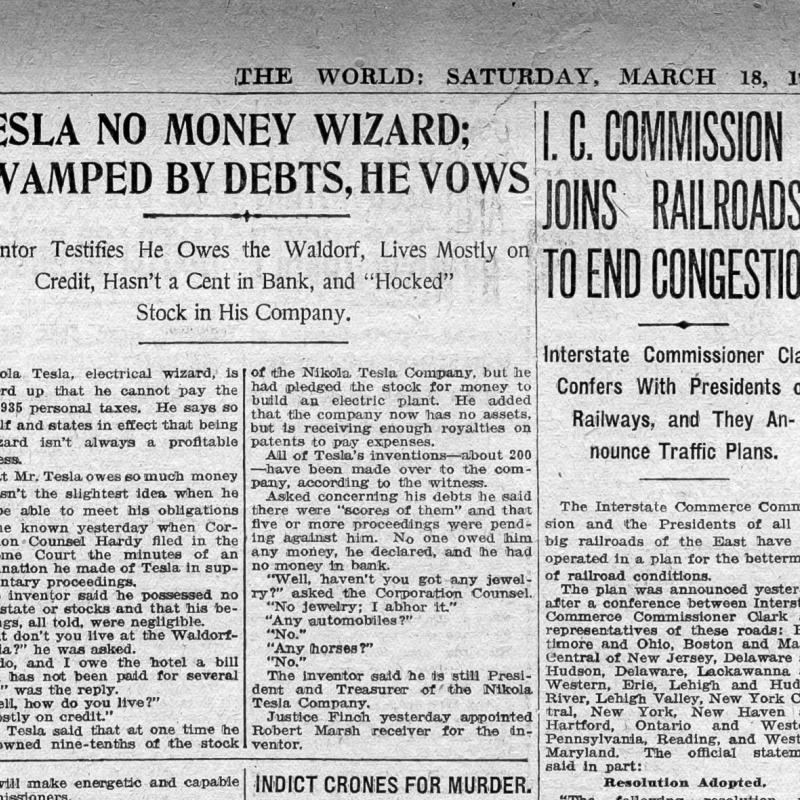 An article from "New York World.

Even though Tesla had some minor successes, he continued to fall deeper and deeper into debt primarily due to his high overhead. He was called into the state supreme court for $935.00 in unpaid taxes on the Wardenclyffe property. Under oath before Justice Finch, Tesla revealed that he was essentially penniless and owned no real assets. "New York World" ran an embarrassing article exposing Tesla's financial crisis.