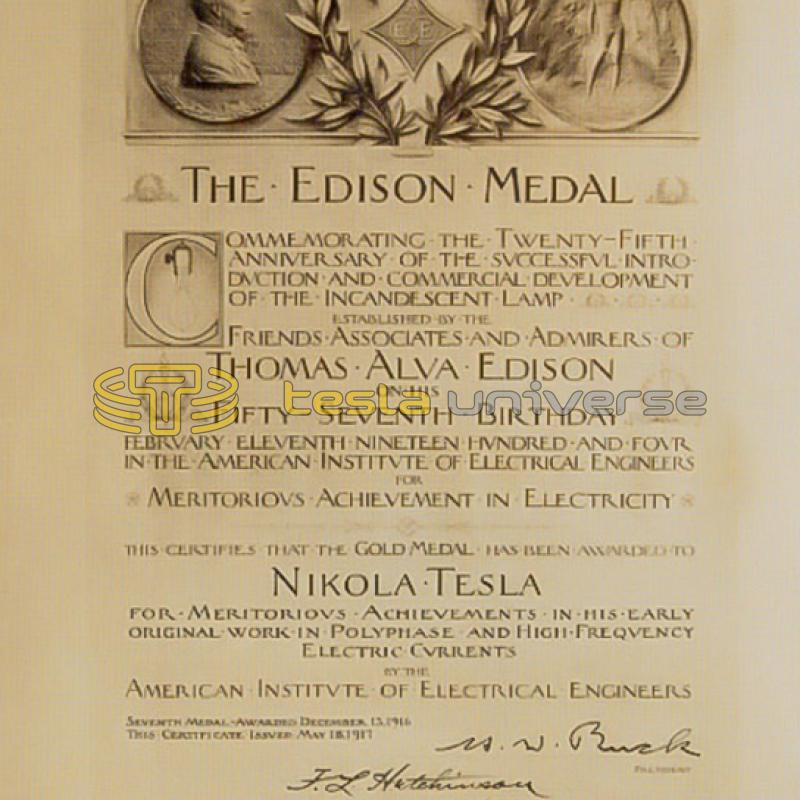 The certificate of the Edison medal awarded to Nikola Tesla in 1917. 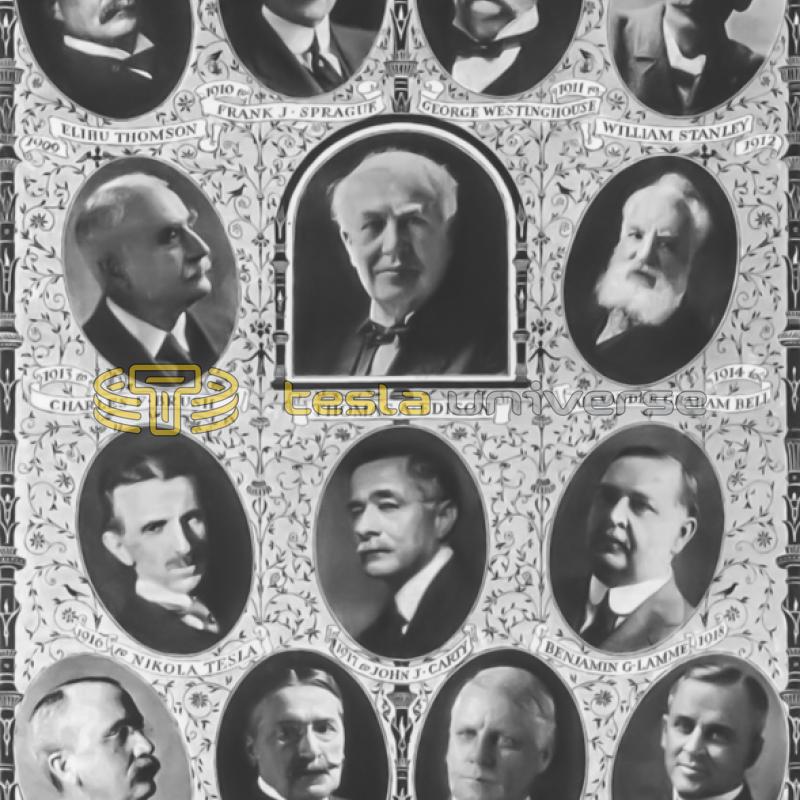 Thomas Edison and the Edison medalists, including Nikola Tesla. 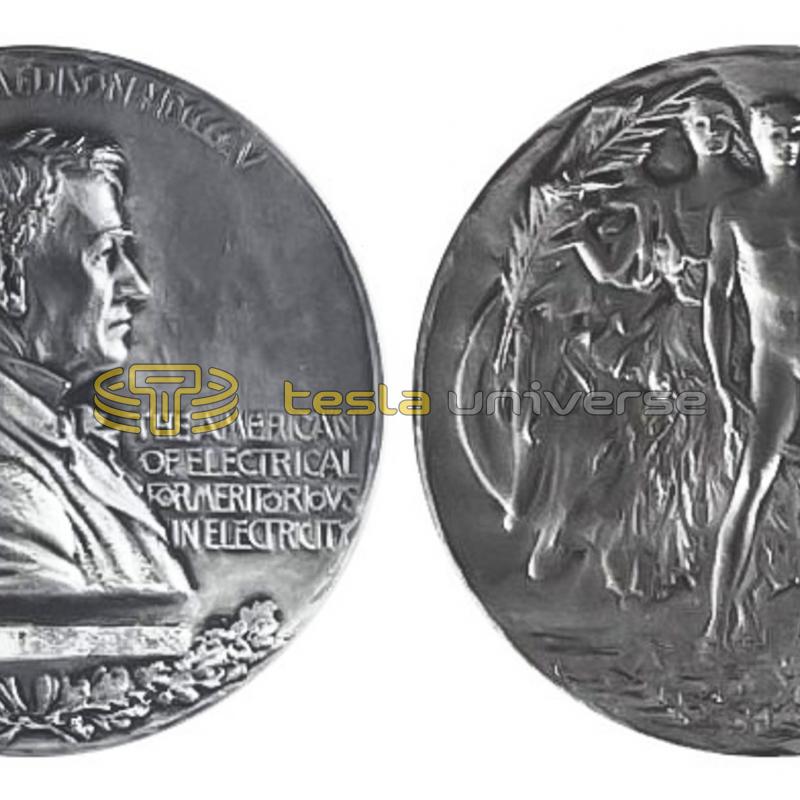 The Edison Medal awarded to Tesla in 1917. 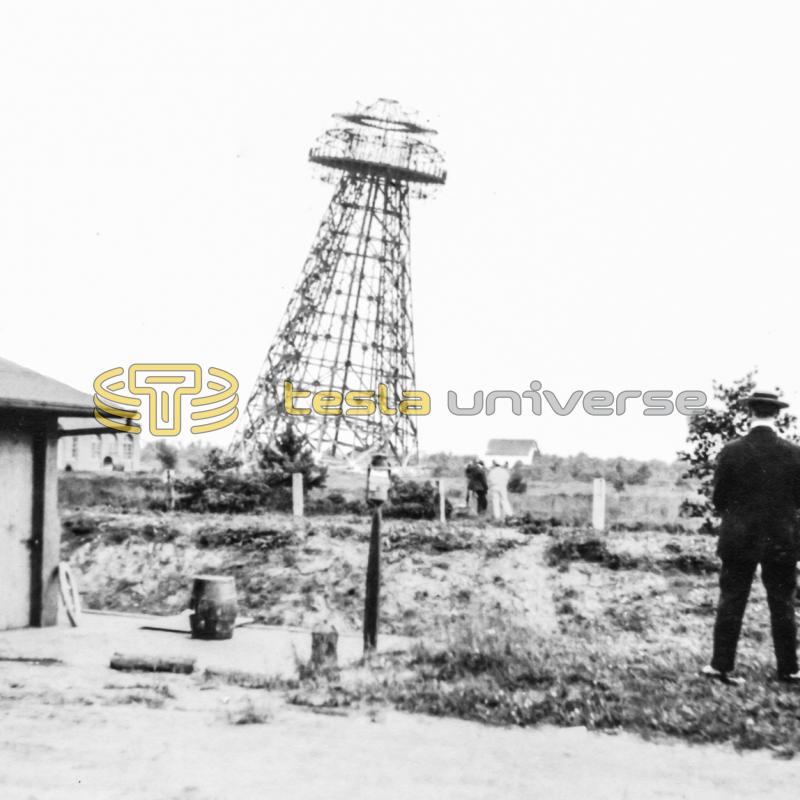 Photo of the initial Wardenclyffe demolition. 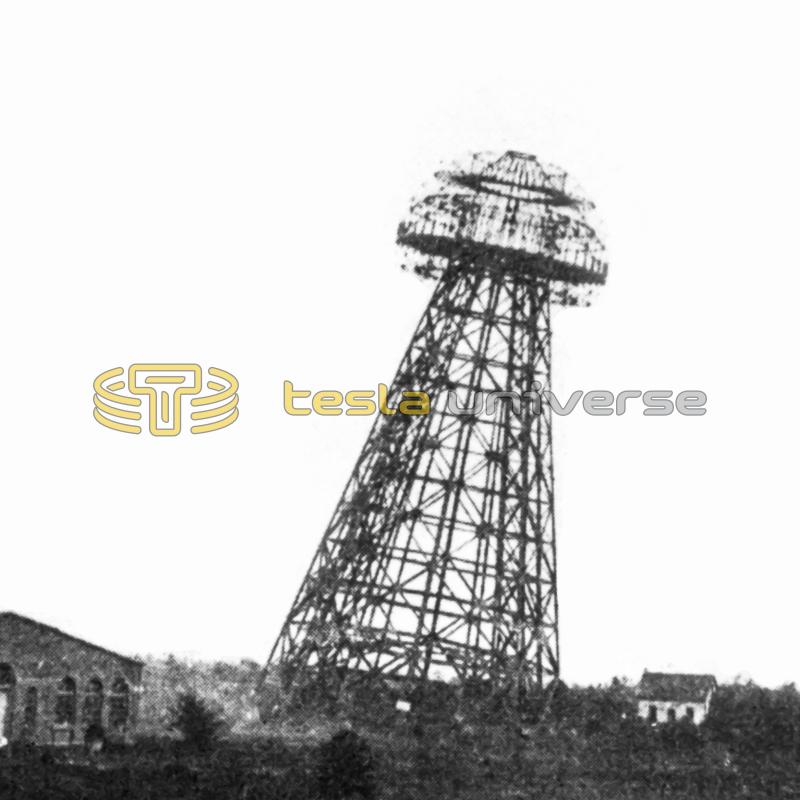 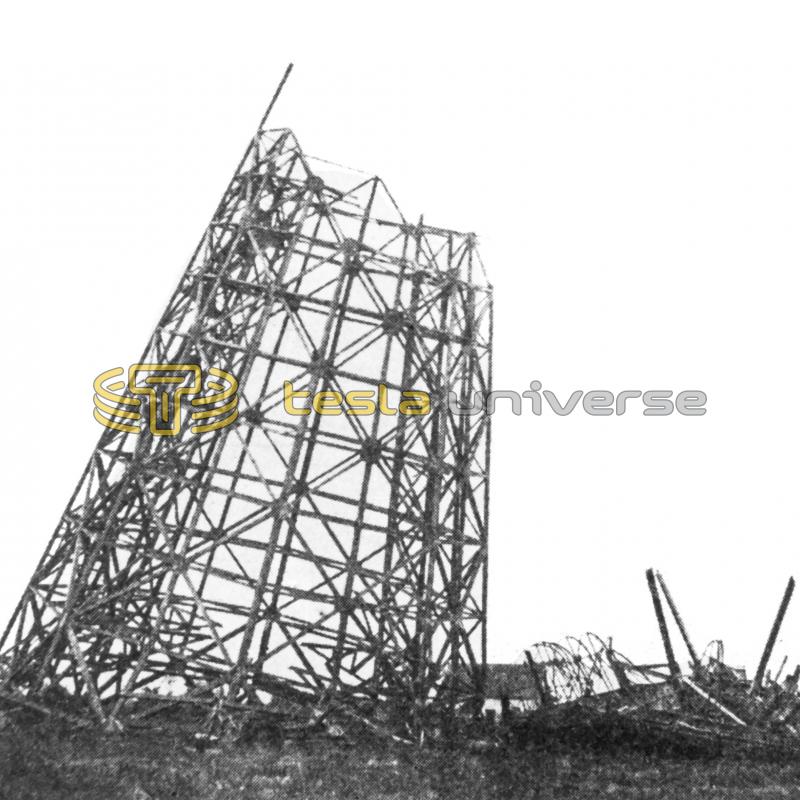 The Wardenclyffe tower after the second dynamiting. 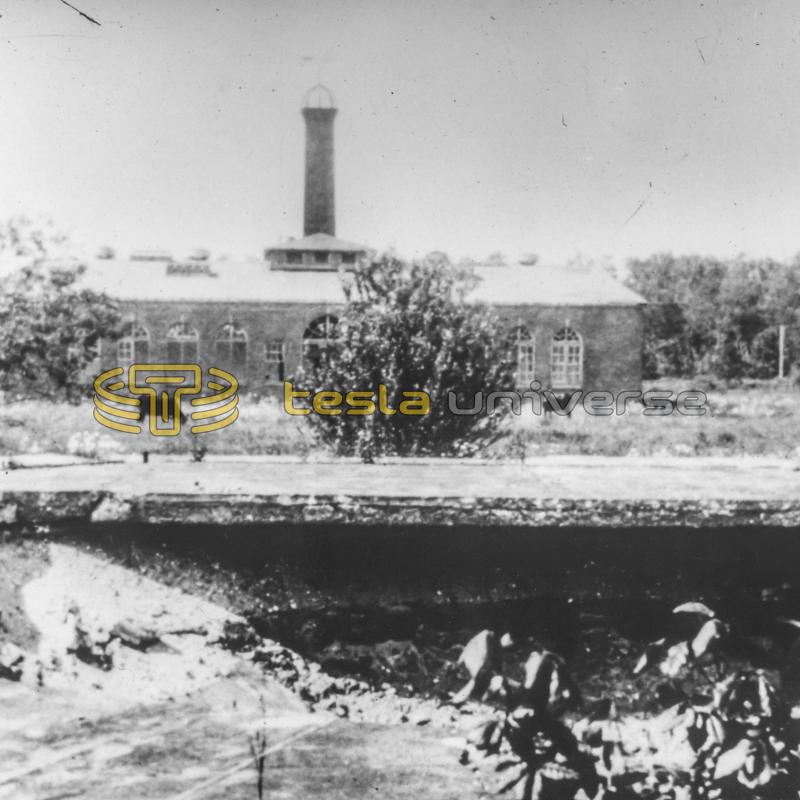 The base of the Tesla tower after the demolition and salvage were completed. 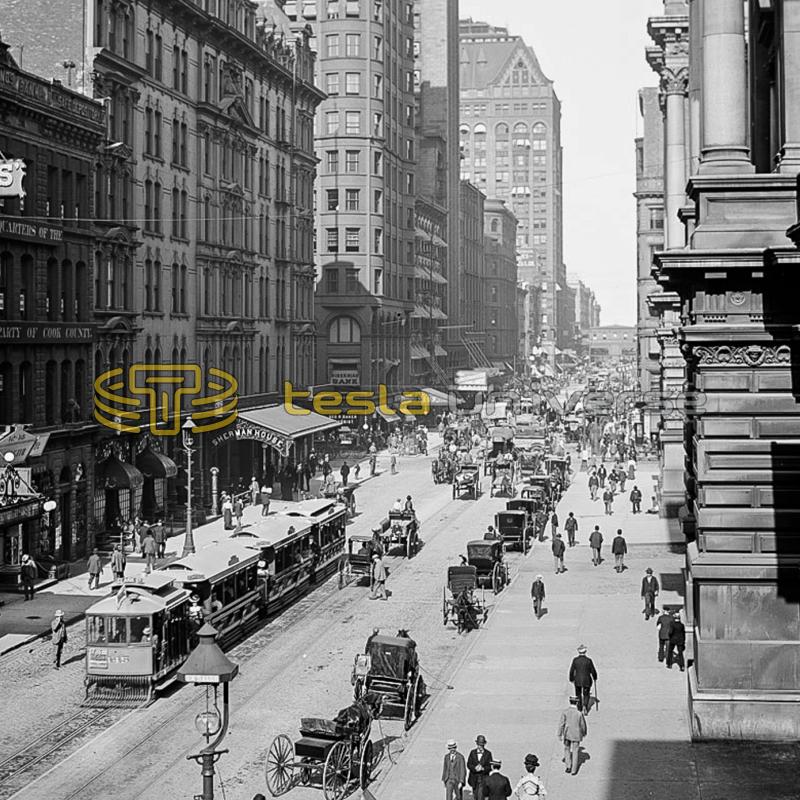 Downtown Chicago, Illinois from around the time Tesla worked for Pyle. 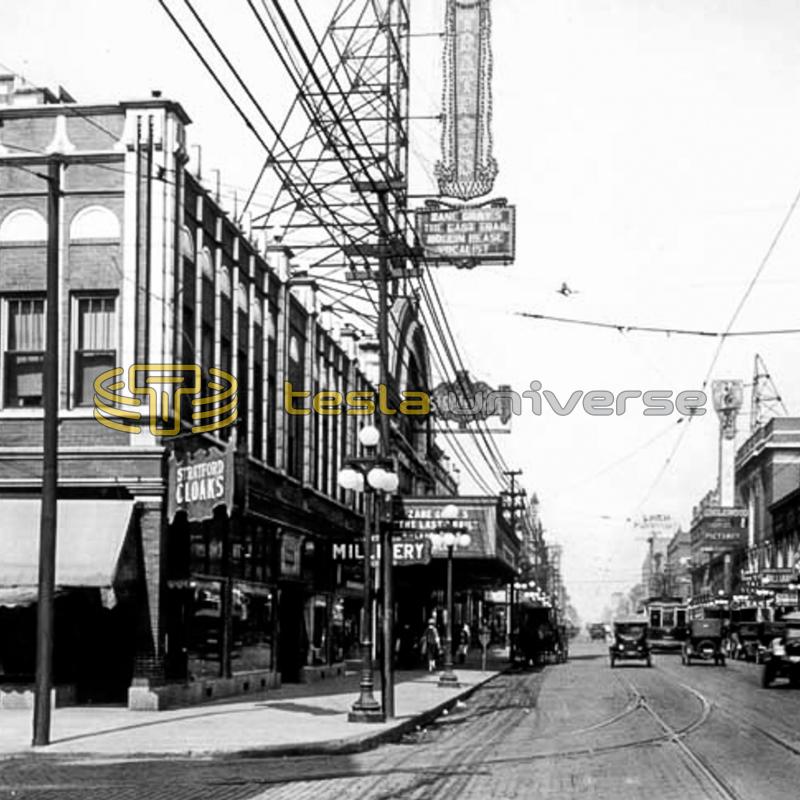 Downtown Chicago, Illinois from when Tesla worked for Pyle. 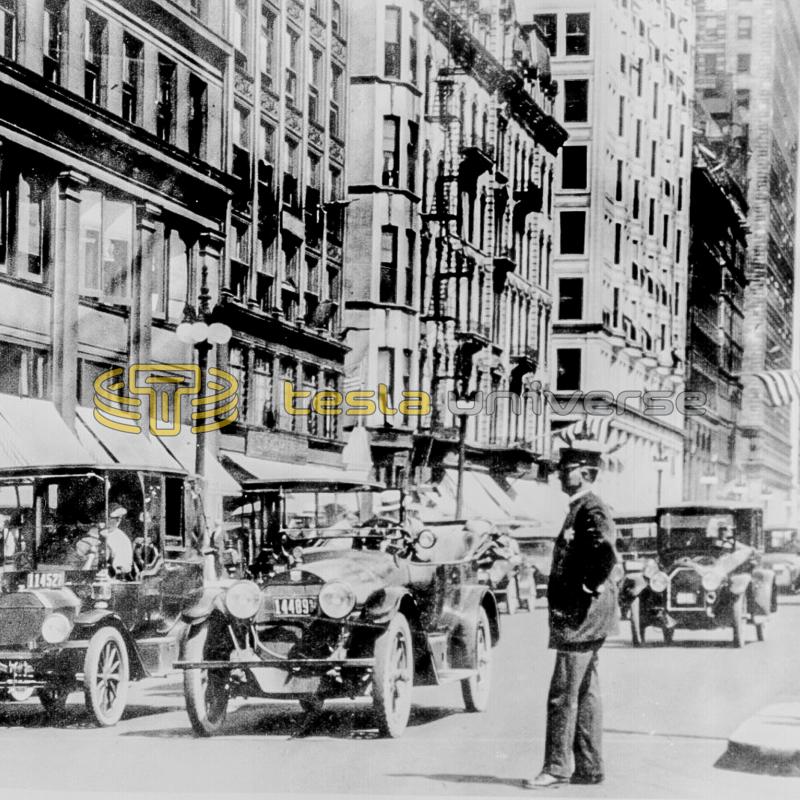 Downtown Chicago, Illinois from around the time Tesla was there. 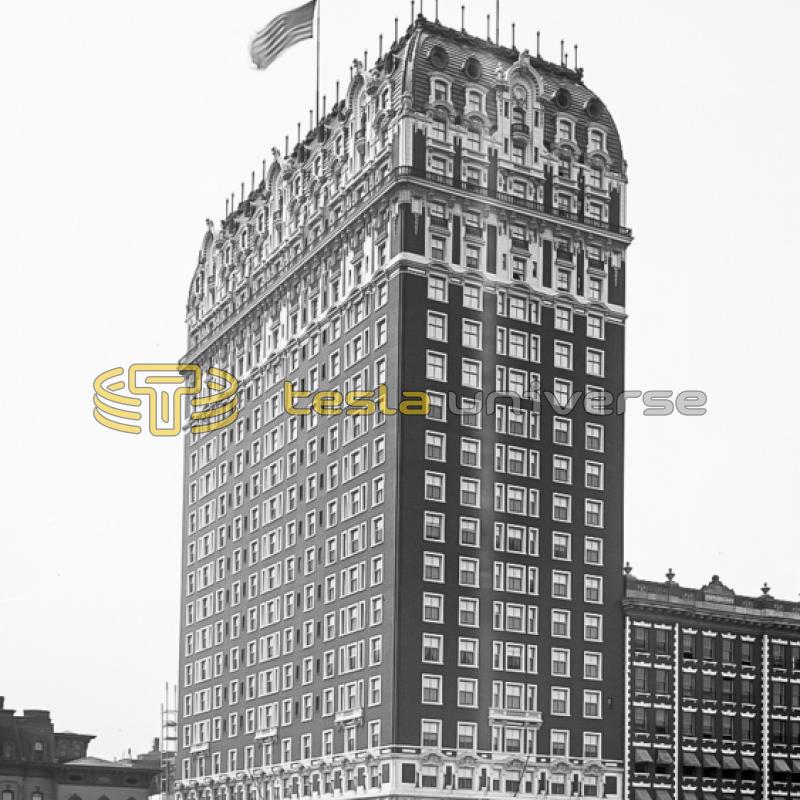 The Blackstone Hotel, Chicago, Illinois where Tesla stayed while working for Pyle. 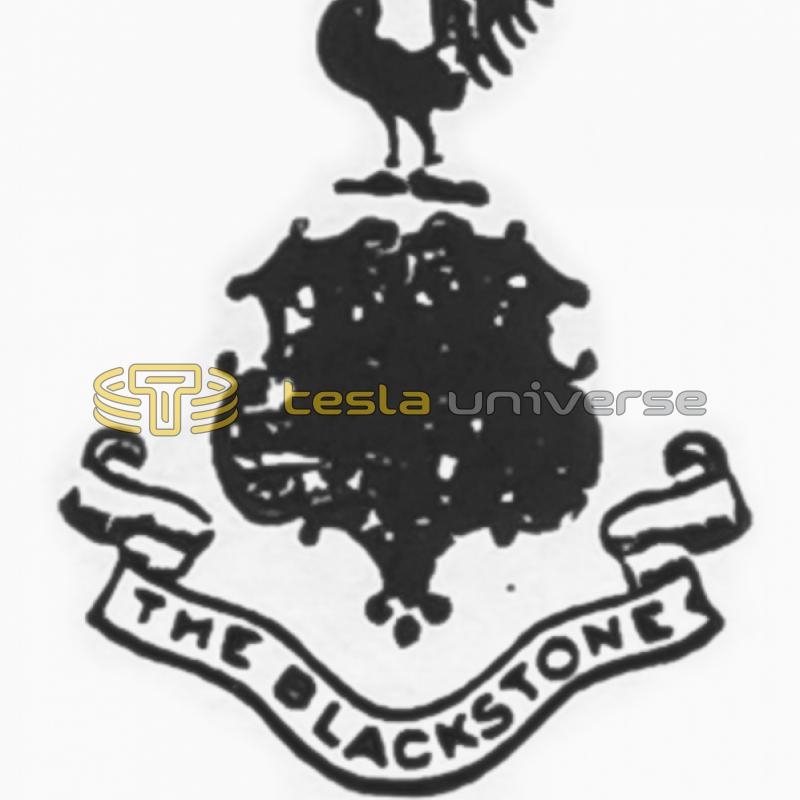 The Blackstone Hotel letterhead from same time Tesla resided there. 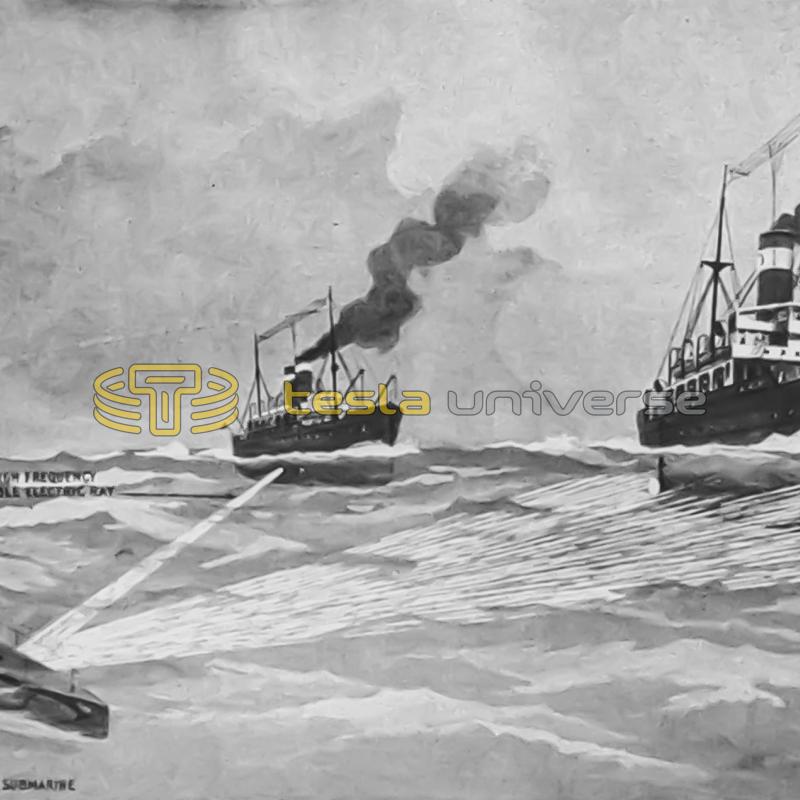 Originally rejecting the offer of the AIEE's highest award, Tesla reconsiders and accepts after being encouraged by Bernard A. Behrend. During the introduction, Tesla disappears and is later found at the library feeding his beloved pigeons. He is persuaded to return and gives his acceptance speech.

Reported in the media as being suspected of being used by German spies, the tower was actually ordered to be destroyed to cover debts incurred by Tesla at the Waldorf Astoria where he lived for almost 20 years.

Tesla contracts with Pyle National on the perfection of his turbines. He moves into the Blackstone Hotel where he stays for the next 16 months.

In the August 1917 edition of "Electrical Experimenter" magazine, Tesla stated, "For instance, by their (standing electromagnetic waves) use we may produce at will, from a sending station, an electrical effect in any particular region of the globe; (with which) we may determine the relative position or course of a moving object, such as a vessel at sea, the distance traversed by the same, or its speed."