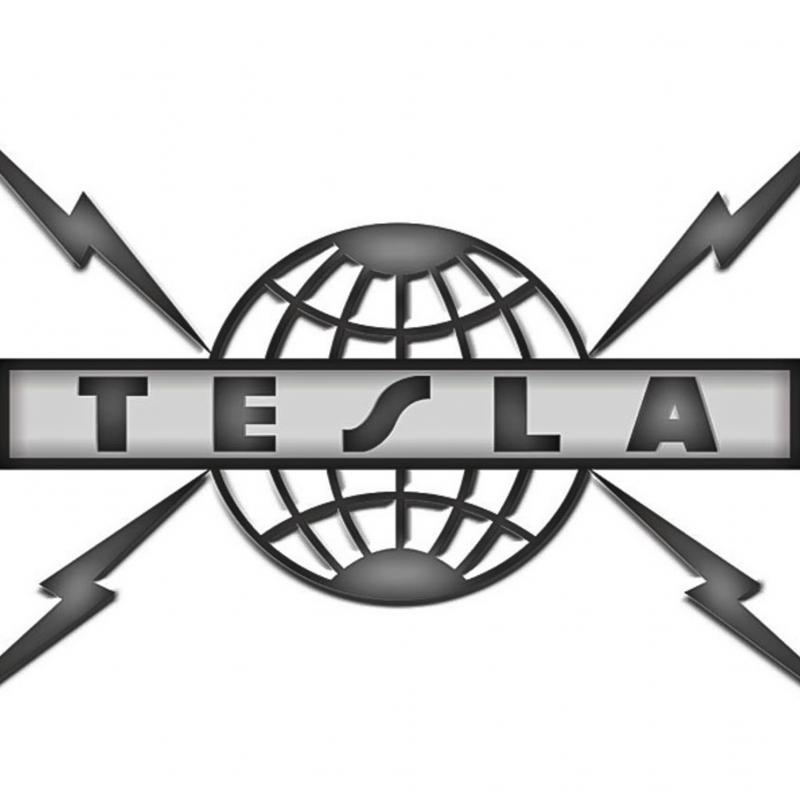 The logo of the American band named after Tesla. 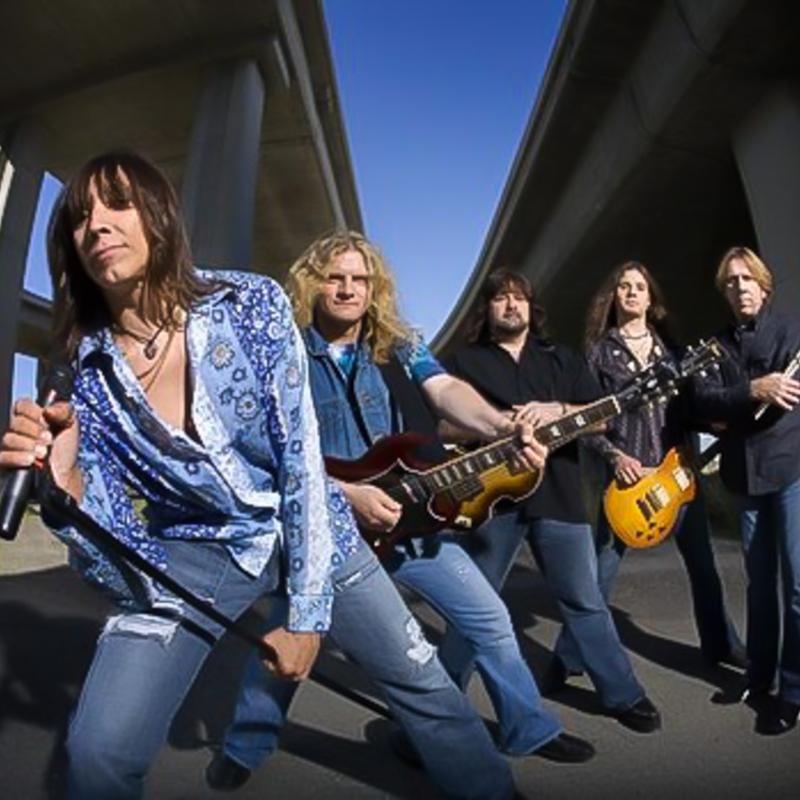 The members of "Tesla" the band.

The band formed in 1984 in Sacramento as City Kidd and was renamed Tesla during the recording of their first album, 1986's "Mechanical Resonance," on the advice of their manager that City Kidd was not a great name. The band derived their name, certain album and song titles, and some song content from events relating to Tesla.