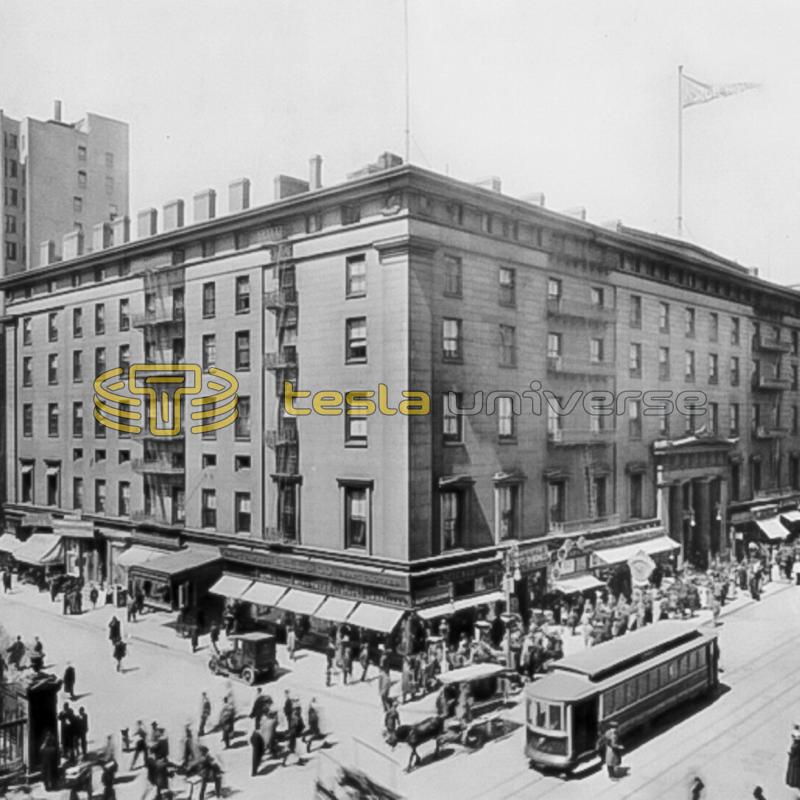 The Astor House, one of the New York's most luxurious hotels of the time. 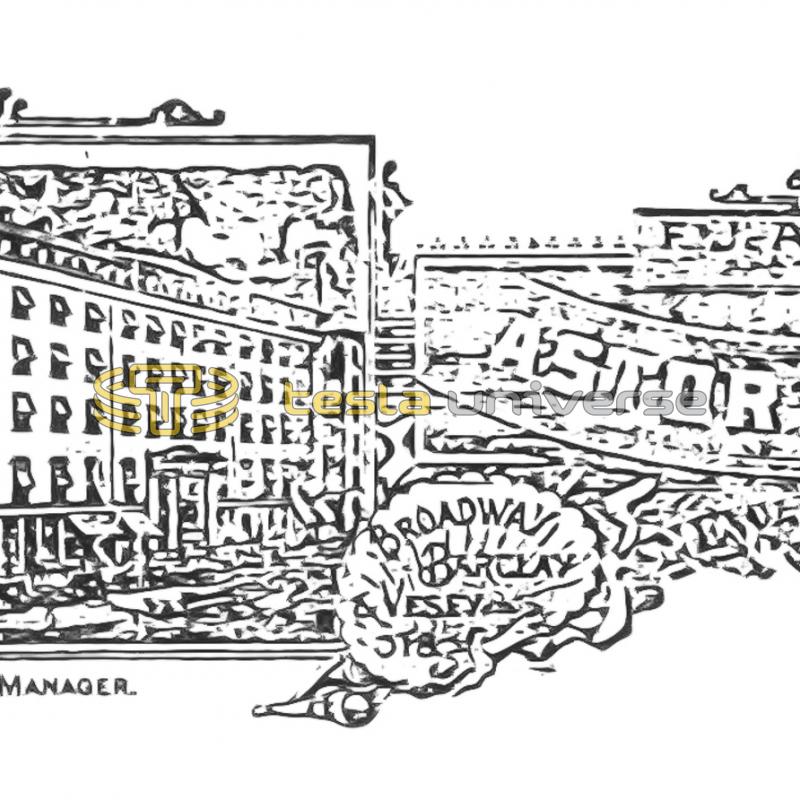 Astor House letterhead from the time when Tesla resided there. 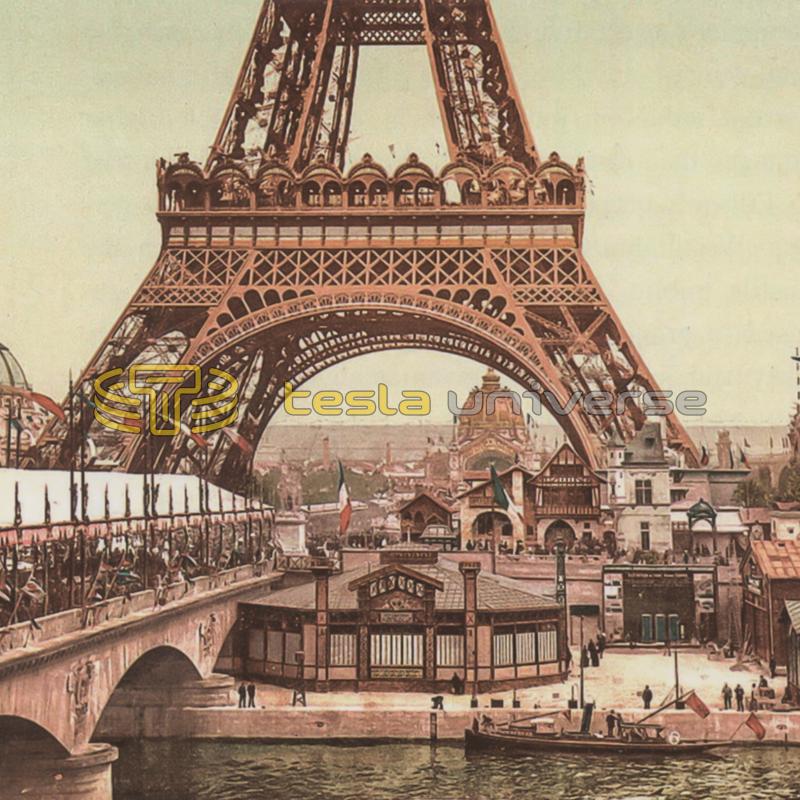 The Universal Exposition in Paris, France.

Upon returning to New York, Tesla located a new laboratory at 175 Grand St. There is little information known about this laboratory, but here Tesla would begin work with high frequency apparatus, wireless transmission and theories on the relationship between electromagnetic radiation and light.
1889

Tesla toured several hotels after his return to New York and chose the Astor House for his new abode. It was a posh, five-story establishment situated by a trolley line in the heart of the city.

Tesla visited Paris for the Universal Exposition and unveiling of the Eiffel Tower. While he was there he met Professor Wilhelm Bjerknes, a Norwegian physicist from the University of Stockholm. Bjerknes had replicated the work of Henrich Hertz and allowed Tesla to study his oscillator. Tesla also visited his homeland, including Smiljan, Raduc, Tomingaj and Plitivice Lakes before returning to New York.