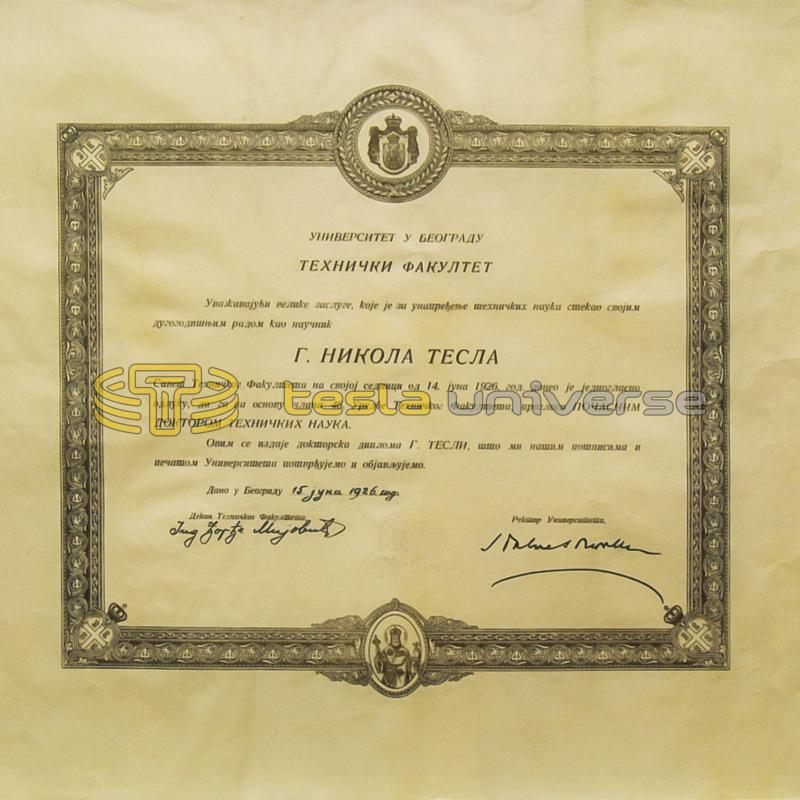 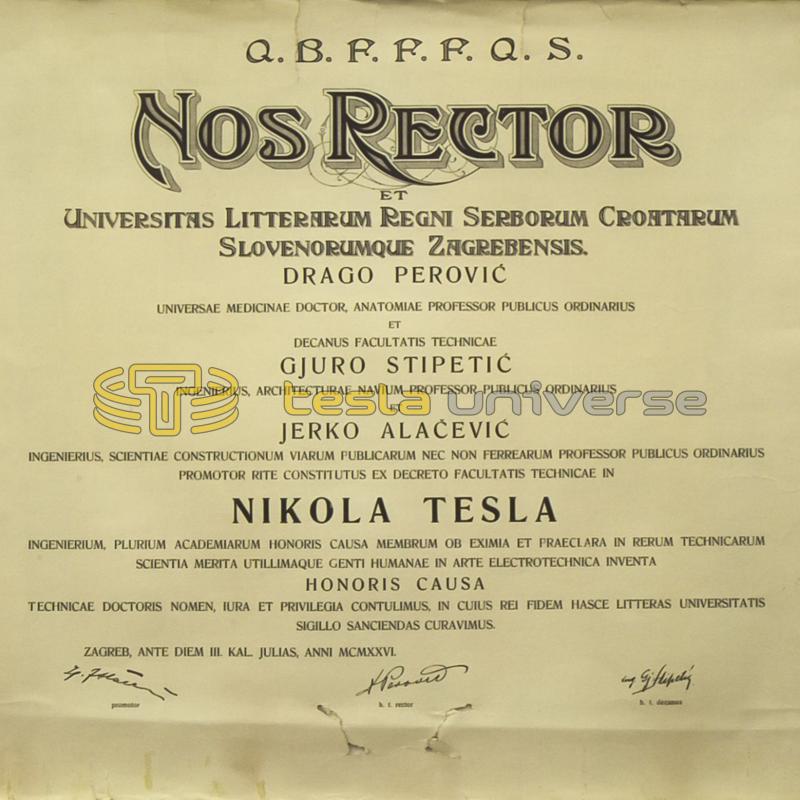 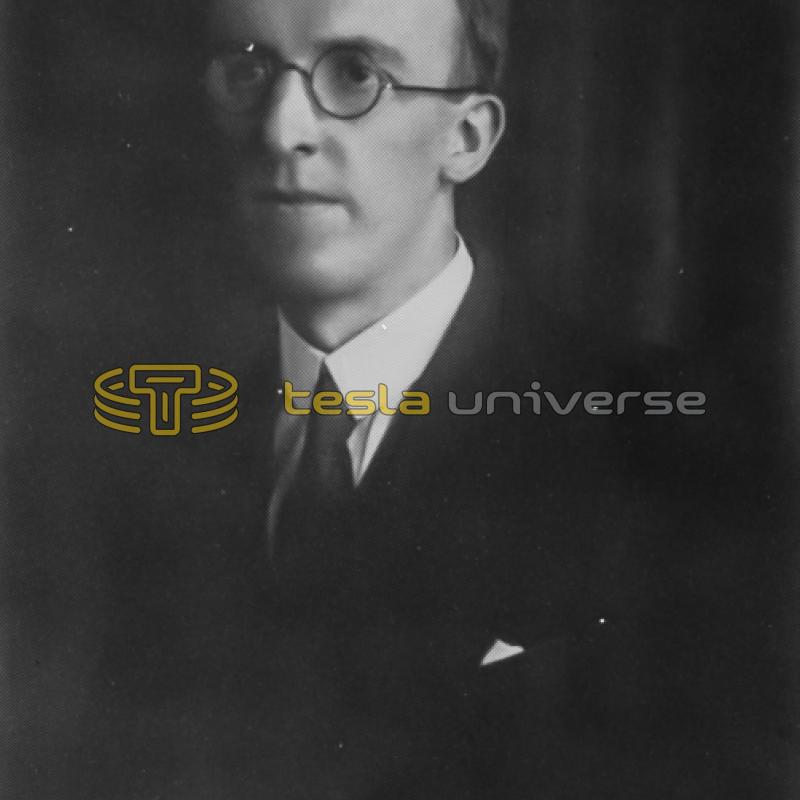 Tesla received a diploma of honorary doctorate from the Faculty of Engineering, University of Belgrade.

Tesla received a diploma of honorary doctorate from the University of Zagreb.

Sava N. Kosanović was the son of Marica Kosanović, Tesla's younger sister. Mr. Kosanović was also a diplomat carrying the title of Ambassador of the Federal People's Republic of Yugoslavia. During his visit to New York City, he met Tesla for the first time. Mr. Kosanović would later play an important role in Tesla's life.